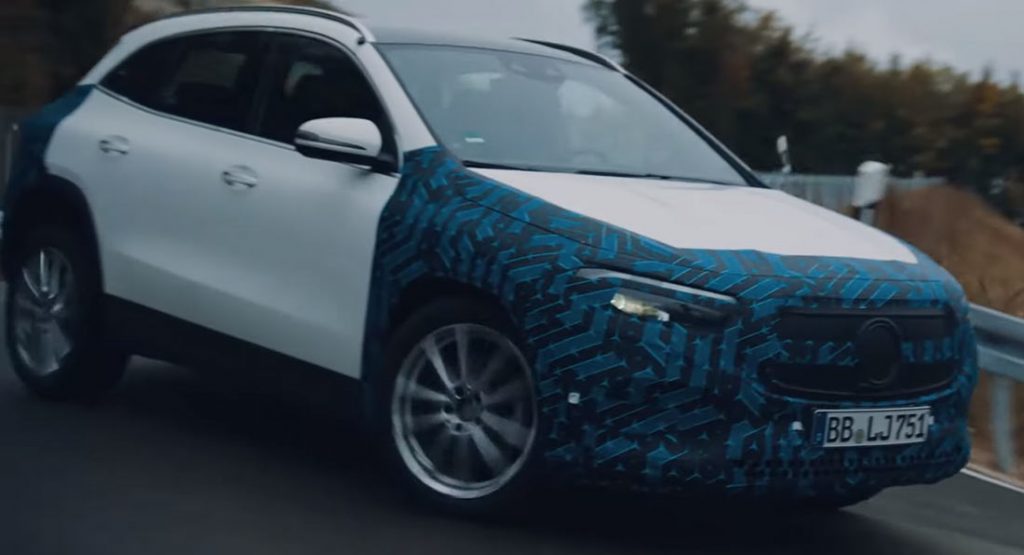 Mercedes-Benz is in the midst of an ambitious electric vehicle offensive and the EQA and EQS are two of its most eagerly-awaited EVs. This clip doesn’t just provide us with a good look at the pair but also explores the automaker’s Testing and Technology Center in Immendingen, Germany, where the cars are being developed.

The company’s impressive testing site encompasses no less than 30 different circuits and aims to replicate real-world driving. One of the most impressive parts of the facility is the high-speed bowl that mimics freeway driving and allows engineers to test prototypes to their absolute limits.

What’s more, the site includes what Mercedes-Benz says is the “most-used” ChargePoint charging station in the world that allows the car manufacturer to test out the charging capabilities of its electric vehicles.

As for the EVs themselves, the EQA was initially scheduled to debut before the end of 2020, but its unveiling has since been pushed back to 2021. When it does hit the market, it is expected to be offered with three powertrain configurations that pump out 201 hp, 268 hp and 335 hp respectively. Multiple battery packs will also be offered with capacities ranging from 60 to 110 kWh.

By comparison, the Mercedes EQS will sit at the top of the company’s electric range and have the ability to travel more than 435 miles (700 km) on a single charge under the WLTP cycle. It should also be unveiled in early 2021.