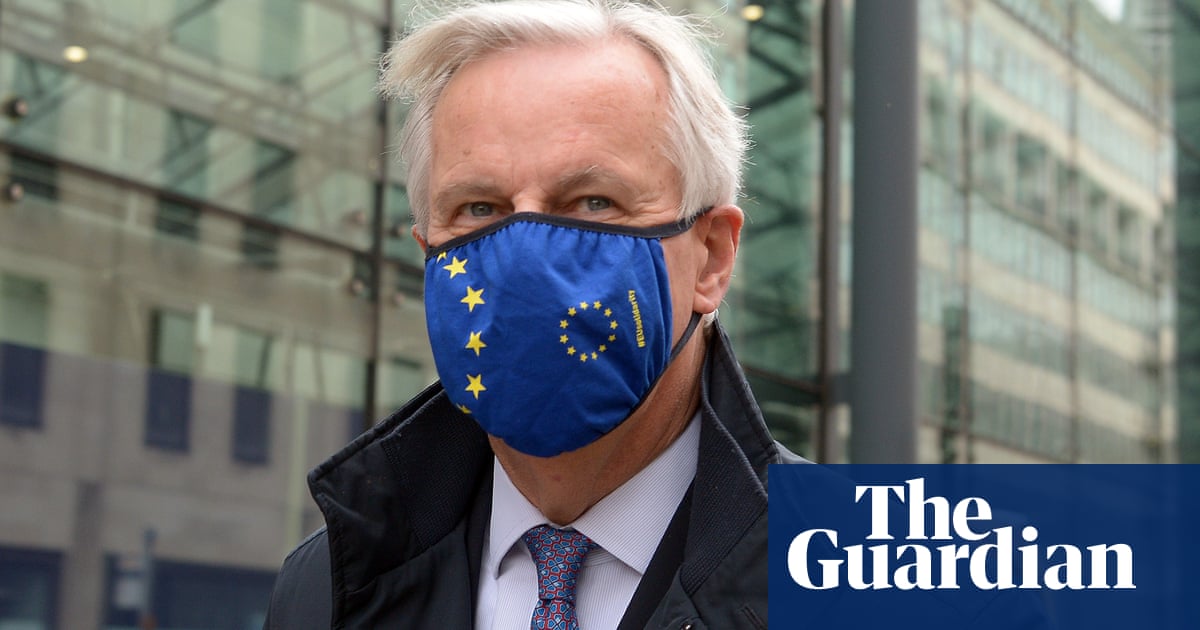 Michel Barnier has backed down from his threat to pull out of planned Brexit negotiations in London, telling EU ambassadors that he would persist despite a lack of progress over the last week.

The bloc’s chief negotiator told representatives for member states that he would travel on Friday evening to try to break the logjam over the most contentious areas.

He echoed the warning made by the European commission president, Ursula von der Leyen, earlier in the week, saying he could not be confident that Downing Street would compromise sufficiently for a deal to be possible. “It was pretty downbeat,” said one diplomat of the private briefing.

Barnier had told his British counterpart David Frost on Tuesday via videoconference that he could not see any point in coming to London unless the UK moved towards the EU’s positions.

Despite a lack of substantive moves by Frost in the past 48 hours, the EU negotiator opted to avoid a major crisis in the negotiations.

John Redwood was among a group of Brexiter MPs on the Tory backbenches who had celebrated the threat as a sign that the talks could collapse.

Barnier has been in quarantine since last Thursday after one of his team tested positive for coronavirus.

The negotiation remains stuck on the level of access that will be granted to European fishing fleets in UK waters and the means by which either side will be able to hit back if the other seeks to gain a competitive advantage by diverging on environmental, labour and social standards.

Following his briefing to ambassadors in Brussels, Barnier tweeted: “In line with Belgian rules, my team and I are no longer in quarantine. Physical negotiations can continue. I am briefing member states & European parliament today. Same significant divergences persist. Travelling to London this evening to continue talks with David Frost and team.”

The transition period, during which the UK has remained in the single market and customs union, will end in just 35 days.

It is understood that during a meeting of MEPs on Thursday, it was agreed that it would be very difficult for the European parliament to scrutinise and give its consent for a deal unless it was reached by next Wednesday.

An extraordinary sitting of the parliament has been pencilled in for 28 December. Officials have warned the member states that such is the lack of time that it is unlikely the 600-page treaty will be translated into all 24 of the EU’s official languages ahead of ratification.