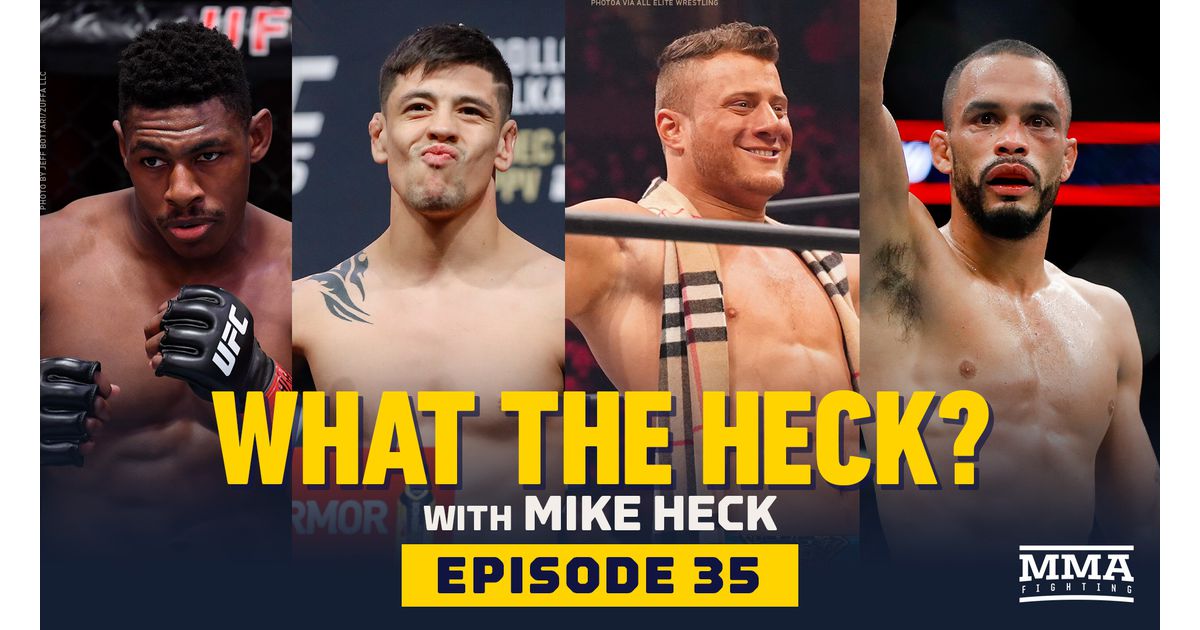 On this week’s episode of What the Heck, MMA Fighting’s Mike Heck chats with No. 1-ranked UFC flyweight Brandon Moreno (5:13) as he recaps his first-round finish of Brandon Royval at UFC 255, talks getting his opportunity to fight Deiveson Figueiredo for the 125-pound title at UFC 256 on Dec. 12, if he was impressed with the champion’s submission over Alex Perez, what being champion will mean to him, and Figueiredo saying there’s bad blood with Moreno.

UFC middleweight Joaquin Buckley (25:36) discusses his performance bonus-earning second-round KO of Jordan Wright at UFC 255, the pressures he felt to top his knockout of the year frontrunner over Impa Kasanganay, training with Khaos Williams, his response to James Krause’s accusations on a past episode of What the Heck, wanting the fight with Krause and future matchups with everyone possible from Glory MMA, and more.

All Elite Wrestling star Maxwell Jacob Friedman (43:36) joins the program for the first time. MJF discusses his colleague Jake Hager’s recent win over Brandon Calton at Bellator 250, being a fan of the UFC, his combat sports background, thoughts on how Conor McGregor and Colby Covington cut their promos, how he got into the wrestling business, working with Chris Jericho, and where he sees himself in the company by this time next year.

Finally, UFC bantamweight Rob Font (1:08:02) previews his upcoming fight with Marlon Moraes on Dec. 19, talks recovering from an ACL injury, how he reacted to getting the matchup for his first fight in over a year, his teammate Calvin Kattar’s big fight with Max Holloway, and where a win over Moraes can take him.

Check out the video above, or the audio-only podcast can be found below, on Apple Podcasts, Google Podcasts, Spotify, iHeartRadio, and Stitcher.