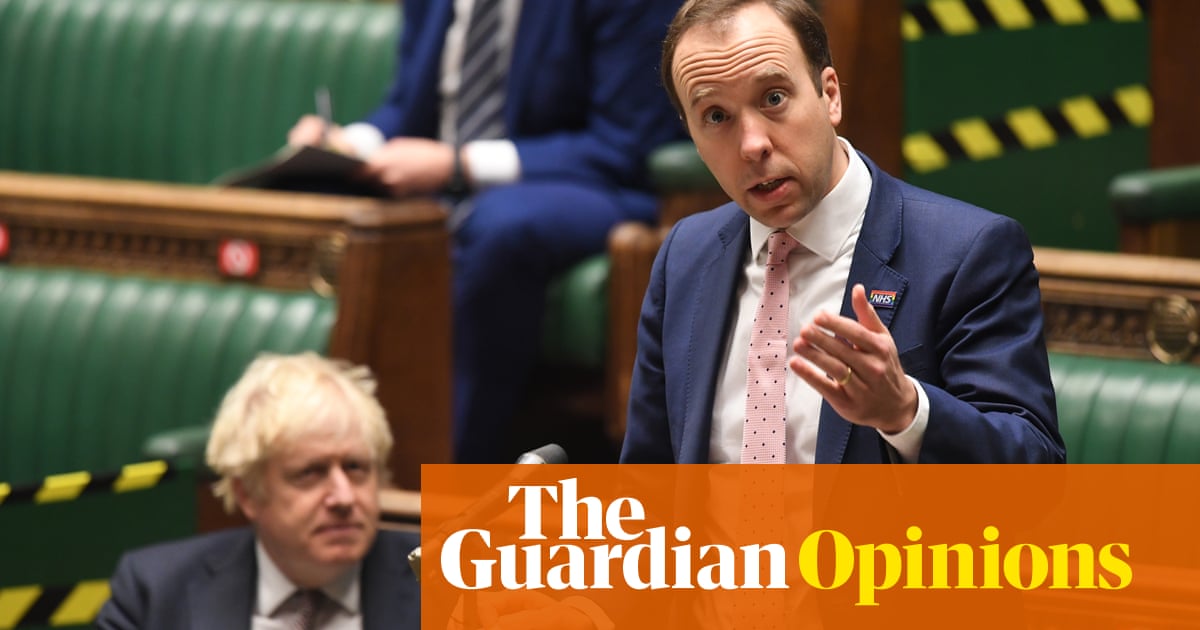 Some people get all the crap jobs. Even though Boris Johnson was out of isolation and in the chamber, it was left to Matt Hancock to make the statement on which coronavirus tier every English region would be dumped into once the national lockdown ended next Wednesday. And knowing that only Cornwall, the Scilly Isles and the Isle of Wight – about 1% of the population – had managed to remain in the lowest tier, the health secretary knew he was in for a rough time from many of his own grumpy MPs. The majority of the country, 57%, was to be in tier two, and 42%, predominantly in the north and midlands, would be in tier 3.

Hancock began on autopilot, repeating many of the familiar tropes he has used in previous statements about thanking the country for the sacrifices it had made and asking for another push to help see the NHS through January and February. At which point his logic began to fall apart. Because if you’re trying to reduce infections during the winter months, why on earth would you grant a five-day amnesty over Christmas? It was like turning the festive period into a Killing Zone.

That though, was pretty much the intellectual highpoint of his speech. Because within seconds he was presenting the revamped tiered system as a triumph of both the previous tiers and the four-week national lockdown. There was a clear model on which the new tiers had been decided, Door Matt insisted. But not so clear as to explain why some parts of London – which was to be in tier 2 – had higher infection rates than other towns and cities which had been put in tier 3. Nor what some areas, such as Kent, south Gloucestershire and north Somerset had been doing in the past few weeks to push them straight from the former lax tier 1 straight into the highest level.

The thing is that, deep down, Hancock has no idea if the new tiers will work or not or whether a third national lockdown will be necessary. But he does know that if the shit hits the fan, it will be his fan it hits. The only time he looked remotely chipper was when he was able to inform the house that Liverpool had been downgraded to tier 2 while Greater Manchester would remain in tier 3. That would teach Greater Manchester mayor, Andy Burnham, not to get stroppy over £5m and to be as compliant as Liverpool in future. Still, the tiering system would be reviewed in two weeks’ time – and weekly thereafter – so there would be plenty of time for arguments later.

Or now, even. The shadow health secretary, Jon Ashworth, asked for more details of what each region would need to do to move down a tier and what financial assistance would be available for those businesses most affected by being in tier 3. But – apart from a brief love-in between Boris and Jeremy Hunt who is desperate to get back into the cabinet, a prospect that Door Matt experiences, probably correctly, as an existential threat – that was nothing compared to some of the complaints from his own backbenches.

Many MPs from rural constituencies in the south – and a few in the north – were incredulous they had been downgraded to tier 2, while MPs from the more upmarket parts of Kent were incandescent that they had been bundled up with the more deprived areas of the county. Their constituents didn’t spend a fortune to live in the Lorry Park of England only to be contaminated by people living in the Thames estuary.

How come Kent couldn’t be treated as various districts rather than a single region? After all, Slough had managed to be treated as a lone tier 3 outlier in Berkshire. There again, Windsor was awfully close to Slough, and it wouldn’t do for Her Maj to be confined to a tier 3 area. Come the end, Hancock had received such a kicking, it looked as if there would be tiers before bedtime.

Boris did make an appearance at a Downing Street press conference in the afternoon, which was basically a more shambolic – at one point Johnson appeared to lose his place and nearly dropped his papers – version of Hancock’s statement. Only without cohorts of MPs to complain about which tier their constituency would be put in. Johnson rambled on about how it was important to “keep our foot on the throat of the beast” – most people would reckon the virus has had its foot on our throats for most of the last eight months – and had no idea how he was going to roll out the mass-testing system that would enable regions to come down from tier three to tier two. It would help if Boris thought before speaking sometimes. Every time he talks, a little more confidence that the virus can be beaten ebbs away. We need a leader not a harlequin.

Luckily, the prime minister was flanked by Chris Whitty and Patrick Vallance to give the briefing a little more credibility. Both made clear that though they hoped the new tiering system would be effective, it was still very much a work in progress. They also hinted that if it had been left to them, there would have been no Christmas amnesty and that hugging elderly relatives could be handing out a death sentence. Boris nodded earnestly, apparently unaware that the Christmas freedom pass had been his decision. Then, as Hancock would happily tell you, personal responsibility has never been one of Johnson’s strong points.