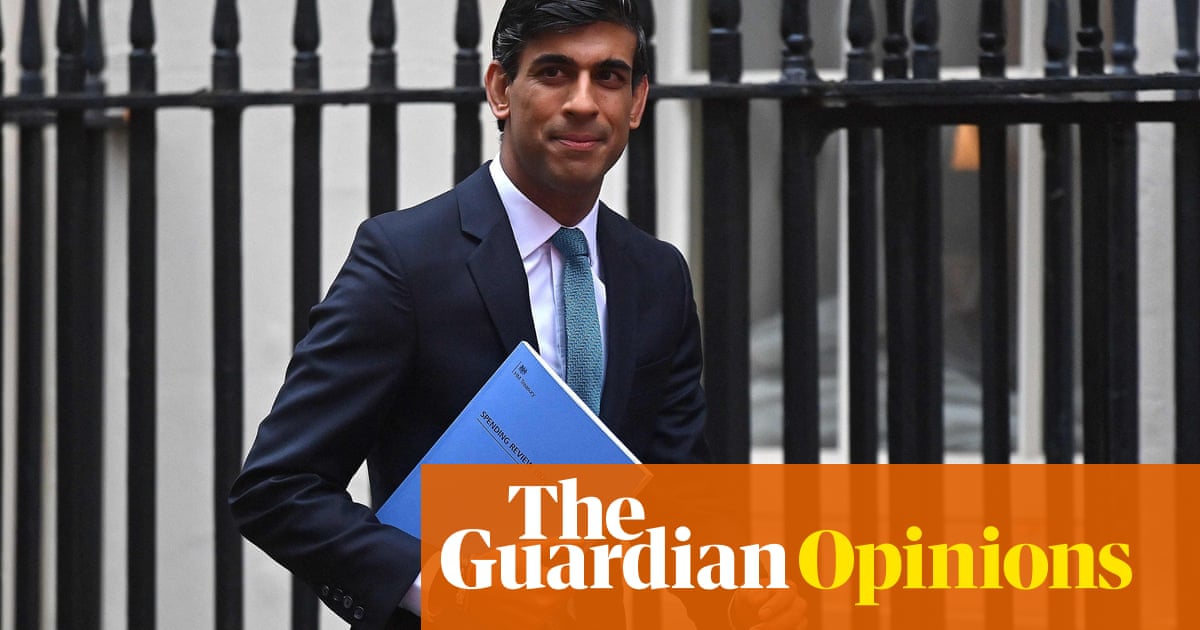 The final fiscal event of 2020 saw the chancellor, Rishi Sunak, extinguish the last vestiges of what remained of George Osborne and the 2010 coalition government’s political project. The government would borrow and spend at an unprecedented rate while slashing foreign aid – the legal commitment to which had been one of the few progressive accomplishments in the past decade.

The economic situation remains bleak: the chancellor noted that while Britain is in the middle of a health emergency, the country is only at the beginning of the economic emergency. The Office for Budget Responsibility (OBR) now forecasts that the economy will have contracted by more than 11% this year, the largest drop in 300 years. Output is not expected to recover to its 2019 levels until the fourth quarter of 2022. Unemployment will surge with 2.6 million people expected to be out of work by the middle of next year. The pandemic will leave permanent scars.

Government borrowing has soared as spending has ballooned and tax receipts have crashed. The OBR now expects the government will borrow £394bn this year, about half as much again next year, and more than £100bn a year for the foreseeable future. With interest rates at historic lows and borrowing over many years, the government actually expects to spend £20bn less on debt interest payments next year than in 2020.

The chancellor spoke earnestly again and again of the priorities of the British people. These apparently did not include retaining the £20 weekly boost to universal credit on which so many families rely, nor on protecting the pay of teachers, care workers, firefighters or police officers. No matter that it has rarely been clearer that society depends on the dedication of these workers nor that their spending power is essential to revive the private sector too.

While more than one million NHS workers will see their pay rise – as will public sector workers earning below the median wage – the rest will endure a real-terms pay cut. It will generate all the more anger considering a small army of cronies and hangers-on in Tory social circles have profited from the scandalous largesse in government procurement during the pandemic.

The chancellor announced that the government would spend £55bn on Covid-related costs in the year ahead – no doubt leaving those Tory cronies salivating at the opportunities for profit – including £18bn for testing, tracing and vaccines. The NHS would receive an additional £3bn on top of its existing multi-year settlement with the Treasury, meaning a total uplift of £6.6bn. Yet this will barely make a dent in the enormous expansion in waiting lists as a result of the pandemic.

The increase in public capital investment – rising by £27bn to £100bn next year – is welcome. There is to be a new national infrastructure bank headquartered in the north of England, an idea from the IPPR thinktank that was included in Labour’s last manifesto. Indeed, the plans for capital investment are remarkably similar to the former chancellor John McDonnell’s proposals for a “national transformation fund” of a similar scale.

The chancellor returned to the theme of “levelling up” to announce what looks like a new scheme to try to buy votes ahead of the next leadership contest and the next general election, when the time comes. A new £4bn fund is to be created that will be centrally managed by Whitehall departments including the Treasury. Local areas will be able to bid for money for any project to improve their area so long as it satisfies two nakedly political conditions: that it will be delivered before the next general election and that it has the support of the local MP. Politicians and civil servants in Whitehall will have new opportunities to meddle, from local museums to road humps.

Sunak’s seemingly relentless focus on self-advancement was on display elsewhere, too. If not to delight the Tory base by signalling “toughness”, how else to explain the needless and immoral cut to foreign aid? After breezily declaring the government would protect the world’s poorest, the chancellor proceeded to announce he would slash funding for Aids medication, vaccines, clean water and sanitation, primary education and all the other areas that overseas assistance provides. His personal ambition is only matched by his chutzpah.

The reality is that neither Sunak nor the Tories or Britain’s wider political class have woken up to the essential truth of the pandemic: Britain needs structurally higher government spending and that means permanently higher taxes, too. That is the coming test for political economy in the year ahead. The mismatch between what we want and need the state to do and the willingness to pay for it has been laid bare in this crisis. It can endure no more.

• Tom Kibasi is a writer and researcher on politics and economics