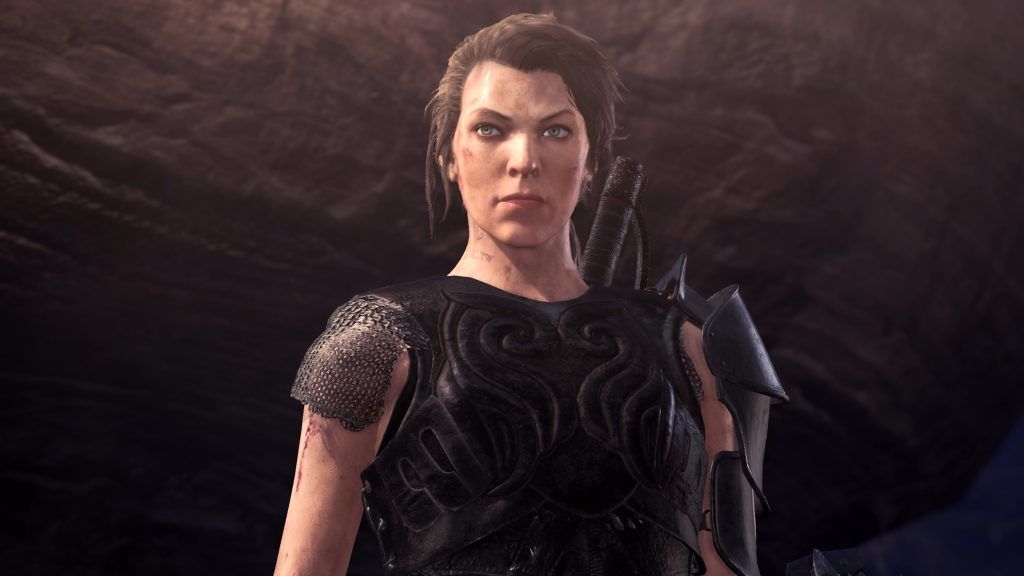 The Monster Hunter movie directed by Paul W. S. Anderson is coming out in December, and so here’s the inevitable marketing crossover. A singleplayer side story is being added to Monster Hunter: World Iceborne in which you play as Milla Jovovich’s character from the movie, Artemis.

Jovovich voices the character, who kind of looks like her, in two limited-time event quests you’ll need to be Master Rank to unlock. The first sets you up against a Black Diablos in the Wildspire Waste, and rewards you with the materials needed to craft an Artemis α+ armor set, as worn in the movie. It includes Earplugs, Health Boost, Stun Resistance, and two set bonus skills: Hasten Recovery and Great Luck.

The second quest involves beating a Rathalos for the material to craft another set from the movie, the Artemis Layered Armor, though Capcom haven’t detailed what that one will do for you yet. You’ll also get new titles, a guild card background, and a pose.

These quests will be available starting December 3 at 4 pm PST, and will remain playable for a year. Additionally, anyone who logs in after November 26 at 4 pm PST will get an item pack, which can only be redeemed once per character. It includes:

The Monster Hunter movie will release on December 25 in the US. The latest trailer avoids all the weird real-world military stuff and actually shows what seem to be the good parts, like the monster-fighting, Tony Jaa jumping around a bunch, and most important of all, a palico. So that’s something.