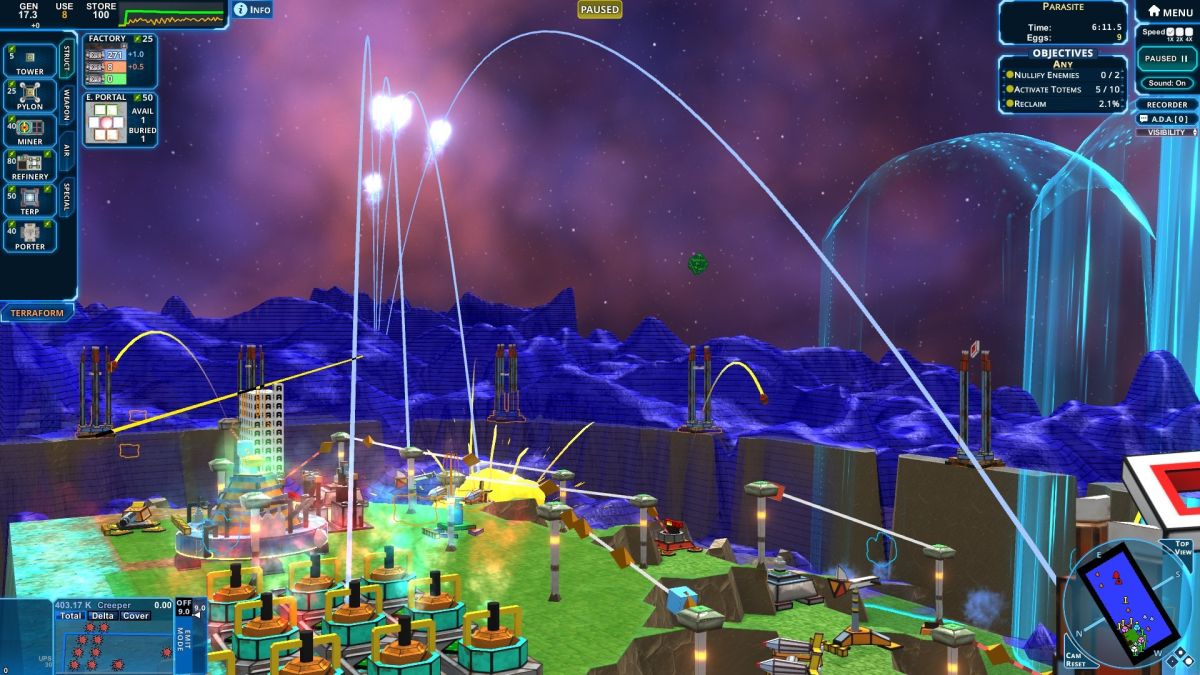 If fighting an endless tide of goop sounds like your idea of a good time then I have good news, because Creeper World 4 releases on December 3rd. Strategy game series Creeper World is the product of developer Knuckle Cracker, and Creeper World 4 is the series’ first step into 3D.

Creeper World is a pretty unique series, an RTS which scales from casual fun to hardcore multitasking, where instead of an enemy with traditional units you instead fight an oncoming blue tide that devours all it touches. You fight this enemy by blowing it up, burning it, shooting it with lasers, and destroying the growths which spread it. You can play a demo of Creeper World 4 right now on Steam.

The newest addition has a lot of new features, with the addition of proper wave physics for the gelatinous Creeper being the biggest change. The importance of high ground is also renewed in full 3D. The initial release will have a campaign, random maps, challenges, community map sharing, and a custom unit editor. If you’d like to see more you can check out a nice long livestream of the game, from this August, over on the developer’s YouTube channel.

We first got a look at Creeper World 4 in January of 2019, when it was in alpha, and it has come a long way since then. You can find Creeper World 4 on Steam or on the Knuckle Cracker games website. Creeper World 4 will release on December 3rd, 2020.