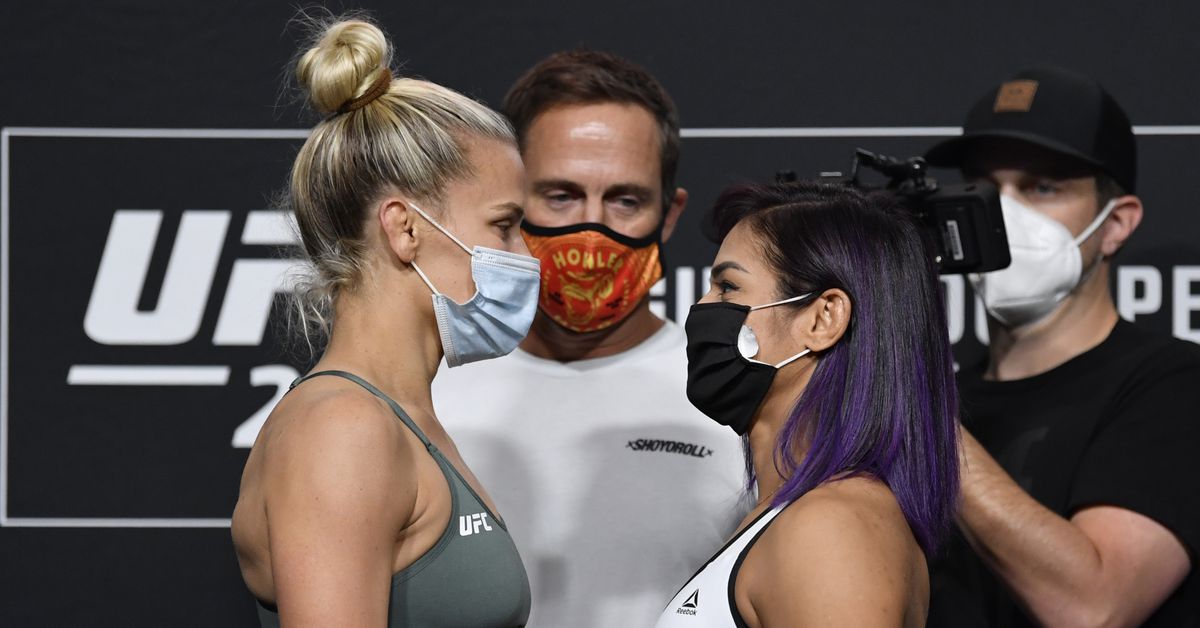 This is the UFC 255 live blog for Katlyn Chookagian vs. Cynthia Calvillo, a flyweight main card bout on Saturday’s fight card at UFC APEX in Las Vegas.

The flyweight veterans approach the bout from different sides of the win column. Chookagian is just one month removed from a TKO loss to former champ Jessica Andrade, which left her at 1-2 in her previous three outings, including a failed bid for the belt against Valentina Shevchenko. A 6-2 record in earlier competition gave Chookagian her shot at the title, and she now looks to make an argument for another one.

Chookagian has batted down reports of split focus given her desire to start a family and aims to make a statement against Calvillo, whose most recent octagon appearance ended with a decision over one-time title challenger Jessica Eye. Previously booked to fight Lauren Murphy, Calvillo took the fight with Chookagian when she balked at rescheduling her meeting with Murphy. The bout with Eye marked her debut at 125 pounds after several misses at the scale.

Check out the UFC 255 live blog below.