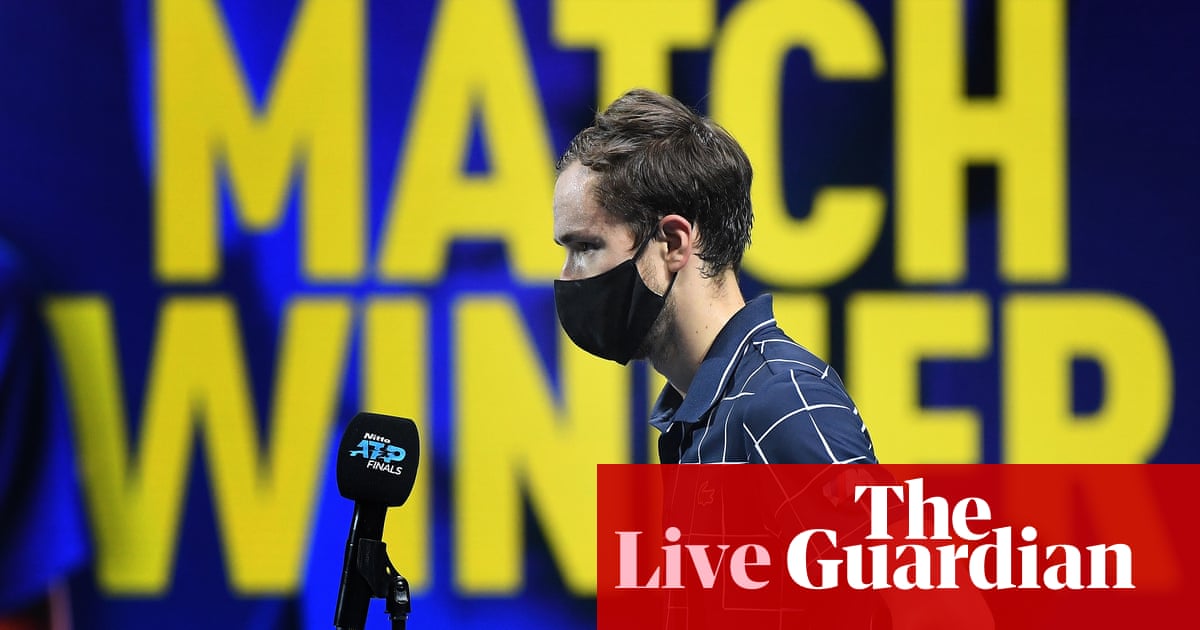 A few Daniil Medvedev stats thanks to the ATP stats team:

If Daniil Medvedev wins, he will be just the fourth player in history to beat the top 3 players at one event.

So, what should we be looking out for today? I am particularly interested in how both players return today. For all of his great results this year, Thiem has only broken serve in 4/55 (7%) of return games this week, an astonishing stat. He broke Nadal and Novak Djokovic just once in each match while Medvedev managed to do so 7 times against them in total.

Firstly, this reflects how well Thiem’s served this week. He is by no means the biggest server in the world, but his variety on serve, with heavy topspin, slice and precision, is excellent. His plus-one shot (forehand) after his serve has also been sublime as usual.

This stat also reflects how clutch he has been in the big moments, keeping hold of his serve and then backing himself to elevate his level when it matters. Against Nadal, he recovered from 2-5 down in the first set tiebreak, saving one of Nadal’s set points with an 100mph inside out forehand bomb. Against Djokovic he recovered from 0-4 in the third set tiebreak with some magnificent ball-striking. Can he continue to live on the edge tonight?

It will be tough. Medvedev handled both Djokovic’s and Nadal’s serves far better than anyone else in the tournament and he has also served extremely well. He did also show against Nadal that he can sometimes lose his serving rhythm as he did at 3-4 in the first set.

In the end, Medvedev should be extremely disappointed if he doesn’t put Thiem’s serve under pressure and introduce a different dynamic than in the previous matches this week.

Also keep an eye out for how much Thiem decides to use his slice backhands in order to make Medvedev’s flat groundstrokes uncomfortable. At the US Open, he sliced the majority of his backhands and it worked well. Last night, Medvedev had plenty of practice against Nadal’s backhand and he showed that he can adjust after initially struggling.

A big tennis birthday today. Billie Jean King is 77. Here is my interview with her from September.

Hello! Welcome to our coverage of the final final of the ATP Finals in London. It does feel quite fitting that this last edition at the O2 Arena has produced what feels like a notable shift. Both Rafael Nadal and Novak Djokovic started this tournament in good health and decent form, neither played badly but they were both beaten by Daniil Medvedev and Dominic Thiem, tonight’s finalists.

At least four generations of challengers have come and gone since Roger Federer and Nadal first faced off at a Grand Slam tournament in 2005 but finally there is an indication that, as Nadal and Federer tread deeper into their 30s, at least Thiem and Medvedev are prepared to compete with and beat them consistently. Still, doing so over best of 5 sets at Grand Slams is a completely different challenge and the coming years will be fascinating to see just how long the top two players continue to dominate in the tournaments that really matter.

Today, we will focus on a budding new rivalry between Thiem and Medvedev. They have played four times in the past, with Thiem taking a 3-1 lead in the head-to-head, but really only their most recent meeting is relevant here. Medvedev had not yet broken through when he was edged out 7-6(5) in the third set by Thiem in 2018 and of their two matches in 2019, Thiem demolished Medvedev on clay in Barcelona and then Medvedev picked a part a sick Thiem in Montreal.

When the pair played in the semi-final of the US Open this year, at the time it really felt like a de-facto final. Medvedev’s performance was extremely disappointing. He led 5-3 in the second set and 5-2 in the third set but he ended up falling in straight sets to Thiem, 6-2 7-6(7) 7-6(5).