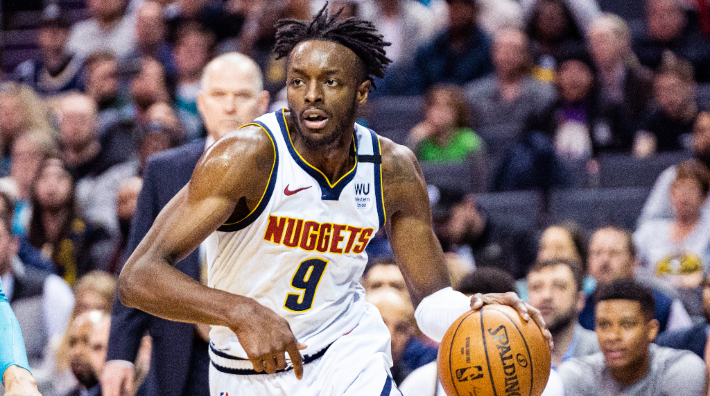 The first day of free agency saw a number of major deals as, despite very few teams holding significant cap space, teams around the league found ways to lock in free agents on the opening day of action.

Among the teams with significant cap space are the Detroit Pistons and they were very active on Friday, signing Josh Jackson, Jahlil Okafor, and Mason Plumlee to deals, but they weren’t done there — and weren’t done signing former Nuggets. Late on Friday, word emerged that they had managed to swipe Jerami Grant away from Denver on a pretty massive three-year, $60 million deal.

The Nuggets were expected to be pushing to keep Grant after he played a significant role for them in their run to the Western Conference Finals, as their leading defensive wing, taking on the top assignments on both the Lakers and Clippers in LeBron James and Kawhi Leonard. Denver will now have to replace that production, particularly on the defensive end, while Detroit will be banking on him being able to take on an expanded role on the offensive end, both spacing the floor as a shooter around their lottery pick Killian Hayes but, for $20 million a year, they will clearly want him to be more of an on-ball threat as well.

That’s a role Grant likewise wants, as he reportedly turned down the same amount of money from Denver for a larger role in Detroit.

The Denver Nuggets offered the same contract to Grant as the Pistons did (3 years, $60 million) but Grant wanted a bigger role as I reported earlier. That is the defining reason for his departure. https://t.co/7kY6No6paT