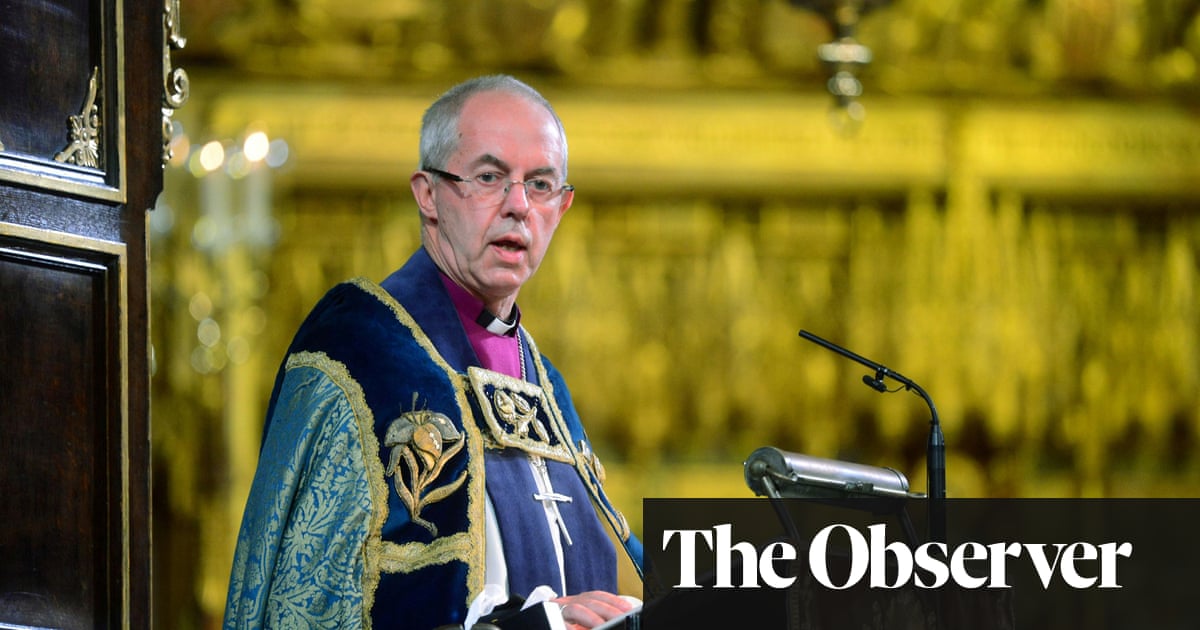 The archbishop of Canterbury, Justin Welby, has warned the government against slashing billions from Britain’s overseas aid budget as part of this week’s spending review, as he called on the country to stand by the world’s poorest in “tough times as well as the good”.

In a significant intervention over the threat to aid spending, Welby said he had seen first-hand the impact of UK aid and how “our generosity and strategic input has genuinely changed lives and communities for the better”.

It comes amid an outcry from charities and aid groups after it emerged the Treasury is considering cutting more than £4bn from the aid budget and breaching its commitment to spend 0.7% of gross national income on aid each year. The plans under consideration would see it cut temporarily to 0.5%. The move is being examined as chancellor Rishi Sunak examines ways to alleviate the UK’s record peacetime deficit.

Welby is the latest to raise concerns: senior Tories, aid groups and charities have already spoken out. There are also worries within the cabinet about any cut. Foreign secretary Dominic Raab praised the government’s 0.7% aid target as recently as last week.

“I’ve seen the good done by UK aid around the world,” Welby told the Observer. “Our generosity and strategic input has genuinely changed lives and communities for the better. In his teaching, Jesus tells us we mustn’t limit our concept of neighbour simply to those close by to us. We need to heed that message in the tough times as well as the good.

“A global recovery from the economic consequences of the pandemic requires a global response. Keeping our aid commitment is a strong signal that the UK is a reliable partner for long-term economic, social, environmental and educational advancement across the globe.”

His warning follows similar concerns from former prime ministers David Cameron and Tony Blair, who said on Saturday that a cut in aid to help pay for the coronavirus fallout would hit Britain’s “soft power” in world affairs. John Major also has concerns. It comes after Boris Johnson announced a £16.5bn, four-year boost to the defence budget.

Former foreign secretary Jeremy Hunt has led the Conservative opposition to the proposal. Last week, he urged Boris Johnson not to “listen to any voices in his ear that say the way to fund [the extra defence spending] is a temporary cut in the 0.7% aid commitment … In a year when 100 million more people have gone into extreme poverty, I know that he would not want to send the wrong signal out to the world about our values as a country.”

However, the prime minister has repeatedly dodged requests to rule out a cut to the 0.7% commitment. Downing Street has said there “may be circumstances” when suspending the aid target was the right move. The target is enshrined in law, but can be avoided without a change in the law in times of economic difficulty.

Almost 200 charities and aid groups have already joined forces to denounce any cut to the spending target. Some say that a reduction to 0.5% in 2021 would mean a reduction of just over £4.6bn, or 30%, compared to 2019.

The alliance, including Save the Children, Greenpeace UK, Christian Aid and VSO International, warned: “When 115 million people look set to be pushed back into extreme poverty, now is the time for an international, collaborative response to Covid-19. It is a time that requires increased, not decreased, engagement from the British government in its efforts to make the world healthier, safer and more prosperous.”

Insiders are warning that a 30% reduction in aid programmes across the board would detrimentally affect education, clean water and vaccination programmes, though ministers could seek to ringfence some aid schemes and pause others.

The row over the budget comes soon after the merger of the Department for International Development with the Foreign Office, a move that also caused an outcry. The Conservative manifesto pledged to safeguard the 0.7% spending goal.

A spokesperson for the Treasury said it could not comment on speculation before the spending review was announced.