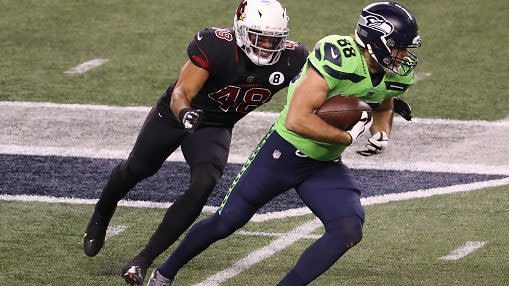 When Seahawks tight end Greg Olsen left Thursday night’s game with a foot injury, there were immediate concerns that it might have been the end of his career. Olsen is said to be considering retirement after this season, and he already has a job lined up as a FOX Sports analyst.

But Olsen insists he’s not done. On Twitter, Olsen wrote that the injury won’t be the last thing that happens to him on the football field.

“I refuse to allow this to be my final moment. I will find a way to finish on my feet!” Olsen wrote.

Olsen is expected to miss four to six weeks, which would allow him to return around the end of the regular season or start of the postseason.

Greg Olsen: “I refuse to allow this to be my final moment” originally appeared on Pro Football Talk