Early on in Steve McQueen’s film Lovers Rock, two girls arrive at a party. The man on the door, impressed with their outfits, lets them in for nothing. “It’s lovely to have such well put together ladies,” he says. “Well put together” could be the motto for the style of the lovers rock scene in the black British community of the 70s and early 80s: frilled dresses, smart suits and “done” hair were central. The narrative here, a sweet love story with extended dance sequences to Janet Kay’s 1979 hit Silly Games, as well as Carl Douglas’s Kung-Fu Fighting, is even more evocative thanks to a look that feels glamorous and also new. 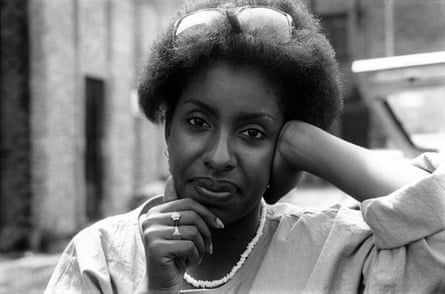 Unlike the fashion around other reggae subgenres – the sharp suits of ska, say, or the red, gold and green of roots – this look has not seen much screen time before. “It was quite hard to find any reference for at all,” says Jacqueline Durran, the film’s costume designer. To learn more, she spoke to the cast’s parents for their memories of clothes at the time. “I started to think how brilliant it was to see a style that has not really been appropriated or taken up in fashion in the years after.”

Now may be the time that changes. As well as McQueen’s film, the designer Grace Wales Bonner called her autumn collection Lovers Rock, inspired by John Goto’s photographs in a book of the same name, documenting young black people at a Lewisham community centre in 1977. The designer says McQueen’s film felt like “a moving photograph” to her, because she had studied archive imagery of the era. She says she noted a simplicity to the clothes, which is augmented by the person wearing them. “Whether you’re making your own clothes or it’s secondhand, it’s bringing something to it, a sense of imagination,” she says.

The young people in this scene would mostly have been born in the UK, the children of immigrants from Caribbean. This meant there was a shift in attitudes to style from their parents, with the lovers rock look showcasing that. “The previous generation may have conformed a lot more in terms of dress,” says Wales Bonner. “[In the 70s] it’s like: ‘We were born here.’ In terms of style, [it’s more] expressive, playful and confident.” 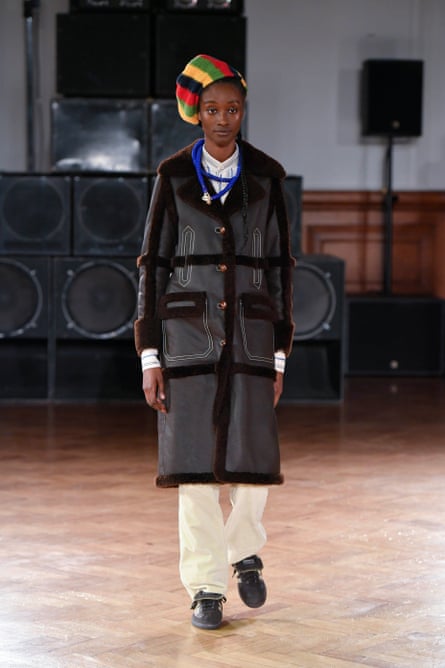 “Confident” is a word that resonates with Carol Tulloch too. An academic, her book The Birth of Cool discusses the importance of clothes to the postwar Caribbean community in the UK. She says the lovers rock look followed “the black consciousness movement, and the 70s and afros and Rastafarianism”. It is “very black, it’s a very black aesthetic, but it’s a much more quiet way of communicating that look.” Tulloch tells an anecdote of a French colleague – who is also black – querying the inclusion of a photograph of a young woman with a lovers rock hairstyle in an exhibition they were co-curating. “To her it looked very ordinary,” says Tulloch. “I said: ‘This the complete opposite to ordinary!’ It’s the understatedness that is powerful. The understatedness came through the confidence of who they were.”

A put-together glamour was an aspiration for men and women. The reggae star Gregory Isaacs, in his dapper suits, was the style icon for men at the time, including Tulloch’s brother who, she says, straddled casual style and lovers rock. When they were growing up in Doncaster, and he was going out, “the music would be on, the bed was moved over, so he had space while he was getting dressed. Then we’d have the whiff of the aftershave, and he’d come down the stairs, and he was out.” 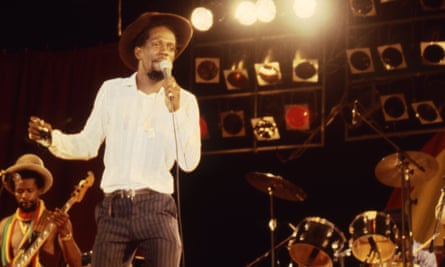 There was perhaps more of a freedom for this generation to play with style; to mix up references from both their Caribbean heritage and the British culture they had grown up among. Those in the lovers rock scene wore Aquascutum and Burberry checks, for example. “The appropriation of British style details was already happening in Jamaica,” says Durran. “The Burberry check thing and the Clarks shoes and all these British things. [They were] very much became part of Jamaican style, and reprocessed in England to make this look.”

For Wales Bonner, these “intersections” are exciting. She says she is drawn to the ways immigrant communities “bring a sense of their culture here, but also adopt certain things and traditions and codes. I remember reading about these Indian women who were really into these cardigans and knitwear that they wouldn’t have had … Even something like Clarks, in Jamaica they really represent British proper making, and are a sign of status. I’m always interested in how things can become transformed. I think that is where style becomes really inventive.” 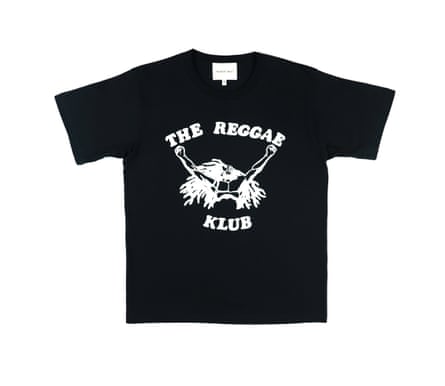 If lovers rock specifically is enjoying a moment in the spotlight, reggae style in general is providing inspiration for fashion, too. Wales Bonner has just launched a collaboration with Adidas inspired by the wardrobe of Bob Marley, and her spring collection, showcased with a film in June, looks at the beginnings of dancehall in Jamaica. It’s an era that she believes “changed style quite drastically”. Lee “Scratch” Perry, the 84-year-old dub pioneer, has been featured on the cover of Kaleidoscope magazine wearing Gucci. And Nicholas Daley was inspired by reggae singer Peter Tosh for his spring collection. Daley was influenced by the reggae parties his parents put on in Scotland in the 70s. His Reggae Klub T-shirt – a recreation of a design made by his parents – launched this week. And he will curate an immersive exhibition, Return to Slygo – a play on IMan SLYGo, the DJ name that his father uses – at the NOW Gallery in London in February.

Tulloch believes all examples of reggae music and style coming together, whether ska, lovers rock or dancehall, form “a continuous line”. “[It’s about] the importance of music in the lives of black people in Britain, whether secular or non-secular,” she says. “And you can’t separate the clothing that comes along with that, whether secular or nonsecular.”