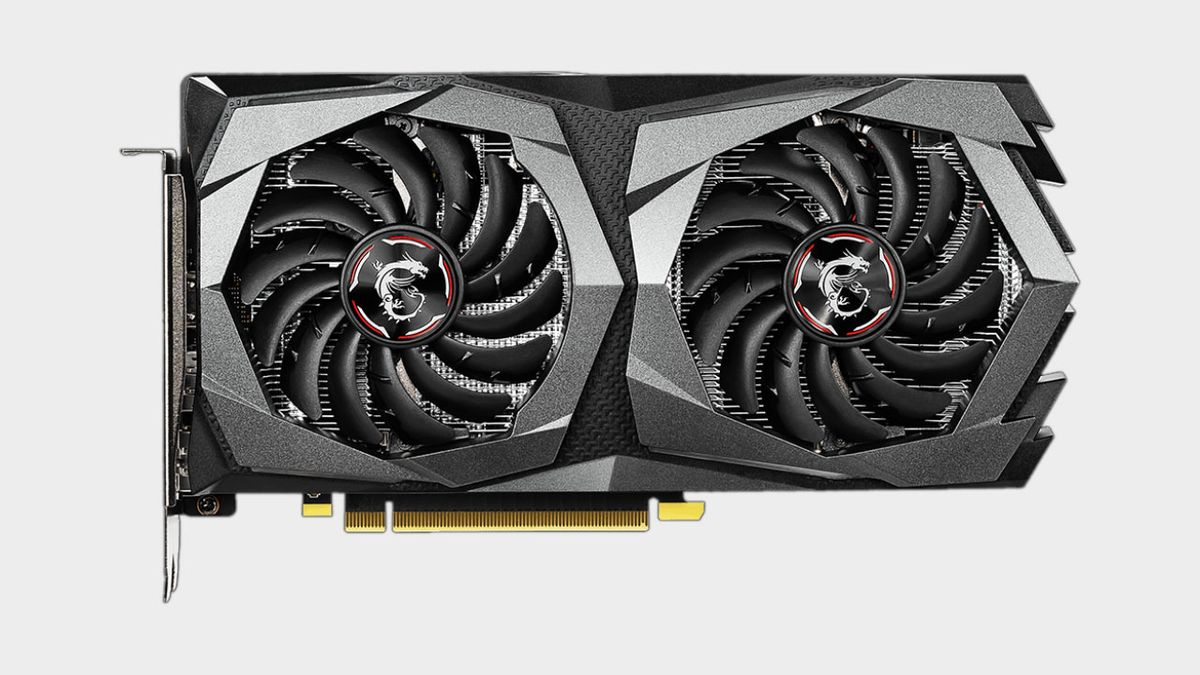 Be careful if you’re considering purchasing one of the GeForce GTX 1650 graphics cards. There are two versions here, which aren’t always immediately discernible from each other. The slightly older model, released in early 2019, uses GDDR5 memory. It’s one of the only 16-series GPUs from Nvidia to do so, and it is outperformed by the later GDDR6 version of the 1650, which runs between five and ten percent faster despite no real difference in price.

The GTX 1650 was itself superseded by the 1650 Super in November 2019, but it remains the cheaper of the two cards. The price difference can vary significantly depending on stock and available models, and while the RRPs of the two cards are only ten bucks apart, 1650 Super cards can currently cost as much as $200 while standard 1650 GDDR6 cards are unlikely to be found for more than $170.

Effectively a follow-up to Nvidia’s previous budget GPU (that’s the GTX 1050, for those not in the know), the 1650 is a fairly pedestrian graphics card suited for mid-range 1080p gaming. It should be able to handle most games at FHD resolution and medium graphics settings without falling below 60fps, but won’t provide too much excitement. It is, however, cheap and low-powered, not requiring a dedicated PCIe power cable from your power supply on most models. The 1650 Super, on the other hand, does require its own power cable.

What are the alternatives to the GTX 1650?

The GTX 1650 Super is the only real competition that should be considered when looking in this area, since it delivers noticeably better 1080p performance without being a great deal more expensive. While AMD’s older Radeon RX 580, and RX 590, theoretically sit in the same bracket, they are becoming harder to find at reasonable prices and the 1650 Super is a lot newer. There’s also the RX 5500 XT, which can match the 1650 Super for performance, although you’re unlikely to find one of these for less than $190.

Price-tracking GTX 1650 cards on Amazon is a tricksy business. The newer GDDR6 models have yet to properly go on sale, so their pricing sits steady around the $160 mark. Anything below this is worth considering. Older GDDR5 models have gone for as cheap as $130 in the past, which is an excellent deal for a budget GPU even given the somewhat slower VRAM.