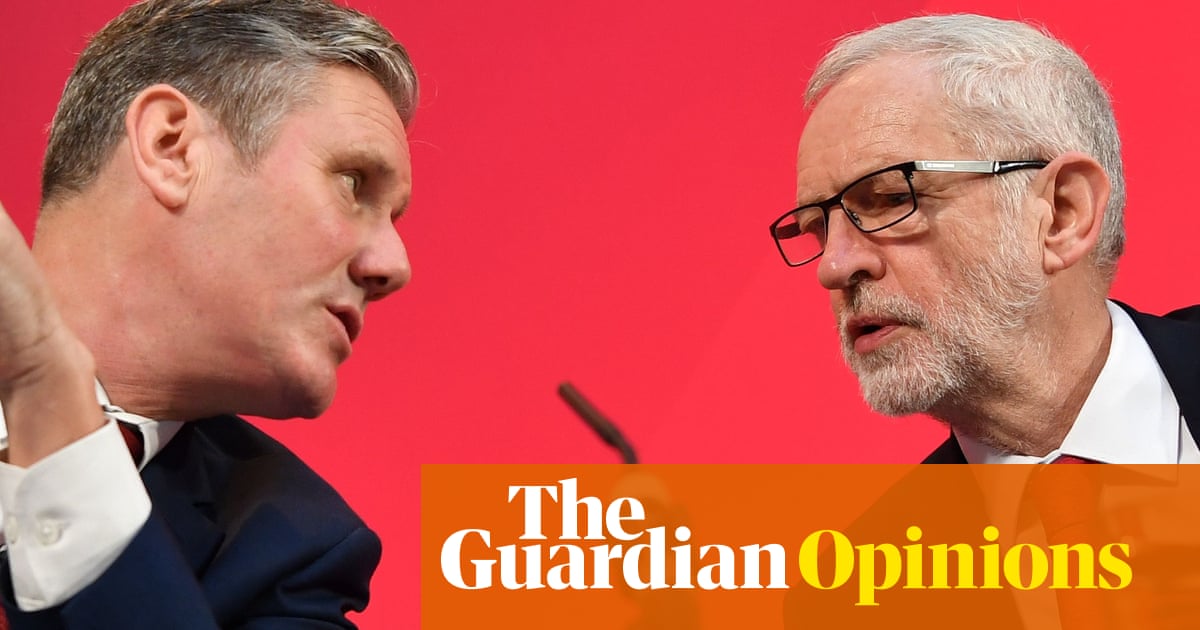 The recent suspension of Jeremy Corbyn from the Labour party left many supporters feeling distraught and betrayed. Those on the left of the party didn’t believe the suspension was merely because of his response to the recent EHRC report. Rather, they saw it as the latest in a series of factional and rhetorical manoeuvres by Keir Starmer and Labour’s right wing, aimed at marginalising the left within the party.

Starmer’s refusal to restore the Labour whip to Corbyn after he was reinstated by the party’s national executive committee has only reinforced these suspicions. Whether members are right to feel this way or not, the nature of Labour’s latest crisis tells us something about underlying problems with the nature of British democracy that are only becoming more pronounced as the 21st century advances.

The Labour party has undergone many comparable convulsions in its 120-year history, and almost all have been the consequence of groups and individuals with entirely different values and political aims being forced to fight it out for control of the same institution. The first Labour prime minister, Ramsay MacDonald, was expelled by his own party in 1931, after forming a government of national unity with the Conservatives, committed to destructive austerity as the response to the great depression. The party branded him a traitor to the socialist cause.

In 1981, a bloc of rightwing MPs broke away from Labour to form the ill-fated Social Democratic Party. The SDP, in alliance with the Liberal party, failed to “break the mould” of British politics; but they did help to keep Thatcher in power for the next eight years by splitting the opposition vote, and would eventually merge with the Liberals to form the Liberal Democrats. More recently, another tranche of rightwing Labour MPs tried and failed to popularise a new political organisation with their Change UK project.

In a normal parliamentary democracy where seats are allocated according to the proportion of votes received nationally, none of these people would be in the same party. Corbyn would lead an explicitly socialist party, whose internal bureaucracy would not have spent the past five years trying to undermine him. Starmer would be leading a moderate centre-left party. The Liberal Democrat and Green parties would each have far more MPs, reflecting their actual levels of public support. The Tories, with only 43% of the popular vote, would only have 43% of parliamentary seats. In all likelihood, we would be governed by some kind of centre-left coalition, from which Corbyn’s far-left party would try, and not always fail, to extract significant concessions.

But the UK’s first past the post system means only parties that can win pluralities in individual constituencies achieve any form of representation. This benefits parties with strong localised followings, such as the Scottish National party. But on a national scale, it means that very different political tendencies must bundle themselves together into huge, unwieldy agglomerations, while the only votes that really change anything are those of a few thousand swing voters in “marginal” parliamentary constituencies.

In the US system, democratic socialists and neoliberal technocrats both inhabit the Democratic party. As Alexandria Ocasio-Cortez recently remarked, only under such a regime could she and Joe Biden be members of the same organisation. But in the US, parties don’t operate membership lists and centralised bureaucratic control in the manner of a parliamentary party. You don’t formally “join” a party, and you can’t be expelled from one: you register with the electoral authorities as a supporter, and nobody has the right to deny you that status. There is no actual party leader as such: the presidential candidate, for example, plays almost no role in the administration of the party.

In the UK we get the worst of both worlds. An absurdly centralised political system, combined with first past the post voting, produces a toxic political culture. Compared to the American situation, a British party leader combines almost all of the powers of the presidential candidate (or the president), the House and Senate leaders, and the chair of the party’s national committee. There is no primary system, meaning that incumbent MPs and local councillors – entirely dependent upon patronage by the leader for any form of career advancement – are subject to no meaningful democratic accountability at the hands of members. Accountable to voters they may be, but it’s only tiny groups of swing voters who have the power to determine whether they are re-elected.

Under Corbyn’s leadership, the most cherished aim of his keenest supporters was to introduce a system of open parliamentary selections, equivalent to the US primaries system. Ultimately, only a half-hearted, ineffectual reform was made to the system for “deselecting” sitting MPs, which didn’t go nearly as far as the “mandatory reselection” imposed on them in the 1980s. This failure to significantly empower party members has left them more frustrated than ever by their lack of democratic influence, and by the political gulf separating them from all but a handful of their own representatives.

The only beneficiaries of this system are the Conservative party and the entrenched bureaucracy of Labour’s right wing. For the Conservatives, the iniquitous and undemocratic nature of the UK constitution, along with their dominance of the media landscape, has produced a situation where they have been in government for almost 75% of the period since the Labour party was first founded.

Politically, the Labour right benefits from the fact that under this system, Labour can only ever win by capturing votes directly from Conservatives, creating an inbuilt tendency for Labour leaderships to tack rightward, against the wishes of many of their own members and core voters. Institutionally, they benefit from the enormous and unaccountable power invested in the offices of the leader, MPs and even local municipal representatives: enabling the right to control decision-making on policy, strategy, staffing and campaigning at most levels of the party.

In the long term, the only solution to this set of problems would be a complete reformation of our party system. As a minimal beginning, we need proportional representation for the House of Commons and Labour needs to subject its elected representatives to ordinary standards of democratic accountability. These objectives have normally been priorities for different strands of the party. Proportional representation has been a preoccupation of the “soft left” and has been supported by some Blairite modernisers.

In contrast, the “hard left”, addicted to the fantasy that a leftwing Labour government might one day exercise supreme executive authority on the basis of a 42% vote share, has generally opposed PR, while supporting open selections of parliamentary candidates. In fact, anyone who cares about democracy in Britain, whatever political tradition they belong to, should be working towards both of these goals, to end the system that only benefits a reactionary, self-serving elite.

• Jeremy Gilbert is the author of Twenty-First Century Socialism