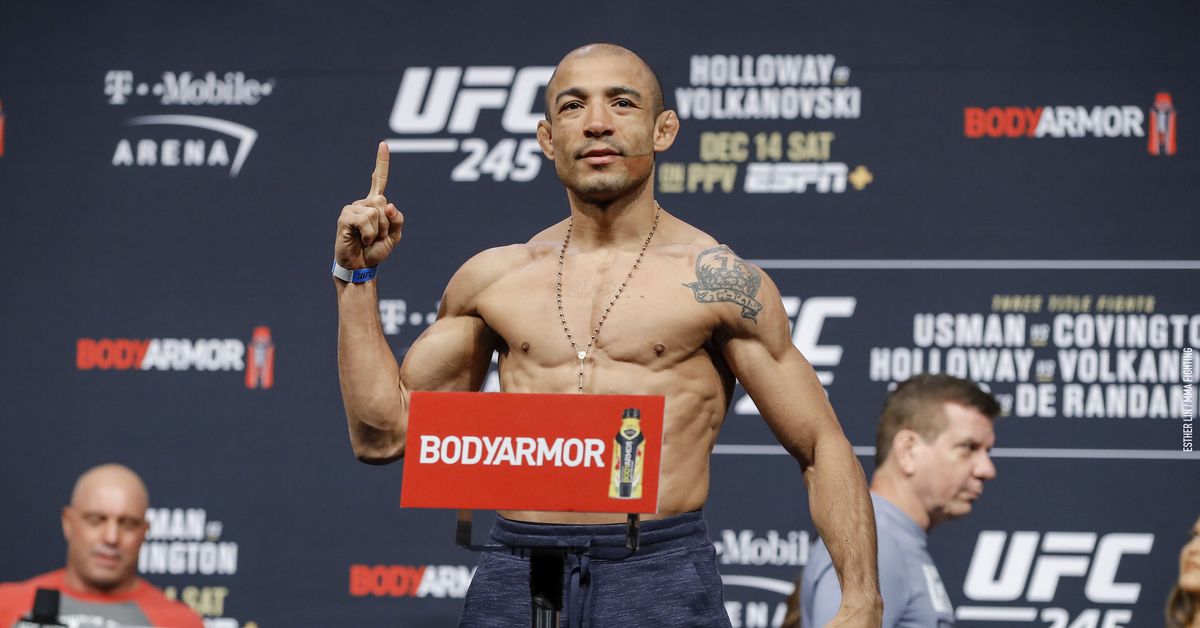 For Jose Aldo to snap a career-worst losing streak, he’ll have to get past one of the bantamweight division’s top contenders.

MMA Fighting confirmed with sources of knowledge of the matchup that Aldo (28-7) and Marlon “Chito” Vera (16-6-1) have agreed to meet at UFC Vegas 17 on Dec. 19. The bout was first reported by BJPenn.com.

A two-time UFC featherweight champion, Aldo is still searching for his first win at 135 pounds. After losing a close split decision to Marlon Moraes in December 2019, Aldo was granted a fight for a vacant bantamweight title against Petr Yan at UFC 251. Yan defeated Aldo by fifth-round TKO. Dating back to a loss to Alexander Volkanovski in May of last year, the Brazilian has now lost three straight fights.

Vera has won six straight fights at 135 pounds with his only recent loss occurring against Song Yadong in May in a featherweight encounter. Most recently, Vera defeated Sean O’Malley in the co-main event of UFC 252.

UFC Vegas 17 will be headlined by top-ranked welterweight Leon Edwards versus surging prospect Khamzat Chimaev at the UFC APEX.