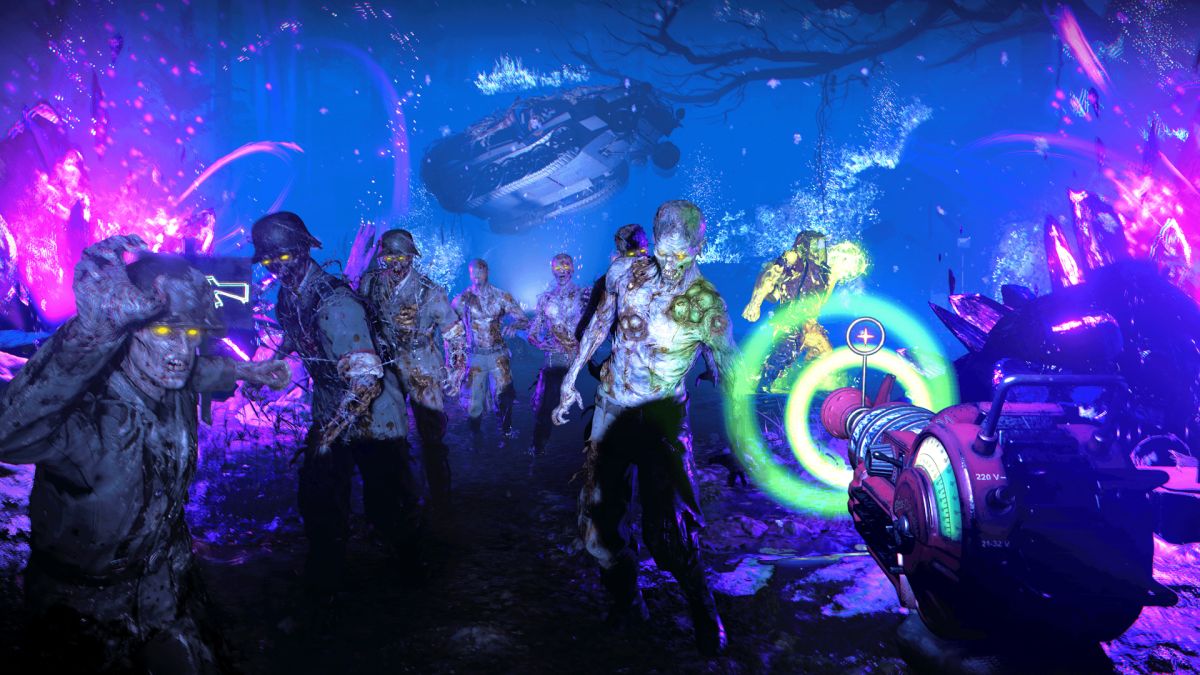 Got your eye on the CoD: Cold War Ray Gun? The Ray Gun is a powerful weapon that can dish out serious levels of damage to clear your way through the hordes of zombies that flood the Die Maschine map. Naturally, a gun this fierce is tricky to find, and there’s no guarantee you’ll stumble across it.

There are a few ways you can find a Ray Gun while you’re working your way through the waves of undead in Black Ops – Cold War. While I can’t promise that you’ll be lucky enough to find one during your zombie run, here’s where you need to look tif you want to know how to get the Cold War Ray Gun in Die Maschine.

How to get the CoD: Cold War Ray Gun

Ray Guns can be found in Mystery Boxes, which are dotted around the Die Maschine map. Look for long, wooden crates in areas like the Yard, Pond, Medical Bay, and Weapons Lab, and expect to part with 950 points to open one. The drop rates aren’t exactly promising, but you might be lucky and discover one later on in your zombies session, when you have more points to spare.

Once you have the Wonder Weapon, make the most of your trips into the Dark Aether by searching for purple crystals. Players claim that destroying these will leave you with valuable items like perks and armor. But they’ve also mentioned that it’s possible to find a Ray Gun by mining these crystals, too.

Stay on target with these Cold War guides

This method requires some work, but it appears to be worth it. Before searching for the Ray Gun, you need to build the Pack-A-Punch machine, so take a look at my Call of Duty: Cold War Zombies Easter egg guide for a full walkthrough on how to reach that part of the Die Maschine mission.

Once your Pack-A-Punch machine is up and running, you’ll be transported back to the normal version of the world. We’re now about to take a short detour from the main mission to check out the bizarre zombie ‘coffin dance’. NoahJ456 managed to complete this by searching for five blue lights, and shooting at them in order I’ve laid out below.

Starting at the Pack-A-Punch machine, turn around and run up the stairs. Then turn right to run up another flight of stairs. Walk forward, and stand in front of the gap between the two terminals, where the orange chair is on its side. You should be able to see a blue light behind the chair, which you need to shoot until it disappears. You can find the next one by running down the same flight of stairs, and crouching next to the metal grate on your right. Take out the orb of light tucked away behind the grate.

Now it’s time to run down some more steps, taking the next set of stairs to the left of the Pack-A-Punch machine. Head past the blue rabbit toy and look for an electrical box on the wall with a faded yellow sticker. Stand as close as you can to this box and aim-down-sights into the opening to the left of it to shoot another blue light.

Next up, walk towards the staircase on the opposite side of the room, but don’t run up the steps just yet. Instead, jump onto the boxes on the right side, and crouch to find the next blue light behind the cylindrical tank. Hop back onto the staircase and head up the flight on the left. Climb onto the terminals in the centre of the room, and spin around to shoot the final light near the air duct on the ceiling.

After dispersing every blue light, the game will transport you into the Dark Aether where you’ll see zombies partying around the Pack-A-Punch machine. Some of them are even carrying a crate. You’ve got some time to kill as the zombies will slowly edge across the platform with the crate.

Once the crate is positioned on the floor, bust it open for lots of items and a perk. It’s possible to get the Juggernog perk from this box, which increases your health. Understandably, you’re not guaranteed a Ray Gun drop every time, but hardcore zombie mode players are claiming that this is the most reliable way to find this rare item.