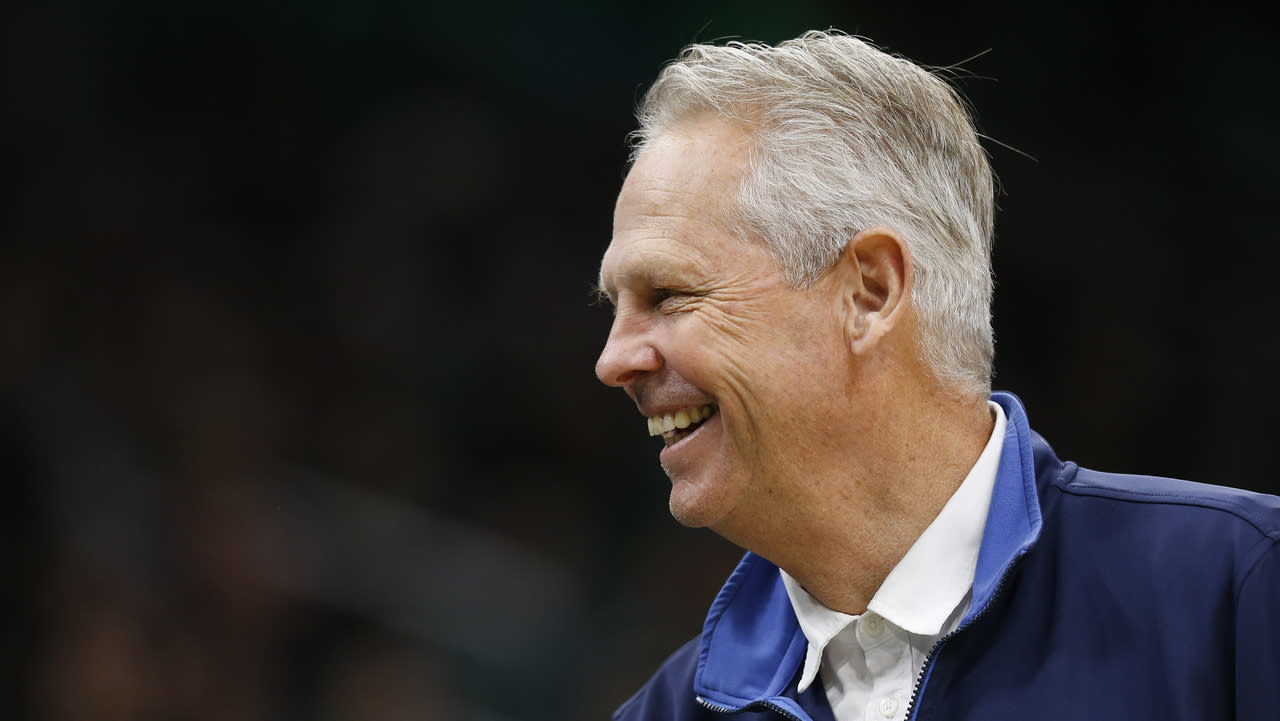 We know, we know. You wanted fireworks. The Celtics gave you sparklers on a night the entire 2020 NBA Draft was largely devoid on pyrotechnics.

The Celtics utilized two first-round picks to add shooting in the form of Aaron Nesmith (14th pick) and Payton Pritchard (26), then punted on No. 30 by sending that pick to Memphis in exchange for two future second-rounders. Danny Ainge capped Boston’s night in the middle of Round 2 by nabbing Yam Madar, who was promptly dubbed the “Israeli Pat Beverley” on the draft broadcast. He’ll likely be stashed overseas for a while.

The heavy lifting for Ainge and Co. starts Thursday when Gordon Hayward and Enes Kanter are on the clock to decide on player options. Free agency formally opens Friday evening and it’ll be a race as teams cram a summer’s worth of roster building into a weekend.

Hayward remains the big domino for Boston. The draft seemingly did little to alter the landscape of teams that might be interested in his services. The Celtics are awaiting direction from Hayward’s camp about his preferred path forward so they can figure out what happens next.

There remained the slim possibility that Hayward could still elect to return to Boston — either by triggering his $34.2 million player option, or by opting out and hammering out a long-term extension. The more likely scenario involves the Celtics trying to help direct Hayward to his preferred destination via sign-and-trade (or extend and trade if he can finagle it).

Celtics brass were largely mum on Hayward’s future. When asked about Hayward’s situation, Ainge said only, “I don’t know about that. We’ll start working on free agency and all that [Thursday]. Tonight we’re just here with the draft, first phase. Big free agency time, though, there’s a lot to get done still in a very short period of time.”

Coach Brad Stevens said, “[Hayward] knows us, he knows me, he knows this whole situation, and he weighs that against his other options. That’s part of a player option, so that’s not too dissimilar to what we’ve been through in the past. So we’ll see again how that plays out.”

Beyond Hayward, Boston’s to-do list in free agency is pretty clear cut: Address the big-man situation and examine veteran options for the bench.

Hayward’s situation will determine just how much the Celtics have to offer with the mid-level exception. Could Boston approach Aron Baynes about a reunion? Could Jayson Tatum’s buddy Harry Giles be a high-upside presence as part of Boston’s big-man rotation? Is there any way to bring back an established big man in any deal that delivers Hayward to his new team?

Once all the free-agency dust settles, Ainge can hammer out Tatum’s rookie extension, which is largely a formality. The only question is just how much Tatum will earn if he lands on another All-NBA team this season.

The Hayward situation could lead to some firecrackers. As the rest of the Eastern Conference attempts to bulk up, the Celtics would be taking a step backwards if Hayward departs. Ainge must get creative with the possible return, all while examining free-agent moves that ensure no dropoff.

Boston’s two first-round picks should be able to make a case for immediate playing time.

Nesmith was often touted as the best overall shooter in the draft. He connected on a blistering 52.2 percent beyond the 3-point arc in 14 games before a foot injury ended his season in early January.

His role will be simple: Make shots. His length will give him a chance to defend multiple positions at the NBA level. He played for the same high school in South Carolina as Khris Middleton and counts the Bucks’ All-Star as a mentor. He was South Carolina’s high school Player of the Year in 2018, nabbing the award over Zion Williamson. He’s going to win over Celtics fans with his intelligence, intensity, and competitiveness.

Said Stevens: “The way he can run off screens and shoot the ball, the worker that he is, the amount of time he puts into his game, his size, which gives him some positional versatility as he becomes more comfortable with how we defend, will hopefully allow him to guard multiple positions. Those are all positives, but the shooting is his thing.

Nesmith also brings confidence. Asked in his post-draft Zoom conference about what he can offer the Celtics, he noted, “Absolute sniper. A guy who’s going to make life easier for the creators of the offense — Jayson Tatum, Jaylen Brown, Kemba Walker. A guy that is always going to be there and work hard and earn his stripes and do it on both sides of the floor.”

The Celtics not only added more shooting by nabbing Pritchard but got a player who could compete for backup ball-handler minutes. With the team likely to move on from Brad Wanamaker, there are minutes up for grabs, especially while Romeo Langford is still rehabbing from hand surgery.

“Payton is just a guy that I’ve been attracted to the way he plays,” said Ainge. “He brings a great intensity, even as a freshman, and watching his development into his senior year where he had to carry much more of an offensive load. But he’s a guy I think can play in any system. He can play with any players.

Pritchard shot 41.5 percent beyond the arc over 31 games in his senior season but he can also confidently direct an offense. He’s undersized (6-foot-2) but, like Nesmith, plays with energy and effort.

But there’s work to be done.

“Now it’s phase 2,” said Ainge. “So we’ll fill in the rest of the roster and try to get some veteran players.”