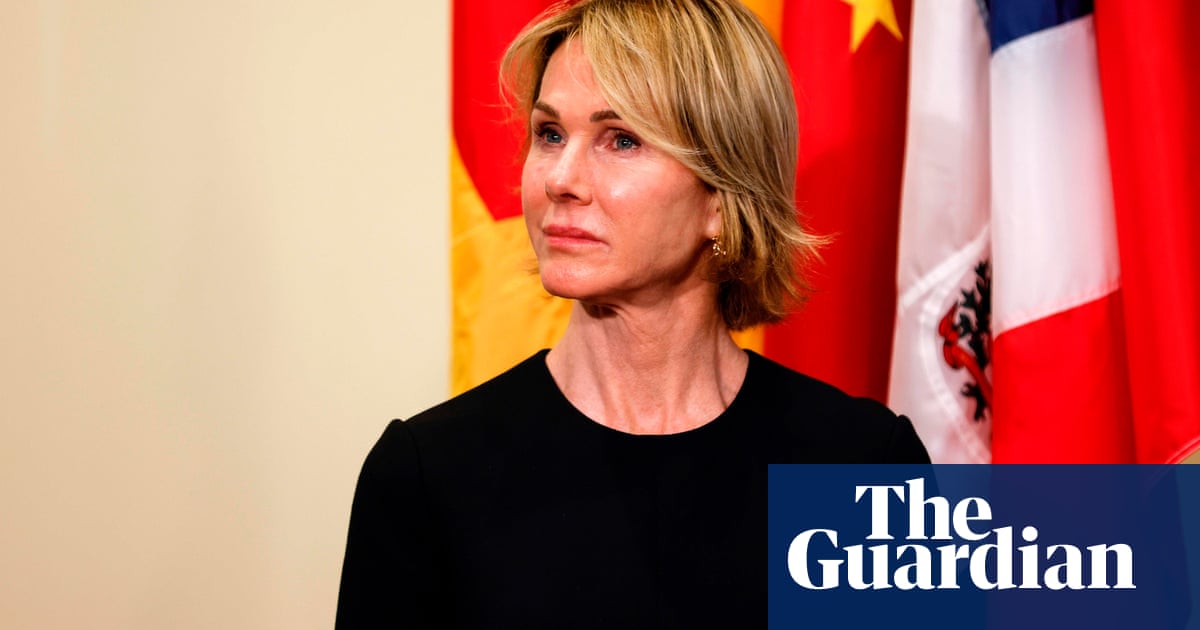 The outgoing Trump administration’s final days at the United Nations have seen a deepening of US isolation on social and health issues, with only a handful of allies including Russia, Belarus and Syria.

In one vote this week, the US was entirely alone in backing its own amendment to a seemingly uncontroversial resolution about efforts to treat medical complications from childbirth. It called for the removal of references to the World Health Organization (WHO) and the UN Population Fund.

No other nation agreed, with 153 voting against the amendment and 11 abstaining.

A UN diplomat said the spectacle of a western ally and a superpower so totally isolated was “staggering”.

“It’s amazing that they decided they want to put their isolation on record, on full display, like that,” the diplomat said.

Debates at the UN general assembly this week have been on social and humanitarian affairs and human rights issues, on which the US mission stepped up its largely unsuccessful campaign to remove mention of reproductive health from UN documents. The Trump administration sees the phrase as synonymous with abortion.

The US backed eight amendments to resolutions on issues such as violence against women and girls, trafficking of women and girls, female genital mutation, and early, child and forced marriages.

Apart from the move to delete a reference to the WHO, which Donald Trump has blamed for the coronavirus pandemic, the proposed amendment involved removing references to providing reproductive health services to female victims of violence and oppression.

Each time the amendments were decisively voted down in the general assembly, with the US drawing only a very small group of between four and 14 supporters. Its only consistent allies were Russia, Belarus, Syria, Qatar and the Pacific island states of Nauru and Palau.

In one resolution about providing healthcare to women and girls during the pandemic, the US wanted to change the phrase “designating protection and healthcare services as essential services for all women and girls, especially those who are most vulnerable to violence and stigma”. The US mission demanded the deletion of the words “services as essential services”.

“We’ve seen the US approach harden on these issues over the past four years, but I think this year was uniquely challenging as they clearly decided they were going to put their foot down on sexual reproductive health services language, across every single kind of relevant human rights resolution,” a UN diplomat said.

After failing to change the wording of resolutions in negotiations before a vote was taken, the US took the added step of tabling amendments from the floor of the assembly, even though they were doomed to fail.

“It is kind of an aggressive move normally used by Russia, but this year US decided to do it too,” the diplomat said.

The US permanent representative, Kelly Craft, said the US objected to wording in the UN resolutions designed to “promote the global abortion industry”.

Explaining a vote on a French-Dutch resolution on sexual violence that mentioned reproductive health, the US delegate Jennifer Barber said: “It is particularly hypocritical that a resolution on violence against women promotes access to something that results in the loss of millions of baby girls every year.”

Craft and Barber are from Kentucky and were backed for their position by the powerful Senate majority leader, Mitch McConnell, despite having minimal or no international experience. Barber is a specialist in Kentucky tax law.