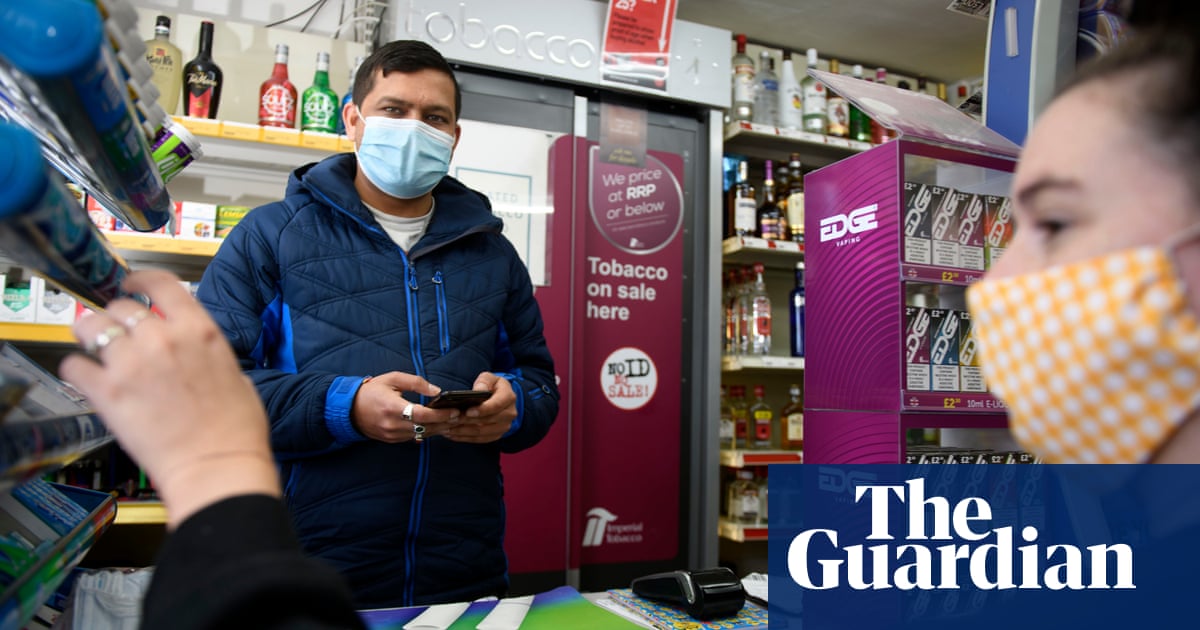 For months, Bristolians have watched with smug concern as first London and then the northern cities fell to Covid-19. Like other areas of south-west England, Bristol was relatively untouched during the pandemic’s first wave, but this is no longer the case. Based on weekly infections, the city ranks 18th out of 149 English local authorities, but a surge of new cases on Monday put Bristol in fourth place for daily infections.

It is the southern ward of Bishopsworth that is generating the most concern. With a rolling rate of 1,365 cases per 100,000 population, it now has one of the highest rates of Covid-19 in the country. And both residents and public health experts are mystified as to why this is.

Bishopsworth feels a million miles from the elegant Georgian terraces of Clifton, or even the craft beer-soaked cobbles of Bristol’s harbourside. It is also 3.7 miles from Bristol University – in a city not famed for its efficient public transport. So it is unlikely students are to blame for the rise in cases there.

It is not a neighbourhood with cramped tower blocks or multigenerational households to provide easy scapegoats – nor is it an industrial area, dominated by factory and warehouse workers. Rather, Bishopsworth is an unassuming neighbourhood of 1930s semis, with a backdrop of the steep, green Dundry Hill, which marks Bristol’s southern border. So why here?

Bishopsworth’s residents are as surprised as anyone that Covid has taken root. “I was going to go to the Co-op, but I daren’t go in there now,” said Tony Denner, who had just read about Bishopsworth’s unenviable position in the local paper and was out walking his dog. He blamed local schools for the outbreak: All but two year groups at nearby Cheddar Grove primary had been sent home because of Covid cases, and there had also been cases at the local secondary school. “Universities and schools are half the trouble,” he said. “Education is important, but health comes before everything else.”

His friend Bob Loring reported that several families on his street were ill with Covid, citing a possible connection to someone who worked at a warehouse in Avonmouth, 10 miles away.

“It is frightening how quickly it has shot up, because Bristol was relatively untouched during the last lockdown,” said Leda Grant, who works as a cashier in a builders’ merchants. She too would like schools to close, to see if that makes a difference. However, the council’s strategy of creating its own “tier 1 plus” band of restrictions – which essentially amounted to deploying six “Covid Marshals” on to the streets – rather than moving up to tier 2 at the end of October “wasn’t ideal”, she said: “They should have acted more quickly.”

Changes to the English tier system are decided at a national level. “Tier 1 plus was just a way of making our local communities aware that we were taking enhanced action, and prefacing our request to go on to a higher tier,” said Christina Gray, Bristol city’s director of public health. “But we were not approached by government at all, at any point. We had to escalate ourselves.”

That was three weeks ago – when the majority of cases were still confined to the under 30s age, and few people had been hospitalised. Now there are approximately 230 people being treated for Covid-19 in Bristol’s hospitals, and cases are rising in all age groups – including the over 60s.

“Looking at hospital admissions, we are now at about the same level as we were at the peak of wave one,” said Gray. Although there is currently plenty of capacity, this won’t necessarily be the case going forwards, particularly if cases continue to rise: “We are not at the peak yet, and we don’t know when that will be,” said Gray.

As for ‘why Bishopsworth?’ Gray is almost as puzzled as everyone else. “Bishopsworth is an enigma. It is not what we would have expected,” she said. “The age range in Bishopsworth is also concerning: it is the older age group that is testing positive.”

Until three to four weeks ago, the clustering of cases across Bristol looked like sugar sprinkled across a map. Apart from a surge in student cases at the start of the university term – which were swiftly dealt with by imposing quarantines in halls of residence – there were small clusterings but nothing significant, Gray said. “What we’ve started to see very distinctly over the past two weeks to 10 days is a very clear geographical clustering of cases, so we now have wards, and areas within wards where we’ve got clearly higher concentrations.”

Bishopsworth is one of those areas. “Bishopsworth is interesting, because it is not in an obvious area, and it is not linked to other areas that have high rates,” said Gray. These include the inner city wards of Lawrence Hill and Ashley, which have higher rates of social deprivation, more cramped living conditions, and so on.

Neither is there good evidence that children are the source of infections, or of significant spillover from university students to the wider community, said Caroline Relton, a professor of epigenetic epidemiology at the University of Bristol, who is currently studying the transmission of coronavirus in schools.

The good news is that Bishopsworth’s residents appear to be complying well with the test and trace system, and if this continues it should result in a slowdown in cases.

As for why Bristol as a whole is now experiencing high levels of infection, the more interesting question is why it didn’t experience them the first time round. Possibly it just got lucky: “My view is that there are multiple factors at play,” said Gray. “What we’re seeing now was what I expected to see during the first wave in a city in a size of our size, complexity and diversity.”

Coming into winter, Bristol’s residents also have the disadvantage of low levels of immunity to coronavirus. “So few people were exposed in the first wave, it potentially means there’s a bigger population that’s vulnerable to being infected this time around,” said Relton. “The data isn’t there to absolutely prove it, but it’s a very logical hypothesis.”

The lesson from all of this is that there’s no room for complacency. “If it can happen in Bishopsworth it can happen anywhere,” said Gray. “But the virus can only spread if we allow it to.”