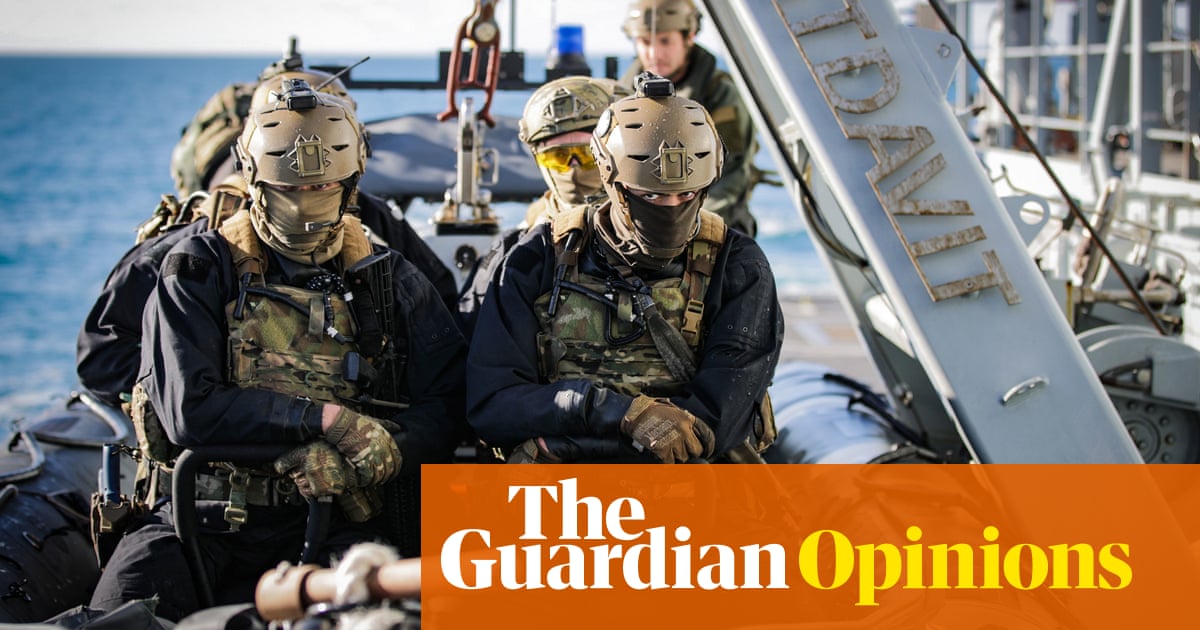 Boris Johnson’s statement to parliament on future defence spending showed the prime minister at his worst. The language was grandiloquent – he spoke of ending an “era of retreat” over which, in fact, Conservative governments have presided – as well as bombastic: “tipping the scales of history”. It was studded with dubious invocations of Britain’s past designed to stoke national pride. However, as Mr Johnson has done throughout the Covid crisis and over Brexit, it put the rhetorical cart in front of a horse that is still being tended in the stable.

There were very few specifics about how the £24.1bn extra spending at the core of the statement would actually be used. Some of that sum has been promised already, in the Conservative manifesto. There were even fewer details about how any of it is to be raised, especially in the tight post-Covid public financial world which the chancellor will outline in the spending review next week.

Most frustratingly of all, the post-Brexit strategic choices, which the government’s own integrated review of foreign, defence and security policy was supposed to have resolved, all remained unaddressed. That review has not yet been completed, not least because the US election has changed the global picture. Yet here was Mr Johnson, acting as prime ministers often do, jumping the gun to trumpet his commitment to Britain’s armed forces when they do not yet know how the government really sees their future role.

Mr Johnson has a spending plan but not a strategy. His approach owed more to domestic politics than anything else. He wanted to show he is back in charge after the departure of Dominic Cummings; relieved Tory MPs lapped that up. He wanted to reinforce his appeal to voters who abandoned Labour because they doubted Jeremy Corbyn’s patriotism. Mr Johnson also needed some big spending headlines for Clydeside and Fife to counteract the wanton damage he did to the Scottish Tory cause on Monday by dismissing devolution as a disaster.

In addition, Downing Street clearly wanted a space in the news cycle between Thursday’s upbeat announcements and the chancellor’s less boosterish spending statement. This is likely to rein in many departmental budgets, and will prove a tougher political sell. On the world stage, it was also an opportunity to signal to the incoming Biden administration that Mr Johnson is ready to be the new US president’s military ally. Yet the real-world consequences of the statement are still overwhelmingly unclear and distant. As ever with Mr Johnson, the warm words were the easy bit – and we have learned from experience that the words are not just warm but weaselly.

The way Mr Johnson told it, absolutely everyone in the defence and security world would be a winner. If that is true, then why bother with a strategic review at all? The spending would boost all three armed services (though the navy is the biggest winner), as well as benefiting special forces, research and development, and a new aggressive cyber capability. There would even be a new British space rocket programme (based in Scotland). All this would safeguard “hundreds of thousands” of jobs, and produce a “renaissance” for shipyards across the country (especially in Scotland), as well as turbocharging the aerospace, artificial intelligence and autonomous vehicle industries.

Yet it is simply not true that most defence spending can be treated as investment in this way. Ships, tanks and planes do not pay for themselves. The case for defence spending as a national priority rests squarely on its own terms. In principle, the case for a spending upgrade is strong, not least because of Brexit, and must not be dismissed. But increases have to be paid for, either by cuts to other programmes, by greater borrowing, or by tax increases. Social programmes and the overseas aid budget – both of which are true investments – should not be sacrificed for this. Mr Johnson was evasive when challenged on this on Thursday from both sides of the Commons. Now he needs to be held to account. Cuts in aid and welfare would tip the scales of history in a shameful way. They would do absolutely nothing to help make Britain a stronger and safer society.