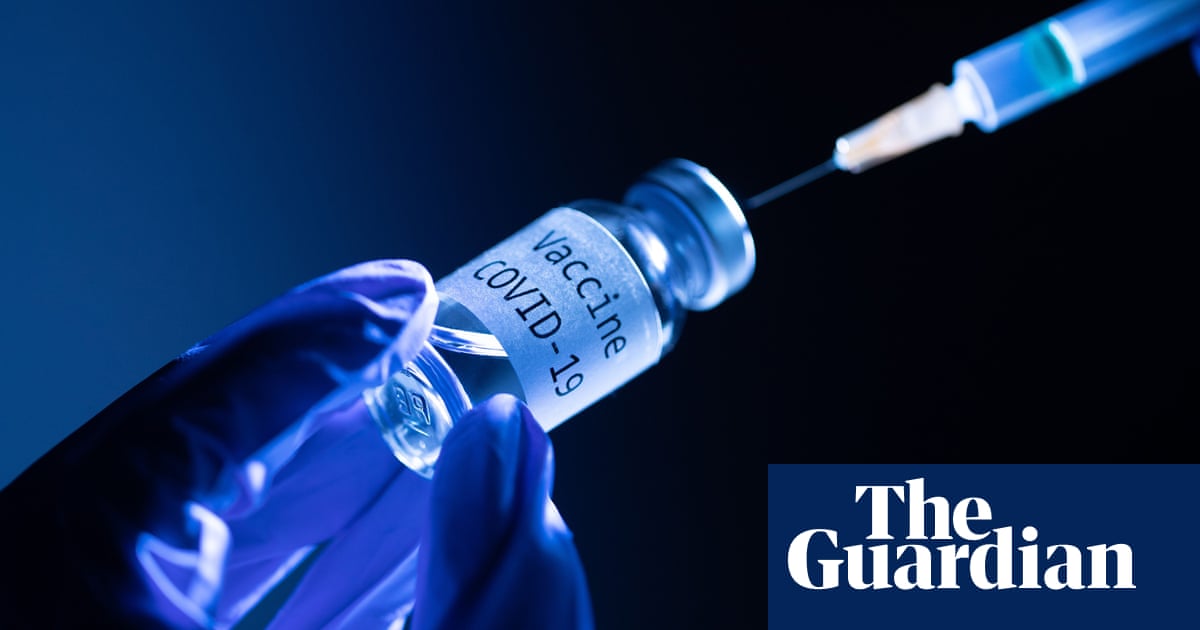 The Scottish government is expecting to launch its mass Covid-19 vaccination programme as early as the first week of December, targeting frontline health workers and elderly people.

The statement suggests that preparations to import the vaccine from Pfizer, which has only this week revealed final data on efficacy, are far advanced – even though the company has not yet applied for an emergency licence. Pfizer said on Wednesday that it would submit the data to the regulatory bodies “within days”.

The UK has ordered 40m doses, which are to be distributed across the devolved nations according to population size. Pfizer/BioNTech has said it can make 50m doses this year, but first supplies will be short, because Europe has pre-ordered 200m doses and the US 100m. If Scotland gets 320,000 doses, it is likely that England will have 2.7m in December – enough to vaccinate half that number of people with the necessary two doses.

In a statement to MSPs, Freeman said the UK and devolved governments were still waiting for Pfizer’s vaccine to be approved by the Medicines and Healthcare Regulatory Authority (MHRA) and that there were still uncertainties about how easily it could be transported.

There are major issues around transportation and storage of the vaccine, which will be flown into the UK from Belgium. The vaccine must be kept at -70c. Scotland has 22 ultra-cold freezers in place, but the supplies, which will arrive in large boxes of 195 vials, containing 975 doses, must then be taken to vaccination centres. The vaccine can last for five days at a normal fridge temperature of 2-8C and two hours at room temperature.

Officials are still working on the logistics. It may be difficult to deliver small amounts of vaccine to care homes or to GP practices.

Freeman said the first wave would target all frontline NHS staff, care home staff, the vaccination teams and the over-80s, with those vaccinations due to take place from early December until February.

“We are ready. We hope that we will receive the first of the 320,000 doses that we expect in December in the first week of December, and we will be ready to begin the vaccination programme in that week,” she said.

As part of a UK-wide deal to buy more than 355m vaccine doses from seven different suppliers, the Scottish government had secured doses for 4.4 million people to cover all those aged 18 and over.

Freeman said the British army would be used extensively with logistics and in offering vaccinations, with 2,000 staff needed to run the programme overall. They would include NHS staff involved in flu vaccinations, and other medical workers.

In a departure from the recommendations of the joint committee on vaccination and immunisation, an independent UK advisory body, the Scottish government also plans to offer vaccinations to unpaid home carers in the first wave, before expanding the programme to include the over-65s and other vulnerable people from late February onwards.

She said they hoped to vaccinate about a million people by spring 2021, urging people not in the first wave of treatments to be patient. “A safe and effective vaccine does bring hope; it gives us all encouragement that where we are now will end,” she said.

It is understood there are plans for the mass vaccination of those not at high risk to begin at the end of March or beginning of April.

Freeman said the Scottish planned to use mass vaccination centres and drive-through centres in urban areas, high-street centres in smaller towns and mobile vaccination teams in rural areas. If safe to do so, vaccinations could also be offered in people’s homes and taken to care homes.

“We do need to know the properties of the vaccines, the packages that they come in and whether or not we can transport them – the Pfizer vaccine for example – from that very cold storage facility to individual care homes,” she said.

The MHRA was unable to confirm that they expected to approve the Pfizer vaccine as soon as early December, and declined to say when they would do so. But they confirmed the approval process had been greatly speeded up.

“We will rigorously assess the data in the shortest time possible, without compromising the thoroughness of our review,” it said in a statement. “However, should the MHRA authorise the vaccine, the overall data will have been sufficient to conclude on its safety, quality and efficacy, and the necessary robust requirements are not compromised.”