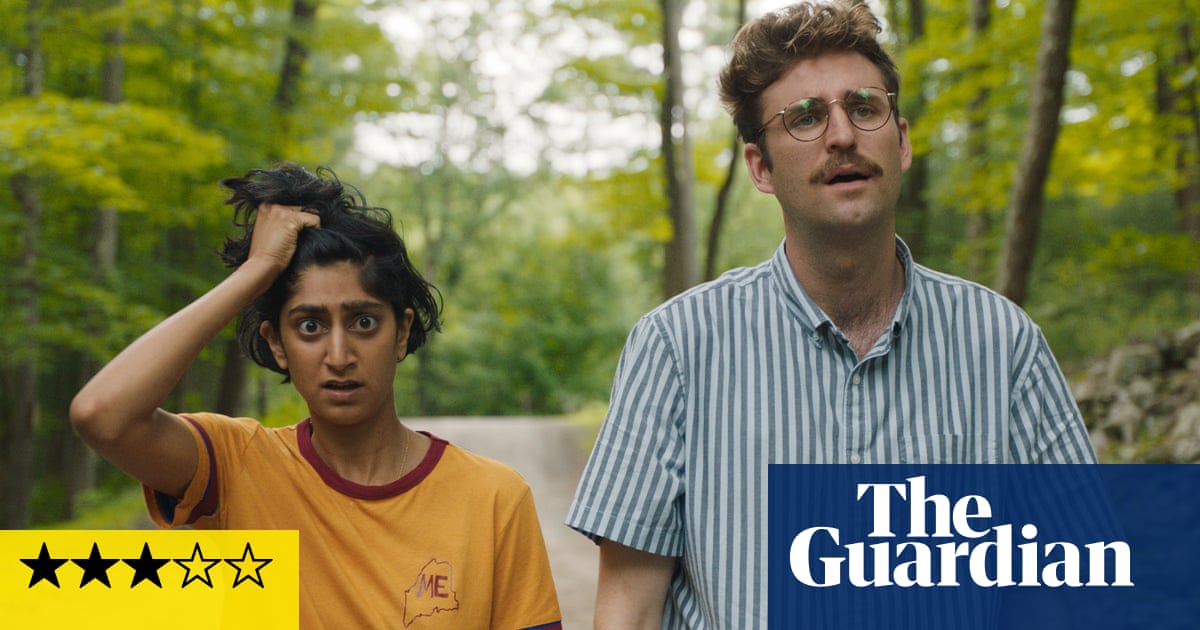 This end-of-the-world comedy premiered at Sundance in January 2020 – in the Before Time – and, had the coronavirus pandemic not struck, directors Alex Huston Fischer and Eleanor Wilson’s unabashedly micro-budget lark might have felt slight, contrived or negligible. Instead, given the circumstances, it feels oddly prescient, resonant and surprisingly moving, although it doesn’t quite stick the landing. Still, for the most part it manages an adept balance between satire, sincerity and sheer silliness that’s ultimately winning.

The basic donnée has childless, heterosexual millennial couple Su (Sunita Mani from Glow) and Jack (John Reynolds) yearning to disconnect for a while from all the electronic dummies we can’t stop sucking on: phones, laptops, digital assistants. A friend offers them a cabin to stay in where they can enjoy lazy hours in a rowboat, to learn how to split logs with an axe (Jack is hilariously bad at this), and time to really connect with each other and their deepest feelings. After watching an unexpected meteor shower (shades of The Day of the Triffids), Su and Jack are puzzled when they notice a fluffy pouffé-like sphere on the floor that they don’t remember seeing before. Even more concerning: something has eaten all the sourdough starter and artisanal whiskey.

Fischer and Wilson tease it out for an unexpectedly long time before they have the pennies drop in their protagonists’ heads that something is terribly, terribly wrong. Before that, much mirth is had with the two of them being perfectly oblivious to all the clues and signs around them, like random people running through the woods in terror in the background, or aliens scooting just out of sight like real-life sonic-speed hedgehogs.

The joke is that urbanites are just too good at tuning out noise and craziness, and are useless when it comes to real survival skills. Jack even resists getting a rifle they need for protection because having a gun in the house dramatically increases your chances of accidental death. Mani and Reynolds present just likable enough figures that as much as they’re fun to laugh at, you don’t want to see them either shot or brain-drained by evil extraterrestrial fake-fur bean bags.

• Released on 23 November on digital formats.