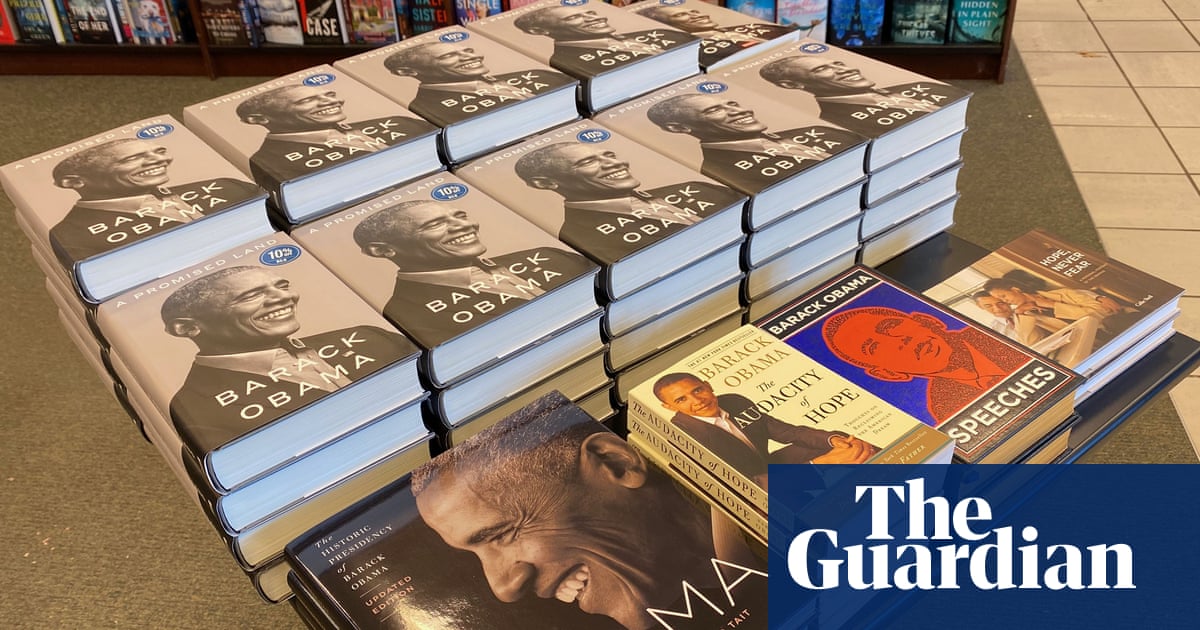 Barack Obama’s new book A Promised Land has sold nearly 890,000 copies in the US and Canada in its first 24 hours, putting it on track to become the best selling presidential memoir in modern history.

The first-day sales, which set a record for Penguin Random House, includes pre-orders, e-books and audio.

“We are thrilled with the first day sales,” said David Drake, publisher of the Penguin Random House imprint Crown. “They reflect the widespread excitement that readers have for President Obama’s highly anticipated and extraordinarily written book.”

The only book by a former White House resident to come close to that sales figure was Michelle Obama’s own memoir Becoming, which sold 725,000 copies in North America its first day and has topped 10m worldwide since its release in 2018.

As of midday Wednesday, A Promised Land was No 1 on Amazon.com and Barnes & Noble.com. James Daunt, CEO of Barnes & Noble, said that the superstore chain easily sold more than 50,000 copies its first day and hoped to reach half a million within 10 days.

By comparison, Bill Clinton’s My Life sold about 400,000 copies in North America its first day and George W Bush’s Decision Points approximately 220,000, with sales for each memoir currently between 3.5m and 4m copies. The fastest selling book in memory remains JK Rowling’s seventh and final Harry Potter novel, Harry Potter and the Deathly Hallows, which came out in 2007 and sold more than 8m copies within 24 hours.

Obama’s 768-page memoir was released just two weeks after election day and has already made headlines for its account of the former president’s time in the White House, key moments in his presidency – such as the fight over the Affordable Care Act and the killing of Osama bin Laden – and his reflections on the rise of Trump.

“To read Barack Obama’s autobiography in the last, snarling days of Donald Trump is to stare into an abyss between two opposite ends of humanity, and wonder once again at how the same country came to choose two such disparate men,” wrote the Guardian’s Julian Borger in his recent review.

Obama himself acknowledges that he didn’t intend for the book, the first of two planned volumes, to arrive so close to a presidential election or to take nearly four years after he left the White House.

In the introduction, dated August 2020, Obama writes that “the book kept growing in length and scope” as he found more words were needed. He was also working under conditions he “didn’t fully anticipate”, from the pandemic to the Black Lives Matters protests, to, “most troubling of all”, how the country’s “democracy seems to be teetering on the brink of crisis”.

Obama has already written two acclaimed, million-selling works, Dreams from My Father and The Audacity of Hope.