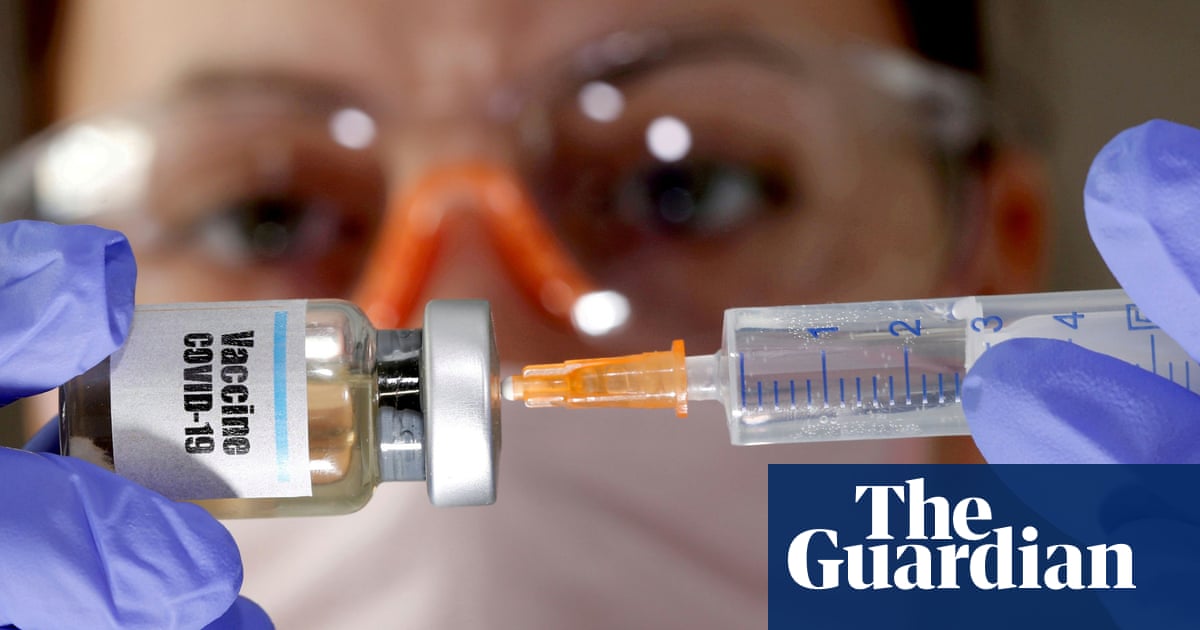 The NHS is bringing together an army of retired doctors, health visitors and physiotherapists to embark on the country’s biggest ever mass vaccination programme, the Guardian has learned.

The extraordinary effort in England will also include district nurses and high street chemists alongside GPs in the drive to immunise 22 million vulnerable adults, followed by the rest of the population.

NHS documents seen by the Guardian show the rollout will rely in part on “inexperienced staff” who will have undergone two hours of online training before starting work.

The slides also reveal codenames for two of the most promising vaccines in development: the Pfizer/BioNTech version is called “Courageous” and the Oxford/AstraZeneca vaccine is known as “Talent”.

It is understood that retired doctors, some of whom returned to the frontline to help the NHS during the first wave of the pandemic, will again play a key role in the vaccines rollout. The Local Government Association confirmed that councils are talking to the NHS about how health visitors and district nurses can administer it.

“The training is being developed by Public Health England, is expected to take around two hours to complete (per vaccine) and will be available on the E-Learning for Health Platform,” it added.

Staff currently being recruited to relieve pressure on GPs and practice nurses – such as social prescribers who usually link lonely older people with social activities like dance and gardening groups – will also be “integral members” of vaccine teams, the slides disclose.

They add that training for “non-clinical staff” preparing to administer jabs will be done online and be based on “materials already available for flu and will include the Covid vaccine”.

GP leaders said NHS workforce shortages mean staff who do not normally give injections will be required to administer Covid vaccines given the unprecedented scale of the task. Immunisation programmes usually involve children or older people.

“We would expect primary care networks [groups of GP surgeries] and other providers to ensure that those staff administering vaccines are fully trained. But we recognise the workforce challenges in having sufficient numbers undertaking vaccinations so there may be professionals who do not normally vaccinate who will have to be trained to do this,” said Ruth Rankine, director of the primary care network at the NHS Confederation.

“We have been assured that the online training is sufficient. This would be for clinical commissioning groups to assure themselves that this is the case.”

In the space of a week, two potential Covid vaccines have yielded promising interim results, with efficacy of 90%-95%, raising hopes that mass immunisations will begin in earnest early next year pending regulatory approval.

Prof Jonathan Van-Tam, England’s deputy chief medical officer, has described the rollout as “one of the most important, if not the most important, vaccination programme we’ve done for decades” while Matt Hancock, the health secretary, pledged a “mammoth logistical operation”.

The NHS is gearing up to be ready to start administering vaccines from 1 December. But in one of the slides, NHS England makes clear its view that 2021 is more likely. It says: “Given the uncertainty over whether, and when, a vaccine may be approved, we are planning to be ready from any date in December, with mass vaccination more likely in the new year.”

The slides also state that:

NHS England plans to announce within days the location of the first “designated sites” where people deemed a priority on health or age grounds will go for their jab. They will include GP surgeries, church halls, fire stations, libraries, council offices, sports centres and town halls.

It is also finalising a vaccine “deployment plan” which will set out in detail how it will immunise all sections of the population, including care home residents and staff, NHS personnel and people in prison or secure mental health facilities.

Prof Martin Marshall, chair of the Royal College of GPs, said: “It makes absolute sense for GPs and our teams to play a key role in this given our expertise and experience in delivering mass vaccination programmes.

“But we won’t be able to do it alone as well as delivering the vital services our patients rely on, so we will be looking for support from elsewhere in the health service, including from volunteers who we have been assured would be appropriately trained.”