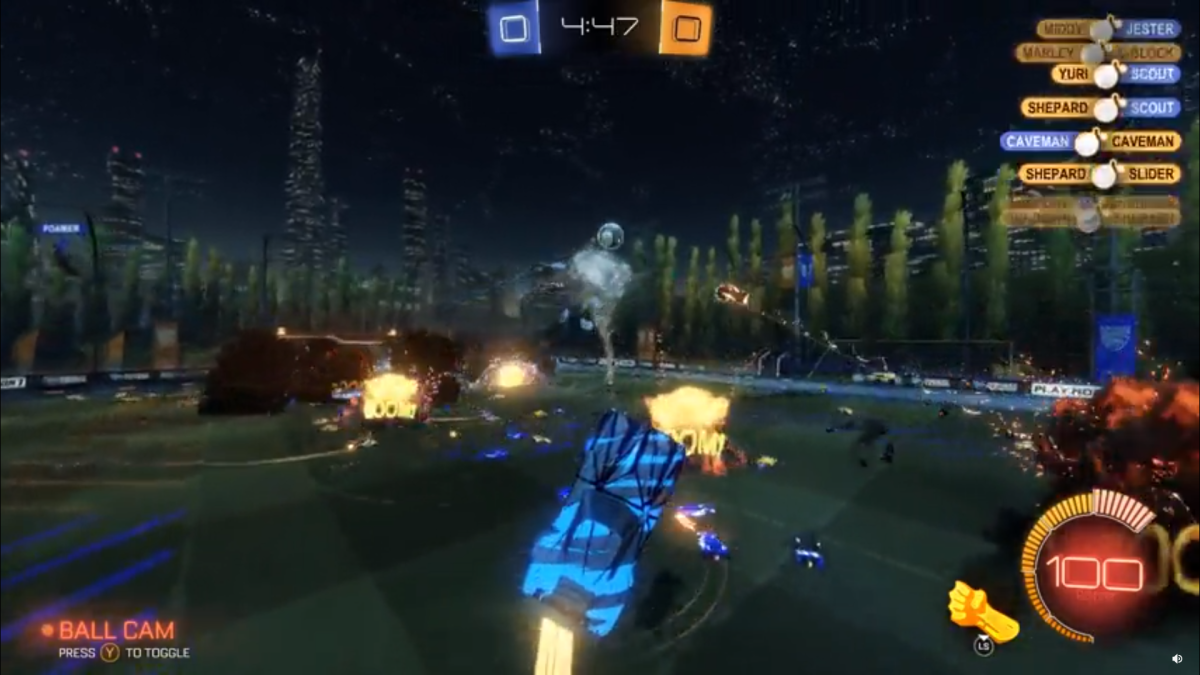 Bakkesmod is a longstanding and popular third-party Rocket League mod, mainly used by the community for training, video editing, and then a bunch of miscellaneous stuff. For a while it’s had a Multi-Car plugin, allowing users to populate matches with tonnes of bot cars. And now it looks like there are PCs capable of taking this to extremes.

I first saw a 20 versus 20 Rumble match yesterday (the Rumble mode adds weapons and hazards), but now redditor Antonyo has managed to create and more impressively run a match containing 120 cars. For clarity’s sake, this is not multiplayer: it’s one human and 119 bot cars. The below is a shorter clip, the full 53 seconds are here and hypnotic.

Wow! Holy Cow! And so on. Needless to say the internet petition for an official Rocket League: 120 Player Battle Royale mode would begin here, if I thought my PC would have any chance of surviving the experience.