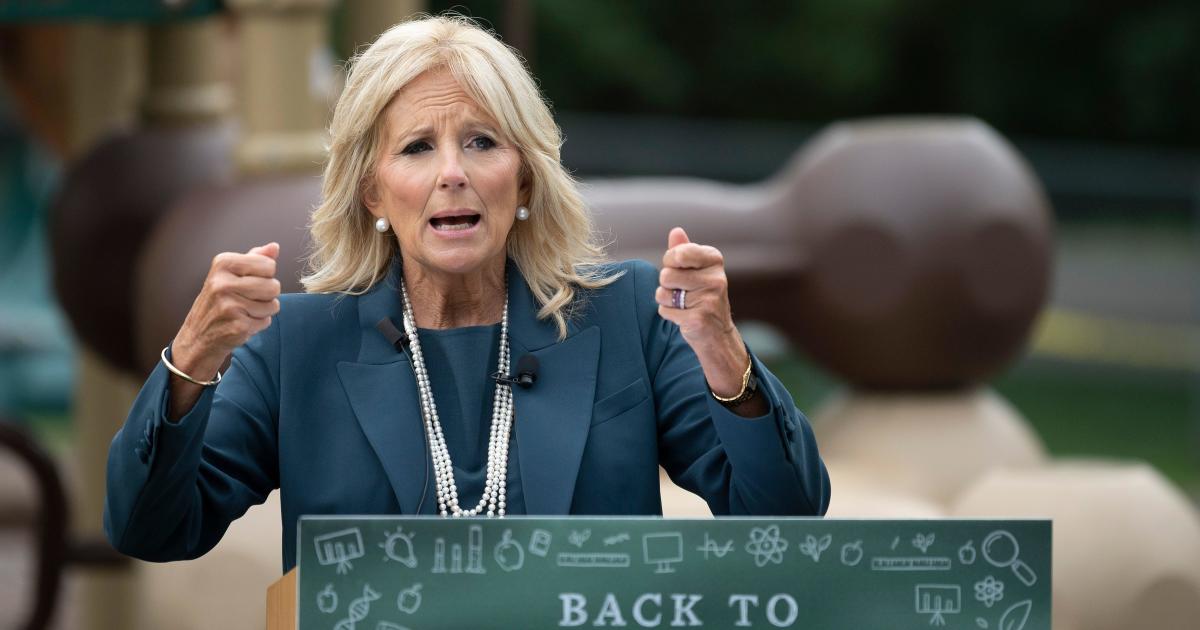 Washington — President-elect Joe Biden’s victory over President Trump this month laid the groundwork for Jill Biden to shatter barriers of her own, as she is set to become the first first lady to continue with her full-time job while in office.

But serving as the first lady and continuing to work as an English teacher will not come without challenges, both for the Secret Service agents charged with protecting her and for the incoming first lady in tackling the responsibilities of the office.

“I think it’s brilliant she’s considering it, and I think it can be done in a manner that’s acceptable,” Scott White, an associate professor at George Washington University who specializes in counterterrorism and infrastructure protection, told CBS News. “That’s what [the Secret Service] deal[s] with. High-profile targets are their business, and that’s what they do every day and they’re very good at it.”

While serving as the second lady of the United States, Biden, who holds a doctorate in education and two masters degrees, worked full-time as an English professor at Northern Virginia Community College. The experience likely primed the Secret Service for protecting Biden as first lady should she maintain her post as an English teacher, but White said there are “unique features” that would be different for agents.

“Most first ladies would have a schedule,” he said. “They’d work in the White House and travel abroad and have an itinerary every day. I think if Mrs. Biden continues to teach, then you’re talking about a routine where an adversary could potentially know where she is going to be on certain days.”

“The biggest problem for any physical security is complacency,” he added.

Northern Virginia Community College plans to continue remote learning in the spring semester due to the worsening pandemic, but under normal circumstances, White predicted the Secret Service would likely vet students, faculty and staff who have access to her classroom building, install metal detectors at entrances and have a guard posted around the clock.

“The idea is not to be intrusive and be there, but allow the environment to play out,” he said. “So I think it’s surely going to be a challenge for the Secret Service, but I think it’s one that’s manageable.”

If Biden continues teaching, she would be a trailblazer as the only first lady to hold a paid job outside the White House. She told “CBS Sunday Morning” in August that if Mr. Biden won the White House, she would continue working.

“It’s important, and I want people to value teachers and know their contributions and lift up the profession,” she said.

In his speech declaring victory over Mr. Trump earlier this month, Mr. Biden praised the future first lady as a “military mom and an educator” and declared that teaching “isn’t just what she does, it’s who she is.’

“For America’s educators, this is a great day,” he said. “You’re going to have one of your own in the White House.”

Already, Jill Biden has begun working with educators, speaking Monday with members of the National Education Association and the American Federation of Teachers and delivering remarks at the College Promise Careers Institute. On Tuesday, she addressed the Military Child Education Coalition’s 2020 Virtual Education Summit.

“Educators: this is our moment. We’re going to make sure that every child, every school, and every educator has what they need to thrive regardless of where they live or where they come from,” she tweeted Tuesday.

MaryAnne Borrelli, a professor at Connecticut College and the author of “The Politics of the President’s Wife,” said Mr. Biden and Jill Biden have already signaled “this is a very intelligent, dynamic, dedicated woman who has a deep profession, a vocation to teaching.”

“This is an office that is still kind of unfolding,” she told CBS News of the Office of the First Lady. “People have some expectations, but a lot of it can be created by the woman who is in that office.”

Borrelli predicted Biden likely will continue pursuing educational initiatives and military outreach, as she did as second lady. What is less clear, though, is whether the incoming first lady will juggle teaching at the community college with the duties of the office, or marry the two, for example by leading a task force on community college as a gateway for educational initiatives.

“Dr. Biden has more discretion in terms of how publicly engaged and what form her public engagement will take,” Borrelli said. “This office really is an office that reflects the properties of its office holder, it has that space.”

Borrelli said Biden is “emphasizing her authenticity” as wife of the president-elect, teacher, mother and grandmother. But tensions still exist within the role of the first lady, she said, as there are “political and public expectations” that have been upheld for decades.

“The first lady is going to be a primary surrogate for the president,” she said, “and her surrogacy is going to take the form of humanizing the president in a way that deepens and strengthens his political alliances.”