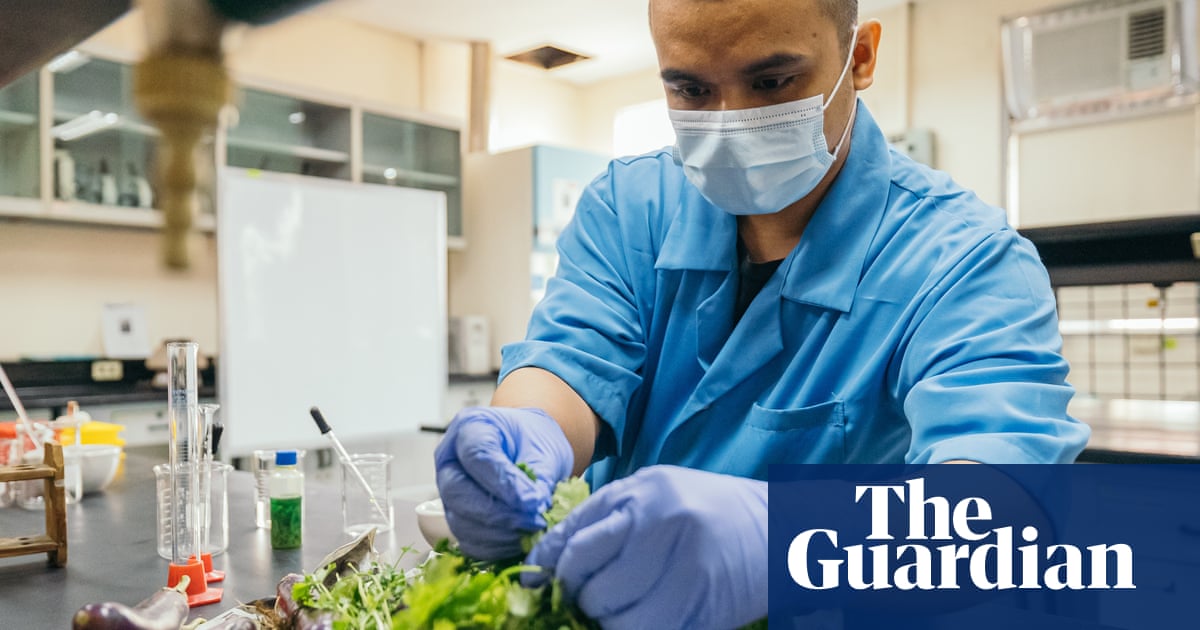 A novel material made from rotting fruit and vegetables that absorbs stray UV light from the sun and converts it into renewable energy has landed its designer the first sustainability gong in this year’s James Dyson awards.

From a record 1,800 entries – despite the challenges of Covid-19 – the award was given to 27-year-old Carvey Ehren Maigue, a student at Mapúa University in the Philippines, for his Aureus system which uses the natural scientific principles behind the northern lights.

The other top prize in the international competition has been handed to the inventor of a low-cost biomedical device that can be used at home to detect breast cancer, harnessing artificial intelligence to analyse urine.

Aureus is made from crop waste and can be attached in panels to windows and walls. It allows high energy particles derived from fruit and vegetables to be absorbed by luminescent particles, which re-emit them as visible light. Unlike solar panels, the system is effective even when not directly facing the sun because it can pick up UV through clouds and bouncing from walls, pavements and other buildings.

Maigue, who was forced back to the drawing board with his invention after an earlier version proved too costly, said: “Winning the James Dyson Award is both a beginning and an end. It marked the end of years of doubting whether my idea would find global relevance. I want to create a better form of renewable energy that uses the world’s natural resources, is close to people’s lives, forging achievable paths towards a sustainable and regenerative future.”

The two overall winners, who each receive a cash prize of £30,000 to further develop their inventions, were lauded by judges for tackling problems of global importance; sustainable methods to effectively generate renewable energy and women missing breast cancer screenings.

Benet, from Tarragona, Spain, and now studying at the University of California, Irvine, was inspired by her mother’s diagnosis of breast cancer and – with 40% of women failing to attend their mammograms – the need for a less invasive and more accessible alternative. Her early work explored evidence that dogs had detected cancer in humans after sniffing their breath.

Now in its 15th year, the James Dyson award operates in 27 countries, and is open to students and recent graduates studying product design, industrial design and engineering. It recognises and rewards imaginative design solutions to global problems.

The Tyre Collective, a group of masters students from Imperial College London and the Royal College of Art, were one of two runners-up for their solution for the growing environmental scourge of tyre wear caused by road transport. The other is Scope, from students at the University of Waterloo, Canada, who designed a new lens using liquid crystals to give high quality zoomed-in photos on mobile phone cameras.