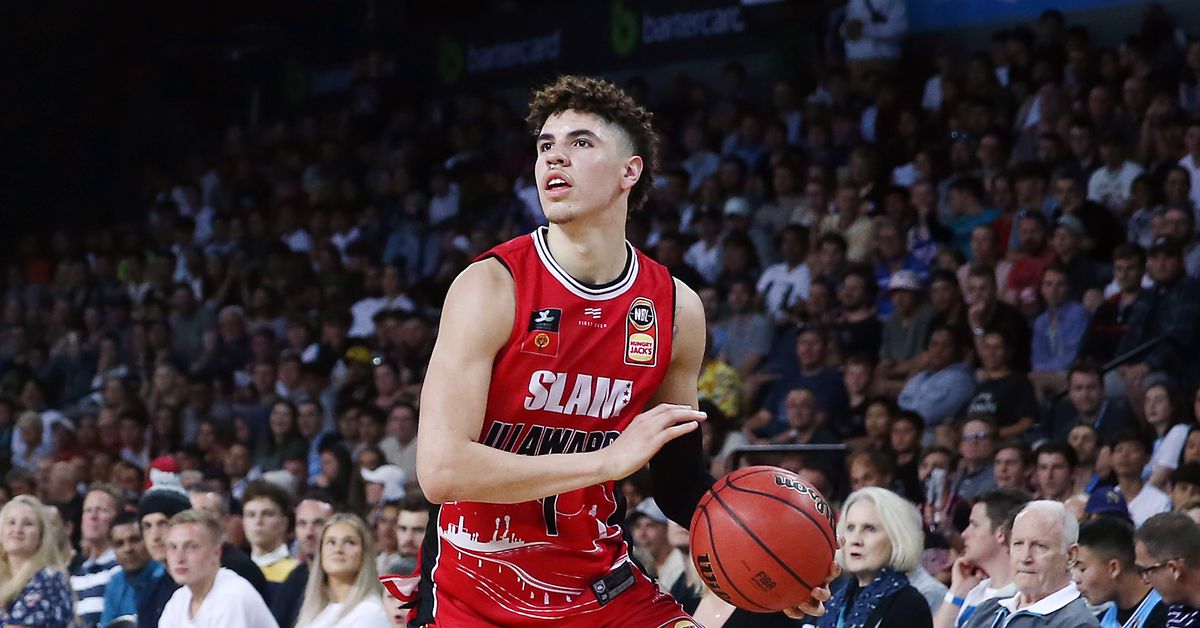 After 17 months of speculation, the 2020 NBA Draft has finally arrived. The buzz around this draft class from the very start has centered on the lack of a consensus No. 1 overall player, and the extended evaluation period hasn’t helped make it any clearer. The Minnesota Timberwolves hold the No. 1 overall pick, and like many other teams at the top of the order, they would reportedly prefer to trade down. The question then becomes whether any team actually wants to move up.

If this draft class lacks an obvious star like Zion Williamson or Luka Doncic, it does have a collection of talented players who fit into larger trends taking over the league. LaMelo Ball has excellent size for a lead playmaker with advanced ball handling and passing ability. Anthony Edwards has every physical attribute, but suffered from inconsistency at both ends. Onyeka Okongwu might not be the first big man draft, but he feels like the most complete front court prospect in the draft as a potential defensive anchor who is efficient in his offensive chances.

We’re grading every pick in the 2020 NBA Draft live as it happens. Refresh this post for updated analysis as the draft goes on.

By all indications, the Wolves did everything they could to trade this pick but couldn’t find a team that wanted it. Edwards might feel like the best short-term fit with D’Angelo Russell at lead guard and Karl-Anthony Towns at center, but there are some major holes in his game that make this look like a questionable call with the first pick. Edwards has otherworldly athletic explosiveness, but he isn’t a polish decision-maker on either end. That shows up defensively and also in his subpar scoring efficiency, where he finished with 51.7 percent true shooting. Having two other takeover scorers next to him should ease Edwards’ transition into the NBA, but the Wolves should be thinking long-term with his development. He needs to improve his focus and effort defensively and force his way to the rim more consistently instead of settling for jumpers. Edwards still has a high long-term upside with his raw athleticism and shot-making ability, but he has a long way to go before he’s a winning player in the NBA.

Wiseman entered college as the No. 1 recruit in the class and has long been identified as a possible top overall draft pick. He has great size and length for a center, and has shown incredible end-to-end speed in the open floor. His game is going to be protecting the rim on defense, and catching lobs, and getting putbacks on offense. Wiseman should be a good player, but his limited versatility makes him feel like an underwhelming No. 2 overall pick. He isn’t a polished shooter or passer on offense, and defensively lacks lateral quickness and quick jumping ability. Despite having a relatively narrow skill set, Wiseman should be ready to handle minutes as a rookie just based on his elite frame and ability to run the floor. We would have Onyeka Okongwu as the top big man prospect, but Wiseman certainly should have a long and productive career even if it doesn’t feel like he has all that much upside.

LaMelo Ball is the top player on our draft board. As a 6’7 point guard, Ball has elite ball handling ability and incredible vision as a passer. Ball’s creation ability is one of the strongest individual skills in the draft, and fills a major need for Charlotte. His oversized playmaking ability should pair well with Devonte Graham’s off the dribble shooting. The Hornets still have a lot of work to do in their rebuild, but they seem to have found a nice player in the first round last year in power forward P.J. Washington. Ball, who is one of the youngest players in this draft, has as much long-term upside as any player available. He will bring some star-power to a franchise that has been sorely missing it.

The first real shock of the draft is Chicago picking Williams at No. 4. The youngest American born player in the draft, Williams didn’t start a game for Florida State but flashed rim protection and spot-up shooting potential at the four. Williams will get most of offense on catch-and-shoots from the corner, attacking closeouts, and flashing a little dribble pull-up game. Defensively, he isn’t quite quick enough to have elite versatility, but he’s a force walling up at the rim. He likely won’t provide the type of volume scoring teams look for with a top-five pick, but he gives new Chicago VP Arturas Karnisovas a bunch of different avenues to continue building the team going forward.

The Cavs have been the worst defensive team in the NBA since LeBron James went to the Lakers, and Okoro is the best defensive prospect in the draft. The 6’6 freshman wing checks every box for a great defender: he’s outstanding at the point of attack, he can make sharp rotations, and he even provides some rim protection. Okoro’s biggest weakness is his spot-up shooting, where he’ll need to completely rework his shot. While that’s worrying, he does do some things well offensively. Okoro is really good at forcing his way to the foul line, and he’s shown flashes as a passer. While he takes time to develop as a shooter and scorer, he should be an impact defender from day one.

Okongwu is the top big man in this class because he can play any coverage style defensively and he’ll score efficiently in his offensive opportunities. A bit undersized for a center at 6’9, Okongwu makes up for it with strength, length, intelligence, and quick leaping ability. He can shine in drop coverage as a rim protector or he can get out on the perimeter to hard hedge or corral ball handlers. He won’t be a go-to scorer offensively, but he’s a skilled finisher on rolls and lobs to the rim, and he’ll also make an impact on the offensive glass. He should fortify the Hawks’ defense around Trae Young.

Hayes is a great value at No. 7 for Detroit and fills the team’s biggest need. The 6’5 French point guard can make every read on the floor, and showed major improvement as a spot-up shooter in his first year in the German league. While Hayes isn’t an explosive athlete going to the rim, he knows how to change speeds and keep defenses off balance. He’s also a wonderful defender who makes sharp, instinctual rotations and should have the body to eventually check three positions. His catch-and-shoot ability isn’t quite as good as his pull-up shooting, so fixing his spot-up mechanics will be key. Hayes is also very left-hand dominant at this point, so he’ll need to develop his right hand. For all the questions about his athleticism and shooting, Hayes projects to have a positive impact on both offense and defense and still has plenty of room to grow as one of the younger prospects in this draft. Detroit just found the point guard it has been looking for.