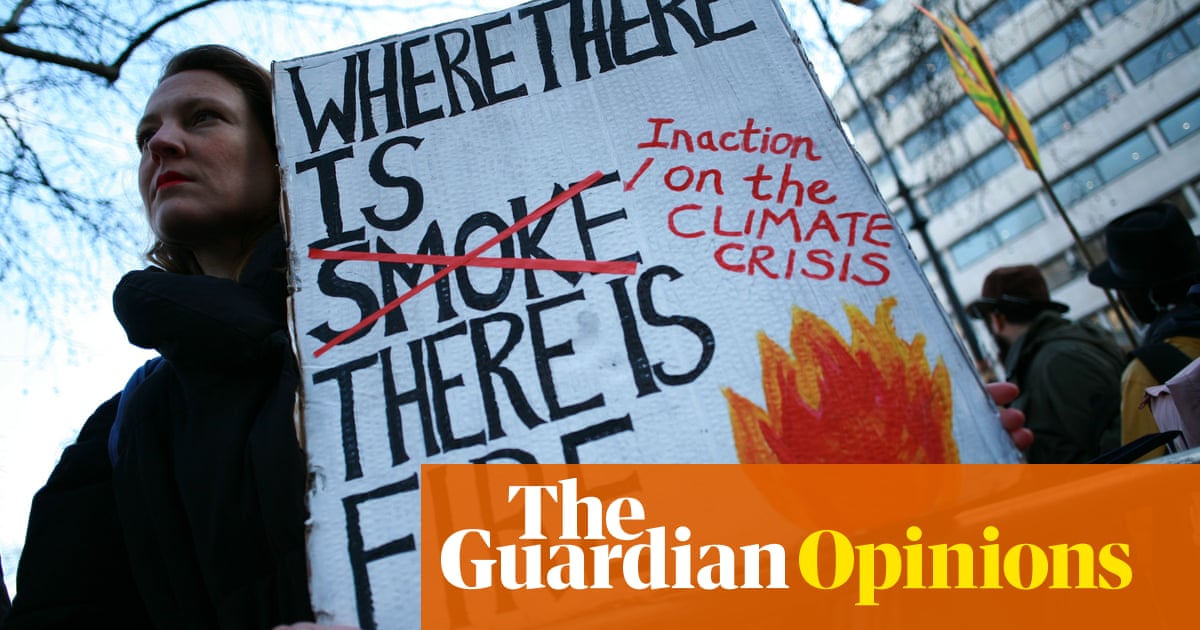 This week, the government announced a so-called “green industrial revolution”, with the slogan and some watered-down policies lifted straight out of Labour’s 2019 manifesto. With a £12bn investment pledge that Labour believes includes just £4bn of new money, it was rightly characterised by Ed Miliband as a “disappointment”. But the same could be said of the latest iteration of Labour’s own environmental plans.

At last year’s Labour conference in September, at the climax of a long summer of climate action, members voted in favour of a motion to set ambitious target of net-zero carbon emissions by 2030; public ownership of key industries and utilities to deliver a war-like mobilisation to respond to the crisis; and the repeal of anti-trade-union laws to ensure a just transition with workers at its heart.

We all know what happened next, despite putting forward an ambitious green policy agenda at the centre of its manifesto offer, Labour catastrophically lost the general election in December. The price for that loss is five more years hurtling towards an environmental breakdown.

It would seem self-evident that, come the next election, Labour needs to make up for lost time with a climate action plan that is more ambitious still. Under Keir Starmer, Labour is speaking loudly about the need for any economic recovery to be both green and with workers at its heart in their Green Economic Recovery plan – and that is a welcome development. But if ever there was a time for big, bold policies that can transform the lives of millions, it is now, yet somehow Labour has fallen into retreat. The plan falls short: it reneges on the key tenets that unions and activists fought for just one year ago and backtracks on its agenda-setting manifesto.

It fails to mention the 2030 target at all; instead holding the government to account for being off track for net zero by 2050. It isn’t a simple omission – it legitimises 2050 as an acceptable target for one of the world’s richest countries. The party should, in climate as in every policy area, hold the government to higher standards.

They advocate for £30bn of investment in the green economy to pull the UK out of a pandemic-induced economic crisis, creating 400,000 jobs. But less than one year ago, they stood for a £250bn green transformation fund and another £250bn of lending through a National Investment Bank creating 1 million jobs, and 8,000 apprenticeships – and that was before the pandemic finally brought the need for massive public investment to the forefront of public consciousness.

Even much-needed plans for a National Nature Service seem timid compared with Labour’s recent policy. There is total consensus among environmentalists about the need for mass reforestation to save the planet. At the last election, Labour committed to planting 2bn trees to help achieve carbon neutrality, but the pledge is notably absent from the party’s latest intervention.

There is a well-rehearsed argument that the interests of workers and the environment are in contention – and, to Labour’s credit, their Green Economic Recovery plan rightfully shows that to be a fallacy. Investing in job-creating green industries and retraining workers can provide a bridge for those leaving jobs in polluting industries. But that is not a panacea. Building workers’ power should be central to a green recovery.

Last year, when school climate strikers called on unions to join their day of action, many were confused as to why workers could not take strike action of our own. In 1974, Scottish Rolls-Royce workers refused to service the planes of Chilean dictator Augusto Pinochet, a stand chronicled in the film Nae Pasaran. But industrial action for supposed political reasons is now unlawful, preventing solidarity strikes for climate justice.

Labour’s conference policy and subsequent election manifesto sought to rectify that by removing the shackles of decades of anti-union legislation. But, again, the policy is missing from Labour’s new plans, replaced with a far weaker pledge for “decent jobs” and “a strong voice for trade unions in the industries of the future”.

The coronavirus pandemic has been in many ways a rehearsal for the climate crisis – an existential threat that requires the state to use all its power and resources to save lives and to fend off economic disaster. But it has also been used as a means to boost the profits of corporations, and we cannot allow the same to happen during the climate crisis.

The previous Labour policy agenda recognised the need to bring key industries and utilities into public ownership to address wealth inequality and tackle the climate crisis – including taking over parts of the energy industry and giving the state a 51% stake in offshore wind funds, so that some of the profits would be reinvested in local communities.

The commitment to public ownership, for many unions and activists, gave the party back its soul – and during the leadership election, Starmer pledged to uphold it. But there is no mention of the policy in Labour’s Green Economic Recovery – and there have been suggestions from shadow cabinet figures that Labour’s nationalisation agenda may be scaled back.

The world today is in many ways different from just one year ago, when Labour committed itself to a transformative environmental agenda. But one thing that has not changed is the severity of climate catastrophe. For my own union, the Fire Brigades Union, this goes beyond politics – it’s a bread and butter industrial issue. When climate-induced flooding and wildfires hit, it’s firefighters who are there on the frontline risking their lives.

Facing a government characterised by incompetence and infighting, it’s tempting for Labour to think that quiet managerialism will propel them to power. However, voters are not blind to the scale of the challenges ahead nor the solutions required. Should Labour hollow out the ambition of its plans, it will not be ready to tackle the seismic environmental and economic crises that we face.

• Matt Wrack is general secretary of the Fire Brigades Union