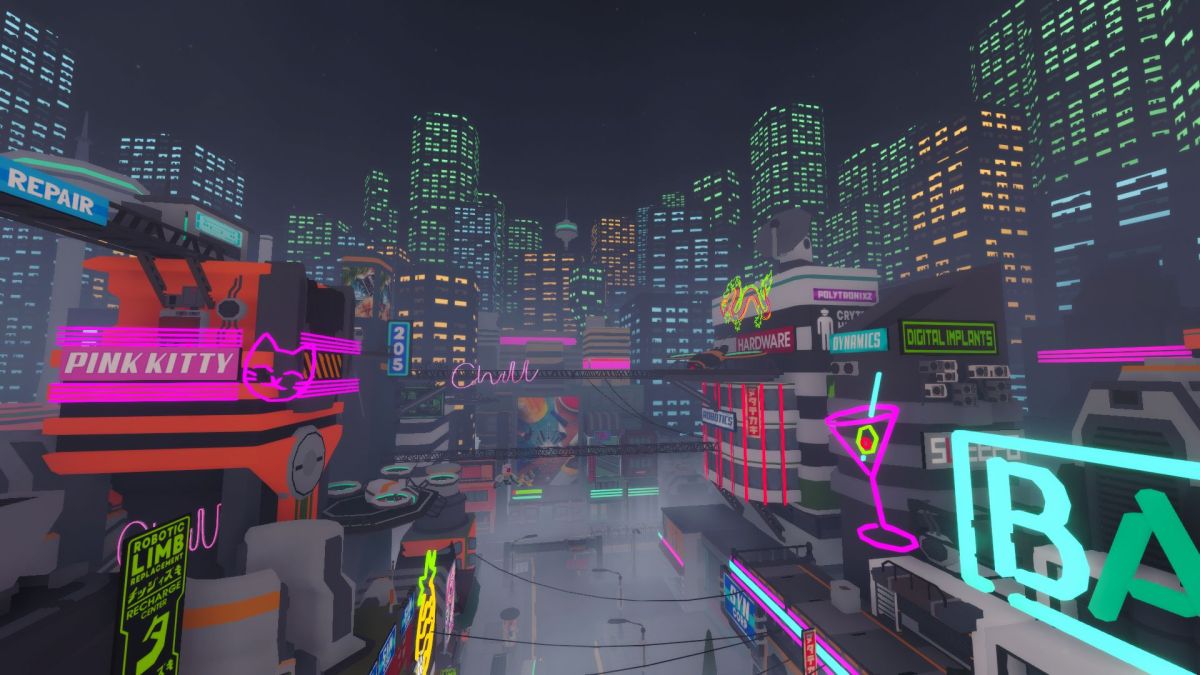 The inescapable theme of 2020 has been cyberpunk, and now it’s here to extend the relevance of House Flipper, the sim about cleaning and renovating filthy houses to sell them for profit that went viral back in May.

The House Flipper Cyberpunk DLC is free, and will let you clean and flip an apartment that used to belong to a hacker in the dystopian city of Neo-Tokyo. It contains over 60 cyberpunk-ish items like the “dataprince armchair”, a lot of “netrun” cabinets, and a neon sign that reinforces the most important theme of the genre, the one that connected all of William Gibson’s work. It says “CHILL”.

There’s also a cybernetic skin for your hands so that while you’re mopping and painting or whatever you can pretend to be a cyborg.

Krzysztof Krej, CEO of House Flipper’s publisher Frozen District, explained that, “We are all gamers here at Frozen District, and we’re incredibly hyped for the upcoming launch of one of the CD Projekt’s biggest titles. Our development teams have extensively voted on the idea of creating a Cyberpunk-themed DLC for House Flipper, so we decided to go for it.”

The Cyberpunk DLC will be available on Steam from November 19.