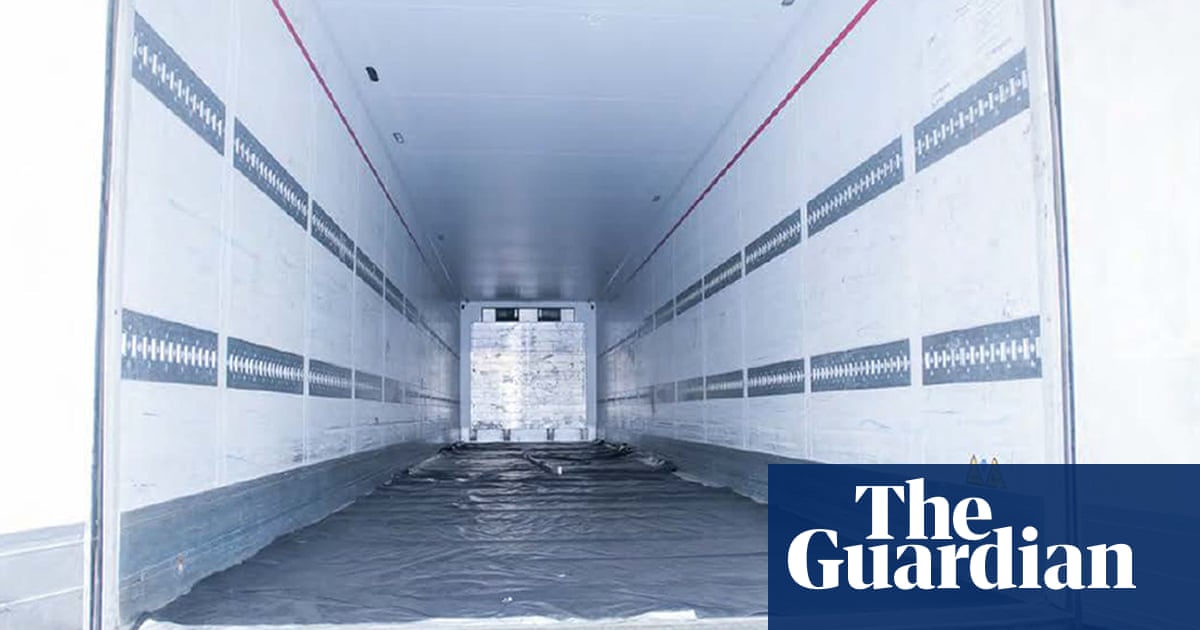 A lorry driver accused of manslaughter for his role in the deaths of 39 Vietnamese migrants said he was unaware that they had been helped into the sealed container at the back of his lorry because he was watching Netflix in the cab of his vehicle, the Old Bailey has heard.

Eamonn Harrison, 23, described how his boss, Ronan Hughes, an Irish haulier, instructed him to pick up a load from an industrial unit in northern France on 22 October 2019. Harrison told the court he was directed by Hughes to a meeting spot with an unnamed man who spoke poor English, and who indicated to him, mainly using sign language, that he should get back in his cab, draw the curtains and have a sleep while a shipment of goods was put into the back of the van.

Harrison said he thought he was involved in an operation to smuggle stolen lorry parts, and said he did as he was told, closed the curtains and watched “a wee bit of Netflix”.

He told the court he did not see 39 Vietnamese migrants being loaded into the back of the lorry. After about five minutes he heard a bang of the side of the lorry door and saw the unnamed man give him the thumbs up.

Harrison then drove the trailer to Zeebrugge where the container was loaded on to a boat to the UK. By the time Maurice Robinson, 26, another driver working for Hughes, picked up the container in Purfleet, Essex, all 39 men, women and children had suffocated and were dead.

The jury heard earlier that Harrison had agreed to help transport stolen goods for Hughes, because he owed him a considerable amount of money after a drink-driving accident, which wrote off a lorry tractor and trailer, and destroyed a shipment of Danish bacon. The accident cost Hughes well over €50,000 (£45,000).

Harrison told the court that Hughes offered him work transporting stolen lorry parts to reduce the debt owed for the damage to the lorry to £16,000. He said he was “not happy about it” but agreed because of the debt he owed to his boss. He acknowledged that he had no choice because his boss “had him over a barrel”.

He said he would walk away from the lorry tractor when he was picking up these loads, and would come back 15 minutes later because he “did not want to have anything to do with it”. He told the court he never caught sight of anything being loaded on to the truck.

Defending him Alisdair Williamson, QC, asked: “Did you, in order to work off your debt to Mr Hughes, agree that human beings should be put in the back of your trailer?”

Harrison said: “No I did not.” He said he would not have agreed to take part in people-smuggling operations.

“I didn’t know what was going on. I didn’t know that there were any people in my lorry,” he told the court. “I thought I was involved in smuggling stolen lorry parts.”

Harrison said he felt “shite” when he discovered that the migrants had died and “devastated” for the families of the dead. He also told the court that he was beginning to feel “more panic than anything”, two days after dropping off the container, as he made his way back home to Ireland.

“The reality is slowly starting to hit. It’s not good. That’s the trailer I shipped. I was the last man that could have done something,” he said.

He said he was telephoned by Hughes when he arrived back in Ireland and told he should destroy his phone, which he did without questioning why, the court heard. He was arrested shortly afterwards.

Harrison and co-defendant Gheorghe Nica, 43, a mechanic from Basildon, Essex, deny 39 counts of manslaughter. Harrison, Christopher Kennedy, 24, a lorry driver from Co Armagh, and Valentin Calota, 37, of Birmingham, have denied people smuggling, which Nica admits. Jurors have heard that Robinson, 26, of Craigavon in Northern Ireland, and Hughes, 41, of Co Armagh, have admitted manslaughter.