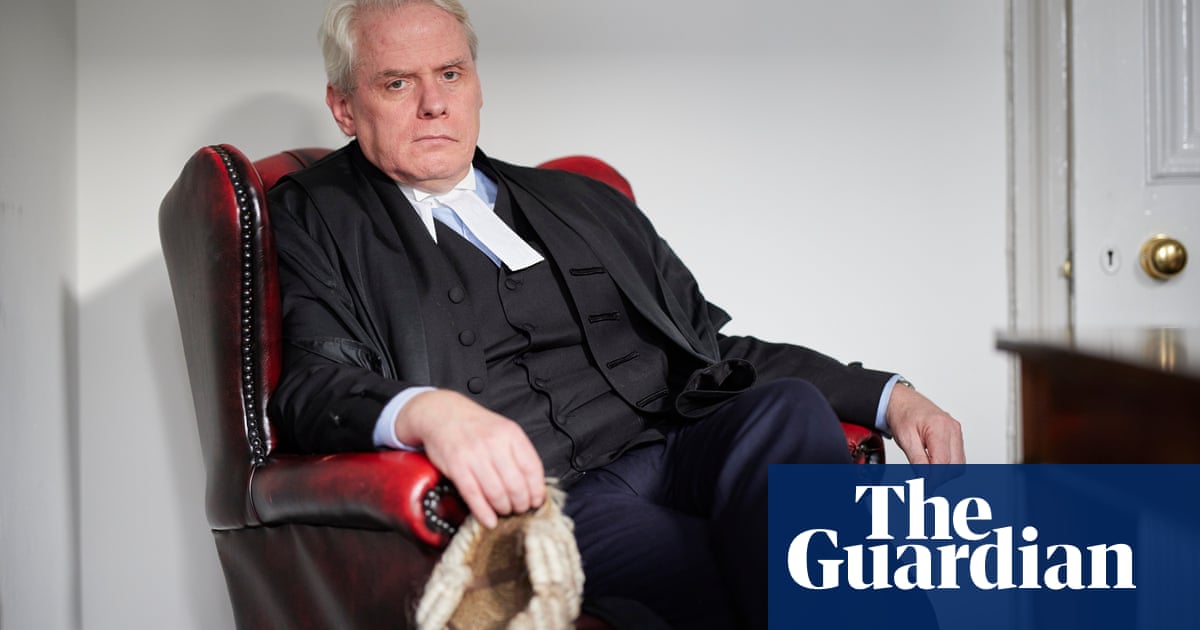 Crown court cases are being delayed until 2023, the innocent penalised more than the guilty, and the under-funded, criminal justice system brought “on its knees”, according to the chair of the Criminal Bar Association in England and Wales.

James Mulholland QC told the Guardian that while Covid had intensified the crisis, deep cuts to the Ministry of Justice since 2010 had left it dangerously under-resourced.

The result was that “very vulnerable people who have to go through the system are being let down,” he said. “You can’t have a completely under-funded system from beginning to end.”

Mulholland, 56, represents thousands of barristers who are struggling to hold the system together during the pandemic, but is still immersed in trial processes himself, and witness to the crisis first hand.

Around 50,000 crown court cases are waiting to be heard, of which about 33,000 will involve full trials. Last year, without Covid, Mulholland pointed out, the crown courts managed to complete only 12,000 trials.

“The system is in logjam,” he said. “We are having some cases listed into 2023 for trials where people are being released on bail, sometimes for offences like rape, sexual offences, affray and significant burglaries.

“Sentencing judges are now entitled to take into account the Covid experience [and deliver reduced prison terms] – so while the innocent may be held longer [in custody awaiting] trial, the guilty are benefitting [from coronavirus].

“We are holding people in custody for up to 18 months. There’s no compensation if they are found not guilty. We have 17-year-olds who are not going to be tried until 2023. Will they have to spend their youth waiting for an outcome that will impact their whole life?”

He said that while the government talked of being tough on sentencing, only 7% of offending recorded by the police results in a prosecution.

“There’s a one in 50 chance of an old-age pensioner who is burgled seeing that person brought to justice. The police don’t have the resources. Only 1–1.5% of [reported] rapes result in charges. And even then it’s 1,319 days for the average rape case to go through the system from actual offence to completion.”

Mullholland said he feared the criminal justice system was in danger of losing the public’s confidence, generating miscarriages of justice and alienating victims. Even before the pandemic, the backlog of cases was growing because the courts service saved money by limiting the number of judges’ sitting days.

His diagnosis of the root cause of the problems hampering the criminal justice system is one thing: lack of money.

All the main professional legal bodies agree with that analysis.

The Lord Chief Justice, Lord Burnett, has also called for increased funding. “There must be sufficient resources to enable the courts and tribunals to work to full capacity … otherwise backlogs [of cases] will be unsustainable,” he told the Bar Council.

The cash required, he said, was “little more than a rounding error in [the budgets of] many departments”. If withholding money from the courts prevented people resuming their normal lives and working, he added, it was “a false economy”.

Mulholland said an extra £250m a year was needed to solve the problem, a figure derived from an Institute for Government assessment.

While extra funding has recently been provided to boost the numbers of police and prosecutors, no equivalent resources have been granted to barristers.

Instead, criminal barristers had faced cuts to fees of between 30% and 40% over the past 12 years, Mulholland said.

Diversity at the Bar was also suffering, he noted, because women were leaving mid-career when they realised it was not a profession in which they could have both a family life and receive decent pay.

Mulholland grew up in Salford. His parents, from Northern Ireland and the Republic, were teachers who inculcated in him a sense of the importance of justice.

His family home was “educationally rich but not well off”. That encouraged him to enter the law on behalf of “the underdog – whether they are the defendant or victim”.

After Leeds University, he studied for the Bar in London. As well as arguing cases, he sometimes sits as a crown court recorder – a part-time judge.

His experiences in court concern him: “We are seeing more litigants in person [unrepresented defendants] now as a result of legal aid entitlement thresholds [not being increased in line with inflation].

Mulholland said he was also concerned about the increase in alleged victims refusing to “cooperate with the police because they feel they won’t receive proper treatment”.

“Funding is crucial. We are on our knees. Under-funding risks miscarriages of justice. We need to fund the prosecution as well as the defence. Everyone needs to be paid more.”

Where, he asked, was the royal commission on criminal justice that the government promised when it took office in 2019? Glancing around the marble halls of the Old Bailey from which the late afternoon light was fading, he observed: “This was built when justice was taken seriously.”