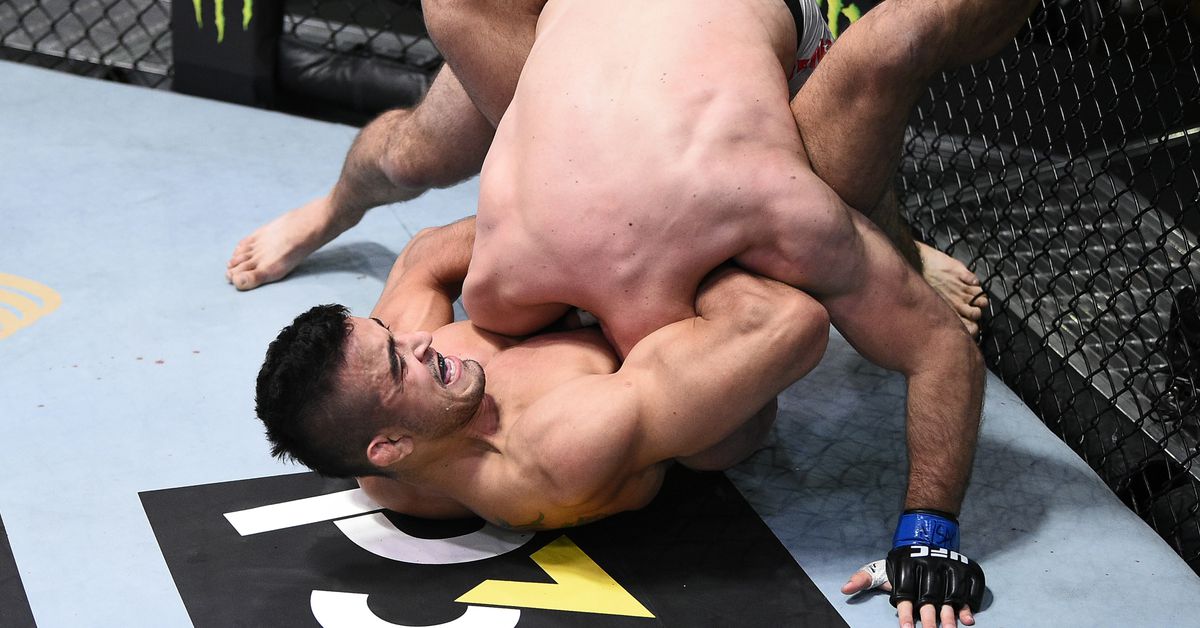 Andre Muniz looks to stay unbeaten inside the octagon when he meets Andrew Sanchez at UFC 257 on Jan. 23, multiple people with knowledge of the situation confirmed to MMA Fighting following a report from Combate.

Muniz (20-4), who had to win twice on the Contender Series in order to earn a deal with the company, has defeated Antonio Arroyo and Bartosz Fabinski in his two appearances under the bright lights of the UFC.

“Sergipano” earned a “Performance of the Night” bonus for his recent first-round armbar win over Fabinski in September.

Sanchez (12-5) has gone 4-3 so far as a middleweight in the UFC after winning the 23rd season of The Ultimate Fighter in 2016, defeating Khalil Rountree in the light heavyweight tournament final.

“El Dirte” fought once in 2020, stopping Wellington Turman by first-round knockout in Las Vegas in August.

UFC 257 will be headlined by a lightweight showdown between Dustin Poirier and Conor McGregor. The company has yet to officially announce where the event will take place.