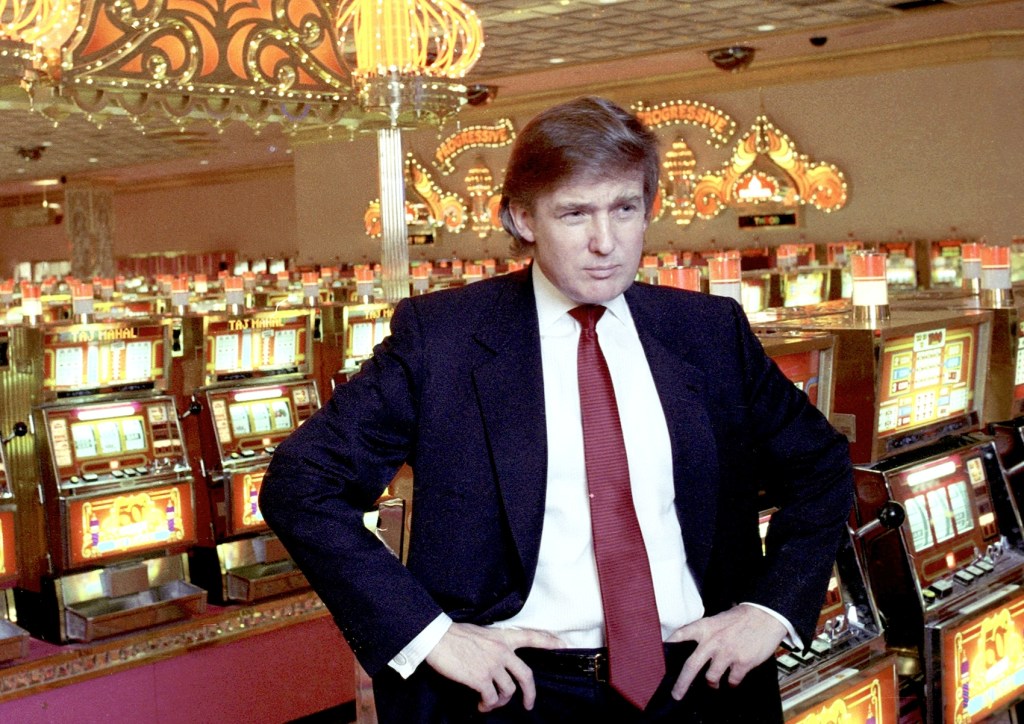 Donald Trump fears many things: leaving the White House, the Squad, a Big Mac-less meal, Tiffany asking him if he “has a minute,” and lasers. The president fears lasers.

Author Joe Goldblatt helped produce the opening of the Trump Taj Mahal Resort and Casino in Atlantic City, New Jersey, in 1990, through his firm, the International Special Events Society (now known as the International Live Events Association). “Prior to the grand opening, I produced the Taj Mahal staff-welcome event held in the enormous Trump arena. The program included a fashion show displaying the glamorous costumes that staff would soon be wearing and a speech by their owner, Mr Trump,” he wrote for the Scotsman. “Laser lights were part of this production and although I had been warned not to speak to The Donald I persevered because of my concern for his personal safety.”

Goldblatt told Trump that “when he entered to always look forward because we would be shooting laser beams over his head and if he looked backward he might be blinded by the strong burning lights.” Good advice! Even Trump agreed to follow the instructions.

Fast forward to the welcome event:

His theme music, “Eye of the Tiger,” began blaring from loudspeakers and as the bright green beams projected over his large head, Trump began his walk toward the 5,000 members of his staff. However, a mishap occurred and suddenly the laser beams dropped by a meter and appeared to project through Trump’s midsection.

Upon seeing this he immediately dropped to his knees, seemingly in fear of being severed in two by the powerful beams. I called out from the wings, “It is all right, stand up and give your speech.” He looked at me with genuine fear and then rose, walked to the lectern and, though obviously shook up, delivered his usual rant.

Sadly, there’s no video of this incident, but it still has people rolling.

Specifically: For the grand opening of his Taj Mahal casino, they had a big “magic lamp” with laser lights that would trace along the ribbon, which would be “cut in half” along their path. He thought they were actual James Bond lasers that could kill him if they missed. https://t.co/N7eaJ16tF3

Immensely looking forward to a future where the only Donald Trump articles worth publishing involve LASERS and EYE OF THE TIGER being played too loud. https://t.co/3Oj8TcgsWA

The Trump Taj Mahal Hotel and Casino was shut down in 2016.