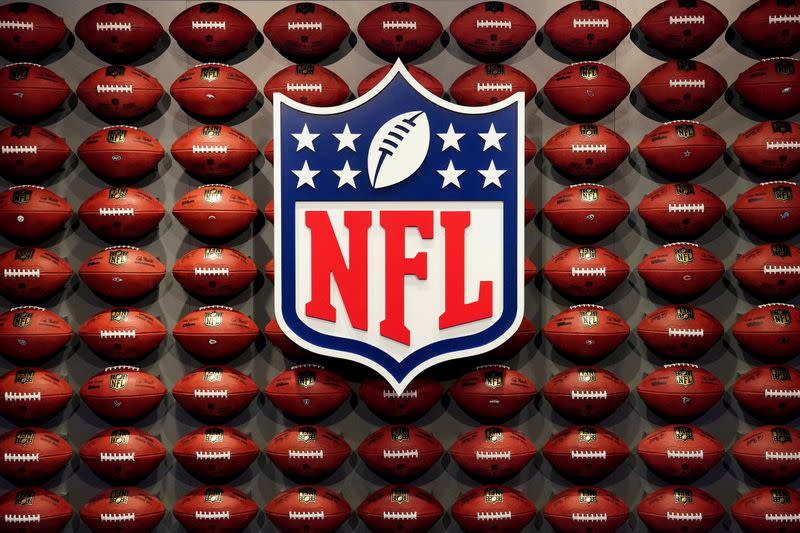 (Reuters) – The National Football League (NFL) has instructed all clubs to adopt a set of more aggressive health and safety regulations beginning on Saturday amid a rise in new COVID-19 cases across the U.S.

Clubs will operate under “intensive protocol”, an existing set of safety criteria that was previously applied on a temporary and case-by-case basis.

Among other provisions, “intensive protocol” effectively bans indoor team meetings and limits the number of players allowed in the weight room.

In a memo distributed to teams and obtained by Reuters, NFL Commissioner Roger Goodell said the decision was motivated in part by the upcoming holidays and “in particular the sharp growth in COVID-19 cases in our communities and the related increase in cases among our players and other club employees.”

The NFL said 28 teams have previously employed the “intensive protocol” at some point during the season and that the measures help minimize “high-risk contacts.”

“It has been said many times that our 2020 season cannot be ‘normal’ because nothing about this year is normal,” said Goodell. “Flexibility and adaptability have been critical to our success to date and we must continue with that approach.”

Communities across the U.S. have experienced a spike in new positive COVID-19 cases in recent weeks and the number of hospitalizations related to the novel coronavirus topped 75,000 nationwide on Tuesday, a new record.

So far 19 teams have admitted fans this season and NFL spokesman Brian McCarthy told Reuters there are no plans to order teams to stop allowing attendees, saying those decisions would be made between individual clubs and local authorities.

“We’ve been tracking COVID case trends at the local and state levels with public health officials,” he said. “No local case clusters have been reported traced back to NFL games.”

With Week 11 of the regular season kicking off on Thursday, the league has had numerous schedule changes and COVID-19 positives among players and personnel, but has so far not had to cancel any games.

Last week the league introduced provisions for an expanded playoff pool should COVID-19 force cancellations, with an ultimate goal of seeing the season through with the February Super Bowl in Tampa, Florida.

In college football, 14 games were canceled for the week due to rising COVID-19 numbers.