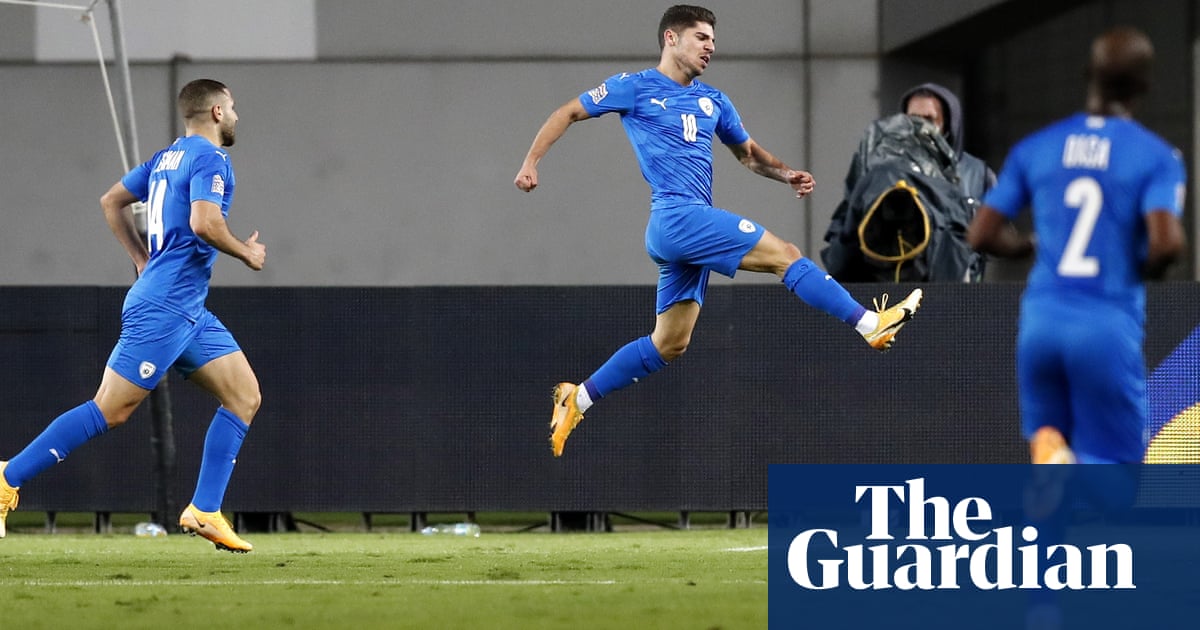 Israel’s Manor Solomon offered further evidence of his burgeoning talent as Scotland’s hopes of winning Nations League group B2 evaporated by the shores of the Mediterranean and Steve Clarke’s players received a perhaps timely reminder they are not world beaters after all.

Even though it was approaching 10pm local time at kick-off, temperatures still hovered around the 20C mark on a balmy November night in Netanya. Willi Ruttensteiner, Israel’s Austrian coach probably found the atmosphere appreciably warmer after accepting he is facing the sack in the wake of his side’s failure to qualify for next summer’s European Championship following their penalty shootout defeat against Scotland last month.

Clarke’s side proceeded to build on that victory by prevailing in another shootout, against Serbia, last Thursday to secure their own place at Euro 2020. Not that Scotland’s manager was minded to take it easy on Wednesday night.

Accordingly Clarke selected the starting XI which triumphed in Belgrade for a game he regarded as a potentially vital staging post towards Qatar 2022.

If conventional World Cup qualifiers do not clear a path towards Doha, Clark knew Nations Cup success could offer a back-door route. It all meant that rather more hinged on Scotland’s fifth meeting with Israel in little more than two years than might initially have been supposed and there was a certain urgency to the visiting play as they pressed Ruttensteiner’s players high up the pitch.

Although Solomon caught the eye, Scotland exuded confidence and, with Ryan Christie once again impressing, conjured a couple of half chances before John McGinn forced a former Easter Road teammate into a brilliant save.

When the Aston Villa midfielder met Scott McTominay’s fine cross with his head, a goal seemed inevitable but Ofir Marciano, the Hibs goalkeeper, preserved parity courtesy of some wonderful acrobatics to claw the ball from beneath the crossbar.

Shortly before half time, Solomon left David Marshall with no hope of performing similar heroics. After being cued up by Eran Zahavi, the 21-year-old Shakhtar Donetsk forward slalomed his way through Scotland’s defence, apparently taking particular delight in deceiving and dodging McTominay before shooting unerringly beyond the goalkeeper. With one highly assured swipe of a gloriously talented foot Solomon threw a line of oil drums and barbed wire across the scenic road from Scotland to Qatar.

When, at the outset of the second half, Zahavi’s goal bound shot was deflected fractionally wide, Scotland woke up with McGinn, Declan Gallagher and Stephen O’Donnell all spurning chances to equalise.

Andy Robertson appealed, forlornly, for a handball penalty and, pressing every available tactical button, Clarke threw on assorted substitutes but, resisting the temptation to switch to 4-4-2 stuck with his back three. Israel though simply sat deep and revelled in frustrating their increasingly desperate guests before almost scoring on the break when Marshall saved superbly to deny Eyal Golasa.

Admittedly substitutes Leigh Griffiths and Scott McKenna both came close to equalising but this was far from Scotland’s night.