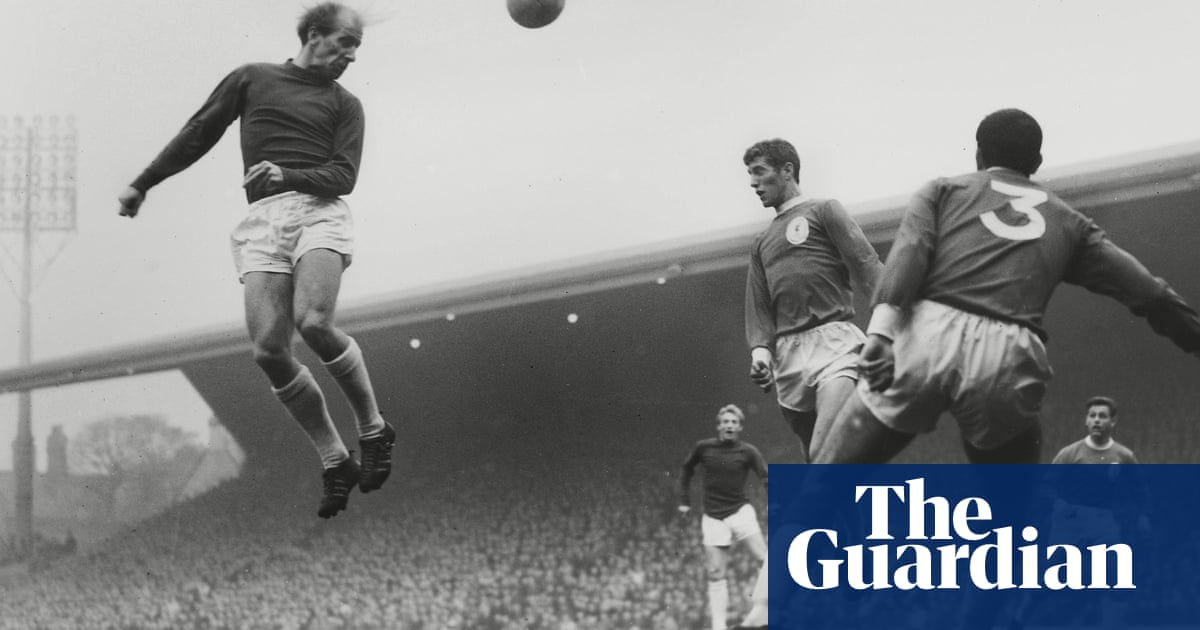 Football clubs may be required to add neurologists to their medical teams as part of plans to confront concussion in the sport.

Trials of concussion substitutes are expected to be authorised by the game’s rule-making body, Ifab, next month as the sport attempts to get to grips with the risk of brain injuries.

But the complexities of implementing a plan, including the possible recruitment of extra medical staff and the logistical and legal challenges around the trials, may mean they are not implemented until the 2021-22 season.

Why has it taken 50 years for football to connect heading with concussion? | Andy Bull

The recent diagnosis of dementia in Sir Bobby Charlton, the death of Nobby Stiles and campaigning by families of former players with dementia have returned focus to the risks of neurodegenerative disease.

On Wednesday the Professional Footballers’ Association announced it would launch a working group including relatives of former players to “help refine its support provisions for former players with neurodegenerative conditions”.

There remains great uncertainty over how to best limit the risk in contemporary generations of players, however. Action was taken this year in England, Scotland and Northern Ireland to ban heading in training for under-12s, with some limitations for older children too.

But adults face no limitations on heading practice, with Gary Lineker coming out in favour of restrictions. “There’s absolutely no reason to head the ball in training,” the former England striker tweeted.

Players face further risks during matches and in December Ifab plans to confirm a protocol that would allow teams extra substitutes in the event of an apparent concussion. If the protocol is approved at Ifab’s annual business meeting, competitions will be invited to apply to trial the protocols – with campaigners hoping these could begin this season.

Under the protocol, club doctors would have three minutes to evaluate a player on the field before deciding whether to substitute them, though that period could be longer if the player were to leave the pitch.

There are concerns that would be too short a time to properly evaluate the player and it is understood such considerations have meant the Premier League and Football Association are reluctant to commit to implementing the protocol immediately after it is agreed.

The recruitment of a specialist concussion team could be one of the solutions, according to the Ifab secretary, Lukas Brud. “Before the protocols can be implemented, logistical and legal frameworks need to be put in place, amendments to the regulations need to be agreed then approved,” Brud said, describing the hurdles to clear before trials can begin.

“We are not encouraging the introduction mid-season, only allowing it. It will be down to individual competitions. Will it require a concussion team, a neurologist on hand? These are the questions competitions will ask and they will be required to feed back on challenges.”

The announcement of the PFA’s “neurodegenerative disease working group” will also bring extra focus on the plight of former players – and their families – with these conditions.

After receiving criticism over a perceived lack of support for members with dementia, including from Stiles’s son John, the players’ union said the group would “help guide the PFA with decisions regarding the support and protection of former and current footballers”.

“Previously our support has predominantly been based on financial assistance and advice,” it said. “Now, with the guidance of our working group, we want to ensure a more holistic support system is available for former footballers and their families.”

In another development lawyers have called for former players to come forward with their stories before potential legal action. The personal injury specialists John Foy and James Byrne, alongside Nick De Marco QC, are representing a group of players and hope to establish whether clubs and governing bodies “have taken timely and proper steps to prevent the injuries we are seeing”, according to De Marco.

“The litigation is still in its early stages and we still want to hear from professional sports players,” De Marco said. “By bringing this case we hope not only to provide our clients with adequate compensation to pay for the future medical treatment and care they will inevitably need but also to bring about much-needed reform.”