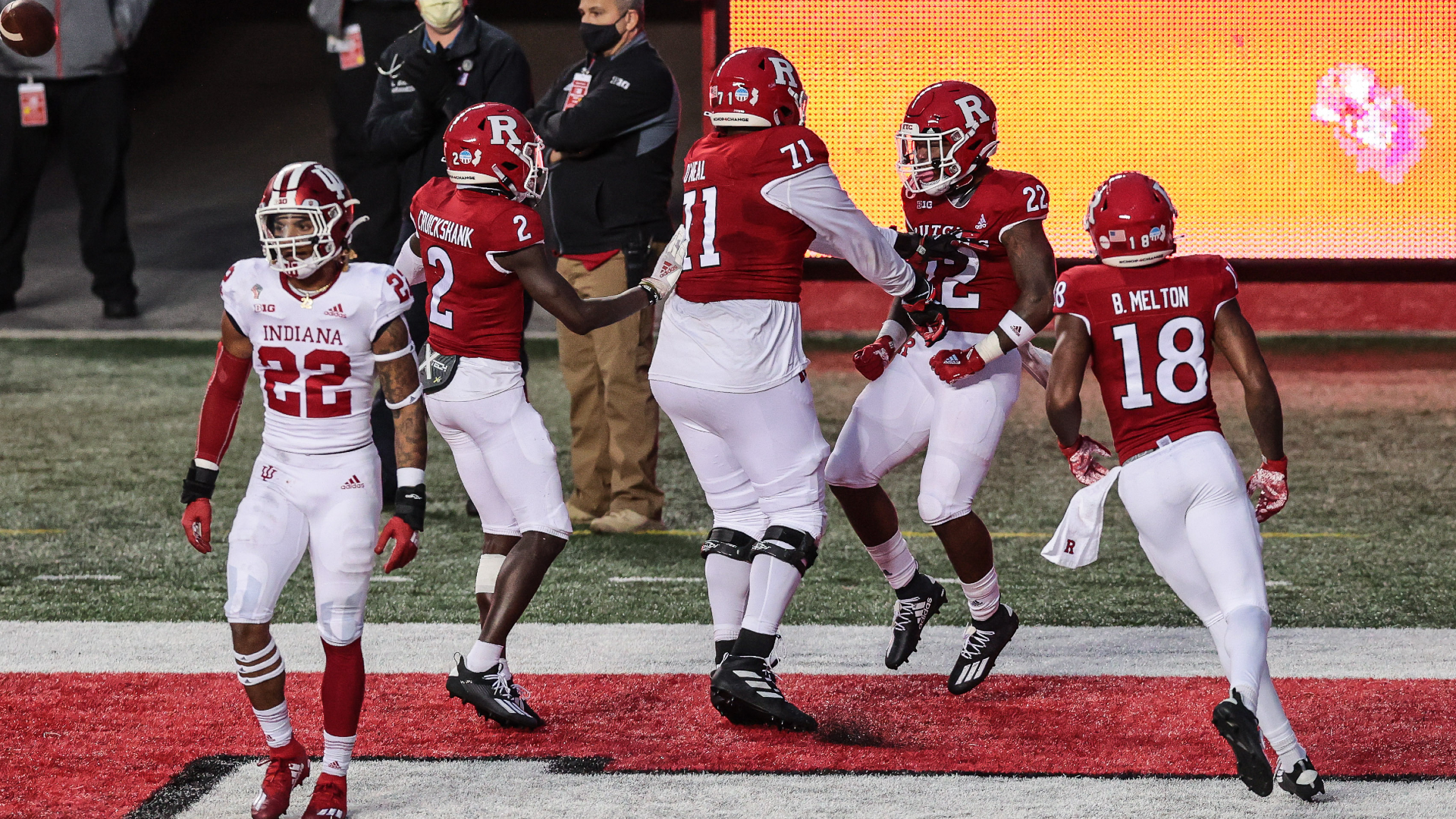 Rutgers may have lost handily to Indiana on Saturday, but they didn’t leave the game without a touchdown that will go down as one of college football’s most exciting plays in recent memory. Well, almost.

The touchdown didn’t count because one of those eight lateral passes was ruled to have gone forward. It’s a real shame, but that doesn’t mean we all can’t watch this incredible video 500 times on a loop.

Senior Bo Melton was the one to reach the endzone, but the best part of the play came when offensive lineman Raiqwon O’Neal received the ball and while two defensive players attempted to take down all 6-foot-4, 296 pounds of him, he launched the ball without looking behind him to wide receiver Shameen Jones. Unfortunately for fans of amazing plays, it was Jones’ lateral that was ruled illegal as he was falling down after getting tripped.

Of course, on Halloween five years ago another famous eight-lateral play as time expired also was almost ruled out. That was when Miami completed a dramatic game-winning touchdown against Duke as an illegal block in the back was then allowed as it was from the side.

Though the Scarlett Knights weren’t as fortunate to complete the rarely seen multiple-lateral score, it also didn’t matter quite as much. There was over a minute left on the game clock, as opposed to zero time left in the game.

Still, it would’ve been much more awesome if it counted.