The puppets are back on terrestrial TV, following their return on BritBox, this time tackling the biggest event of a chaotic year. Expect the writing team’s questionable satire to address the melted face of latex Donald Trump and a masked-up Joe Biden, as well as perhaps bringing lesser-known candidate Kanye West into the firing line, along with usual targets Boris Johnson and Dominic Cummings. Part one airs on ITV with the concluding section streaming on BritBox. Ammar Kalia

A Big History of America

An ambitious remit for this feature-length doc: to chart the history of the US, from uncolonised land to British territory and ultimate bastion of global capitalism. Pensive narration and masses of archive footage provide glimpses into the “key moments” of the nation’s history. AK

The compelling if suffocatingly bleak Danish drama continues, as detective Rolf Larsen trawls the world of organised child-trafficking in search of his missing daughter. Tonight, Larsen uncovers errors in the DNA register that could render his efforts hopeless. But will a new French lead blow the case wide open? Phil Harrison

Long Hot Summers: The Story of the Style Council 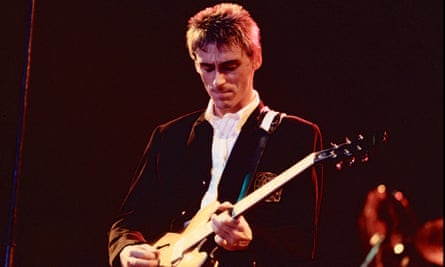 Paul Weller’s leap to pop and soul with his 80s group the Style Council was confounding to many Jam fans. Yet, it sparked huge commercial success. This joyous doc recounts the band’s six-year lifespan and its genre-splicing legacy, marking out Weller as a solo star. AK

This fun doc chronicles the 90s battle for US video game supremacy between reigning champs Nintendo and edgy underdogs Sega. It is essentially a corporate saga of rival execs trying to one-up each other but smartly channels the energy of its subject, rendering boardroom blowouts in cute retro pixel art. Graeme Virtue

A strong, three-part profile of Ulysses S Grant, with explanations from academics and reconstructions, starts by charting the 18th president’s early life and the onrush of the civil war. It’s an engrossing tale of how luck and determination combined to create a statesman. Jack Seale 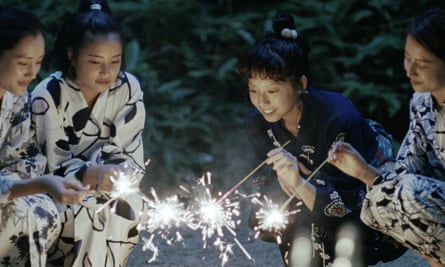 Our Little Sister, 1am, BBC Two

The gentle spirit of Ozu permeates Hirokazu Kore-eda’s perceptive family drama – not that there is much drama; events play out softly and delicately. It concerns three sisters – bank worker Yoshi, sports shop assistant Chika and nurse Sachi – who discover at their father’s funeral that they have a half-sister. Paul Howlett

Cycling: Vuelta a España 11.15am, Eurosport 1. From Villaviciosa to Alto de la Farrapona.