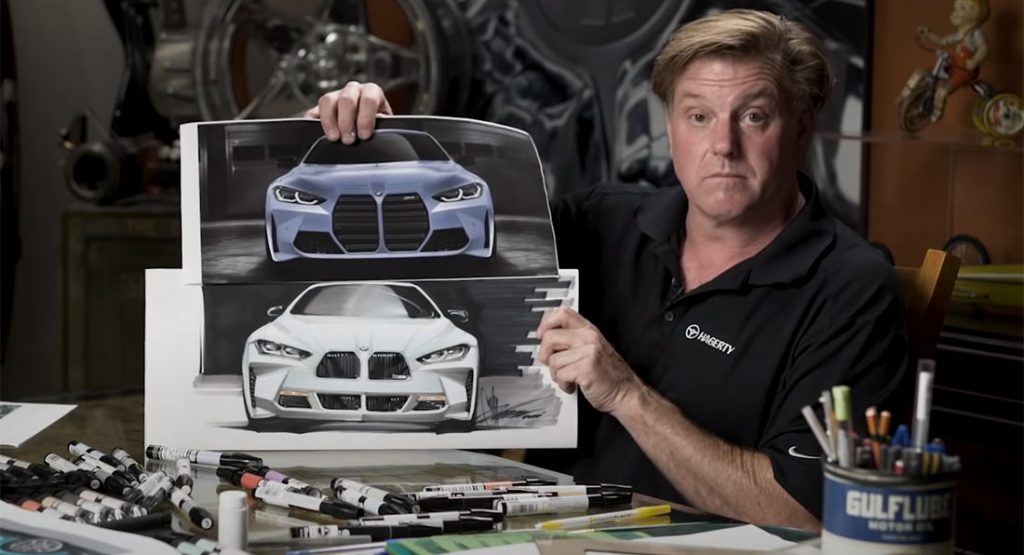 The front end of the new 2021 BMW M3/M4 has rubbed many people the wrong way, all because of the gargantuan kidney grilles. Not long after Prior Design previewed a number of revised grilles it is working on, noted car designer Chip Foose has also tried to improve the M3’s looks.

While Foose is best known for his work on old school muscle cars, he has a keen eye for detail and says that, with the new M3, the German car manufacturer has abandoned its past and lost the sophistication it is known for. He adds that the new car is only recognizable as a BMW M3 from the side, asserting that both the front and rear fascias have abandoned the heritage of the iconic performance car.

Watch Also: Chris Harris On The New BMW M3 And M4 – And, Of Course, Those Grilles

According to Foose, the current age of automotive design has been influenced by the world of sci-fi, suggesting that BMW’s designers may have taken a little too much inspiration from, say, Star Wars when designing the front end of the new M3.

To make the front end of the M3 more appealing, Foose split the massive kidney grilles into two by interjecting a piece of the fascia. In addition, he has reduced the size of the lower front air intakes and fitted a pair of horizontal turn signals inspired by those of the E30-gen M3.

Despite all the criticism about its ever-growing grilles, BMW remains firm in its belief this is the way forward. Time will tell if they’re right and whether customers will appreciate the controversial new design – or not.