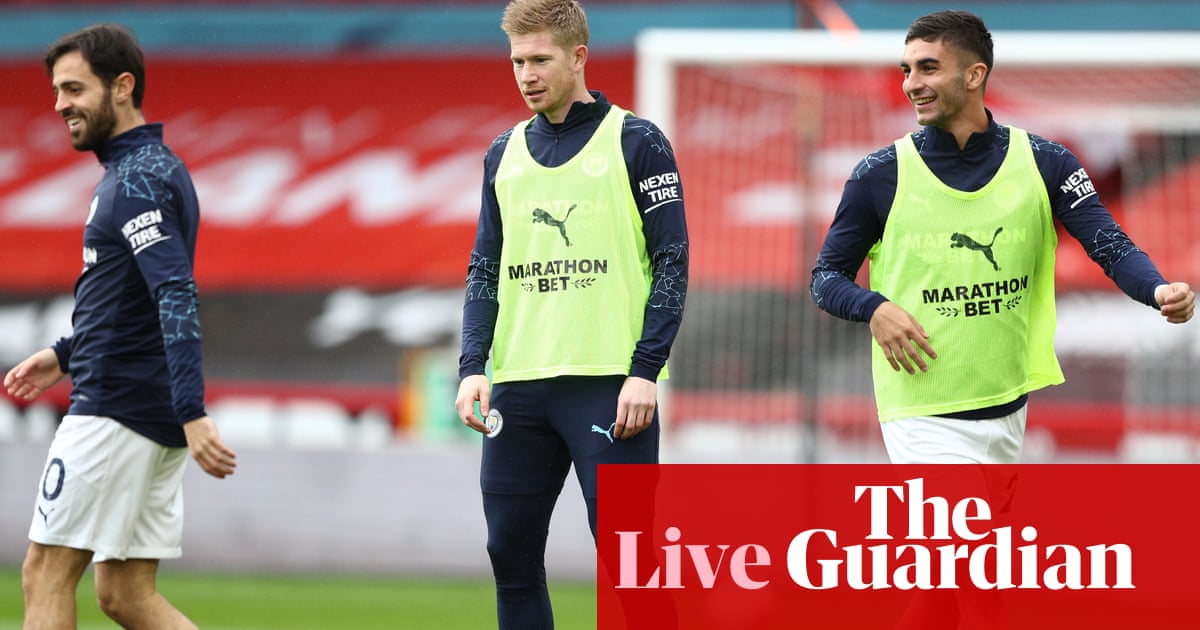 Pep’s pre-match pow-wow. “We have to be more consistent in many games to make sure we are on the right path. It is not easy to attack a defence with five at the back and a lot of people in the middle. For the striker it is most difficult. Ferran Torres did really well [against Marseille] and we try again. We know the quality of Sheffield United. The position in the table is what it is, but we know the quality two seasons ago in the Championship and last season in the Premier League, so we have no doubts. We are in the beginning of the season and they are going to get results in the future.”

Sheffield United make one change from the XI that lost narrowly at Anfield. Max Lowe replaces John Lundstram in midfield. Lundstram, who has refused to sign a new contract, drops to the bench.

Manchester City make three changes to the team that breezed past Marseille in midweek. Joao Cancelo, Bernardo Silva and Riyad Mahrez come in for Oleksandr Zinchenko, Ilkay Gundogan and Phil Foden, all of whom are on the bench. Kevin De Bruyne makes his first league start since the draw at Leeds four weeks ago. Sergio Aguero remains out with a hamstring injury.

It’s way too early to be panicking. Even so, both teams could do with a positive result this afternoon. Sheffield United still don’t have a victory to their name this season, and they’re currently second bottom, but it’s not as though they’ve been playing particularly badly: it wouldn’t have needed too much to change last Saturday at Anfield for the Blades to have taken all three points off the champions. They haven’t beaten Manchester City in the league since 2000, but breaking that run is far from a pipe dream, given City’s uncertain display at West Ham last week, and the way Chris Wilder’s side made them work for a single-goal victory here last season.

As for City? They won’t be desperate for victory … but potentially slipping further behind the leading pack won’t appeal. Pep Guardiola’s men are again coming off the back of an excellent result in Europe, this time a comfortable 3-0 stroll in Marseille, but their domestic form hasn’t sparkled quite as brightly, and they haven’t won away in the Premier League since the opening day at Wolves. They’re favourites to prevail here … though if they ship the opening goal things could get interesting, because City have failed to win any of their last seven away matches in which they’ve fallen behind.

The table’s set for a delicious lunchtime treat, then … with both a United and City win more than possible, plus everything in between. It’s on!