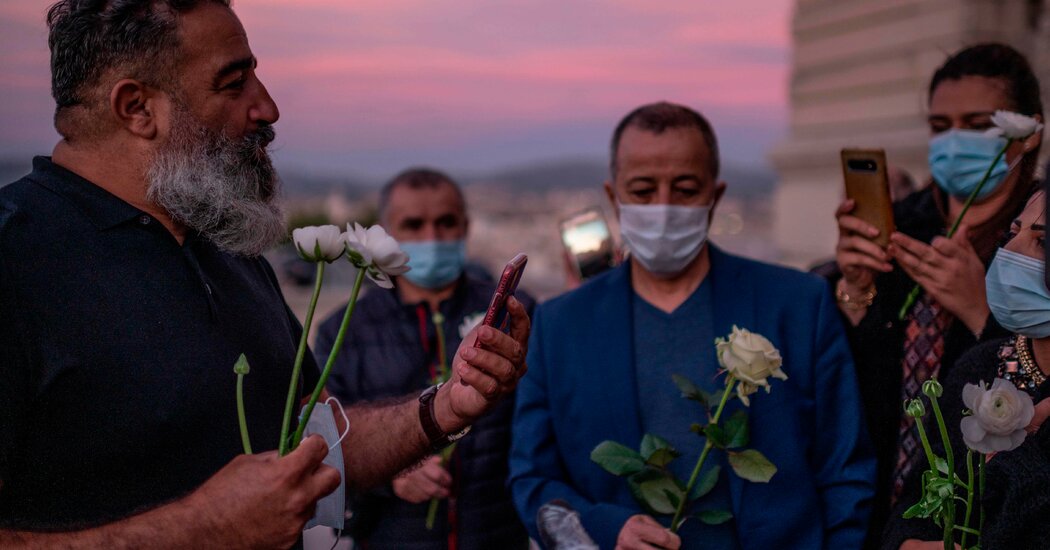 First there was the murder of Samuel Paty, a history teacher who was decapitated near Paris on Oct. 16 by a young Chechen man after Mr. Paty showed students caricatures of the Prophet Muhammad in a class about freedom of expression. Then, on Thursday, three churchgoers were knifed and killed in the southern city of Nice. The prime suspect in that attack is a Tunisian man who later yelled “Allahu akbar” at police officers.

Within days of Mr. Paty’s murder, the interior minister, Gérald Darmanin, announced a crackdown against people “who spread hate online.” BarakaCity, a humanitarian NGO that the government says “took pleasure in justifying terrorist acts,” has been dissolved. The government has threatened to ban Le Collectif contre l’islamophobie en France, a nonprofit organization that says it combats anti-Muslim racism: According to Mr. Darmanin, the C.C.I.F. is at work “against the Republic.”

In addition to security and counterterrorism measures, the French government responded to Mr. Paty’s killing by vigorously reaffirming the right of free speech — including the right to satirize and blaspheme — as well as the central role of France’s version of secularism, known as laïcité, in all state institutions, especially public schools.

In his homage to the teacher, President Emmanuel Macron said Mr. Paty had been killed for “embodying the French republic” and in his name vowed to “hold laïcité up high.”

But the French government’s conception of radical Islamism also rests on a problematic assumption: namely that the principal cause of terrorism in France is the failure of French Muslims to fully endorse the country’s secular culture.

In early October, before the recent killings, Mr. Macron had announced a new government plan, including an upcoming comprehensive bill, “to strengthen laïcité and consolidate republican principles” in order to combat what he calls “separatism.”

The president’s notion of “separatism” seems to assume that a significant minority of Muslims are tempted to set themselves apart somehow from the rest of French society, perhaps by creating enclaves in disaffected suburbs or building Muslim ecosystems of sorts around Islamic schools, halal stores or mosques.

But this diagnostic is questionable, and it risks being self-defeating: It, itself, may endanger social cohesion.

One problem with this idea is that it implicitly treats Muslims as though they were a separate category of French people, and immature citizens who lag in their comprehension of secular republicanism.

In fact, numerous studies and much statistical research, including by the Institut national des études démographiques (the National Institute of Demographic Studies), have long revealed that a majority of Muslims in France are well integrated culturally and socially (less so economically, partly because of job discrimination). The political scientist Bruno Etienne once called French Muslims “abnormally normal.”

It may be that in the 1980s and 1990s some, perhaps even many, Muslims in France looked upon laïcité as a synonym for antireligiosity or institutionalized atheism. But that thinking has long since changed.

Back in 2004, l’Union des organisations islamiques de France (the Union of Islamic Organizations in France), a major conservative Muslim group, stated, about a seminal 1905 law on the separation of church and state, “We would have liked for this law not to exist, but the law on laïcité is here and we will apply it.”

Two-thirds of the Muslim respondents in a 2016 study by the right-leaning think tank Institut Montaigne said they believed that a secular state allowed for freedom of religious expression.

In a study released last year, 70 percent of Muslim respondents said they felt that they could freely practice Islam in France. Some 41 percent also said they thought Islam should adapt in some respects to conform to laïcité — but 37 percent said they wished that laïcité were more flexible.

When Muslims in France criticize laïcité today it isn’t the republican version of laïcité set out in the 1905 law. That law aims to protect freedom of belief by requiring the French state and its institutions to remain absolutely neutral when it comes to religion: “The Republic neither recognizes nor employs nor subsidizes cults.”

Muslims who take issue with laïcité typically do so against a more recent and more ideological interpretation of it that is sometimes brandished to blame Muslims for their failure to integrate, as well as other social ills. They feel and fear that this inherently liberal principle is increasingly becoming a cover for anti-Muslim racism, a concept distorted and deployed to make racism respectable.

Jean Baubérot, a historian and expert in the sociology of religions, once warned: “Let us not use laïcité against Islam.”

It is telling, for instance, that the far-right party of Marine Le Pen, le Rassemblement national, now casts itself as the last bastion of France’s republican values, including laïcité — even though some of the conservative Catholics among the party’s core members don’t much care for the notion. A universalist principle that once stood for progress has become a defensive partisan slogan.

Mainstream political discourse in France also tends to chide French Muslims for failing to denounce Islamist radicalism vocally enough. But that accusation, too, only reflects a blind spot on the part of the political elite.

In the course of my own research, I have found numerous examples of Muslim groups condemning terrorism. After attacks in early 2015, a leading federation of Muslim groups called on mosques to say a weekly prayer asking God “to preserve France.” Muslims routinely hold services to grieve for non-Muslim victims of Islamist terrorism — and, of course, Muslims, too, sometimes are among the victims. The imam of the city of Bordeaux has become a leading figure in efforts to prevent radicalization in France.

The government’s concern about Muslim “separatism” also is problematic for conflating two distinct phenomena: Islamist terrorism, on the one hand, which does attack the symbols of the French nation and, on the other hand, Muslim communalism, which essentially is an expression of some Muslims’ identity as both French citizens and believers in Islam.

Warning against the purported risk of separatism will not help mobilize French Muslims against radicalism or encourage their sense of belonging to the nation — just the opposite.

If anything, it is the French government’s rhetoric that could end up convincing some Muslims that they are indeed different from other French people. The country’s leaders may well be accelerating the creation of precisely that which they fear: a distinct Muslim identity and community within France.

Vincent Geisser is a political scientist with the French National Center for Scientific Research at Aix-Marseille University. This essay was translated from the French by The New York Times.