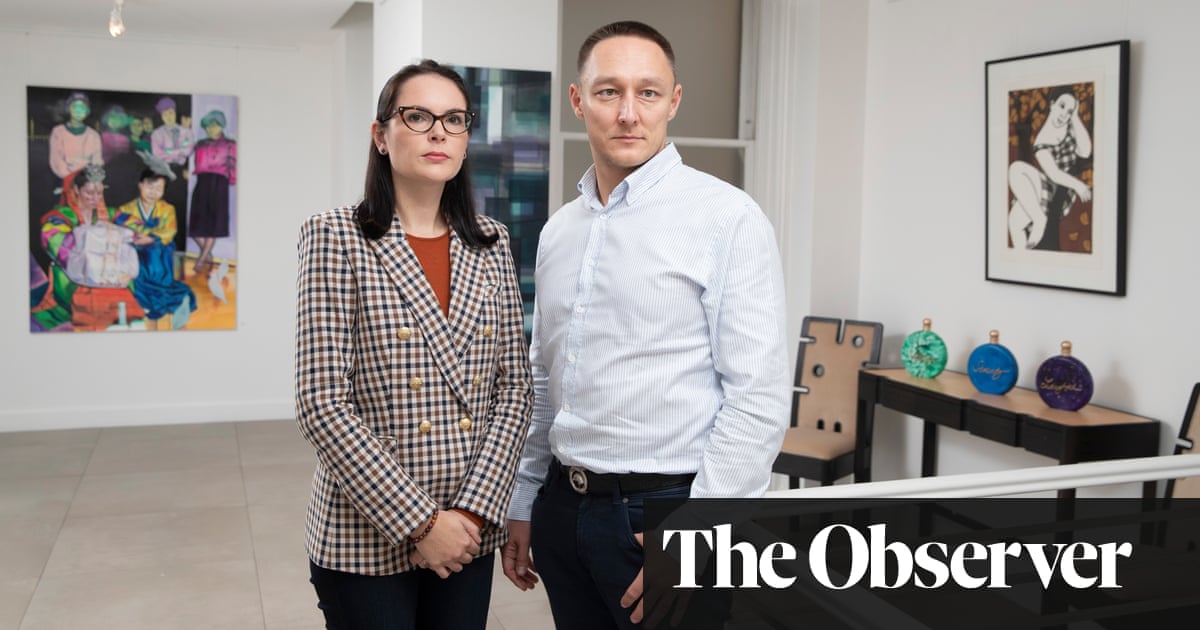 It was a murder straight from the McMafia playbook, a killing that connected Moscow to London and high finance to a criminal underworld.

In its aftermath, a group of Siberian miners launched a campaign to get justice for the murdered man – Evgeny Lazarevich, a coal mine manager who had apparently fallen foul of a magnate whose profits flowed into London via Cyprus.

But all was not what it seemed. Hacked emails revealed that the campaign was in fact being orchestrated by people with close links to the Kremlin who had an ulterior motive: to trigger an investigation by the UK’s National Crime Agency into the London-based daughter and son-in-law of the mining magnate, Alexander Shchukin. Winning support for the investigation in Westminster was a key part of the plan.

Now the son-in-law, Ildar Uzbekov, is demanding an apology from those who were sucked into the campaign, which he suspects has been waged on behalf of one of several Russian oligarchs vying for control of Shchukin’s prize asset – a highly profitable mine owned by his family trust in Cyprus.

Uzbekov, whose wife, Elena, runs an art gallery in Mayfair, has chosen to go on the offensive after two men who knew Lazarevich and had no links to Shchukin or his family were last month charged with the murder. “I am writing to those parliamentarians and all those individuals who were associated with the campaign against me demanding an apology,” Uzbekov told the Observer.

It is a gambit that could potentially embarrass Westminster. A report by the parliamentary intelligence and security committee published in July warned insufficient attention had been paid to Russian infiltration in British life.

“This campaign was orchestrated by people claiming to act in the interests of the Russian Federation,” Uzbekov said. “I am a British citizen and this was an attempt to destroy me and my family. It is only right that I seek justice.”

Stanislav Antipin, first secretary at the Russian embassy in London, was also on board in the campaign’s initial stage, suggesting it had backing at the highest levels of Russian officialdom.

Centred around a film, Blood Coal Money, the campaign erroneously sought to implicate Shchukin in Lazarevich’s murder and made a series of unfounded money-laundering accusations against Uzbekov. But the film was pulled before it was screened after Uzbekov sued for libel. In a darkly ironic example of life imitating art, a putative guest list for the premiere reveals that organisers had intended to invite the star of McMafia, James Norton, and the author of the book on which the BBC crime drama is based, Misha Glenny.

The Liberal Democrat peer Lord Razzall hosted a dinner in parliament at which a 31-page dossier reiterating the film’s central claims was distributed. And Tory peer Lord Bellingham wrote to the then security minister, Ben Wallace, raising concerns about alleged human rights abuses and money laundering after a talk from the campaign’s organisers.

Using data protection legislation, Uzbekov applied for “subject access requests” against both Razzall and Bellingham to see what contact they may have had with the campaign, which his lawyers said was being waged maliciously “by certain persons of influence within the Russian Federation to damage his reputation and cause him serious harm”. Both peers said that they had never discussed Uzbekov and were interested only in securing justice for Lazarevich’s family and encouraging cooperation with Russian prosecutors.

“It has now emerged that the person who was alleged to have been disappeared by my father-in-law was actually murdered in a parochial dispute between neighbouring gangs in Russia,” Uzbekov said. “Those who have launched and participated in the campaign ought to have known that. We deserve to have our name cleared and all investigations by parliamentarians – and other British institutions – should be called off immediately and an apology issued.”

Since the campaign against him began, Uzbekov has had his British bank accounts closed and has had to travel with an extensive security detail. The coal mine at the centre of the black ops campaign is being sold.

Razzall and Bellingham did not return requests for comment.