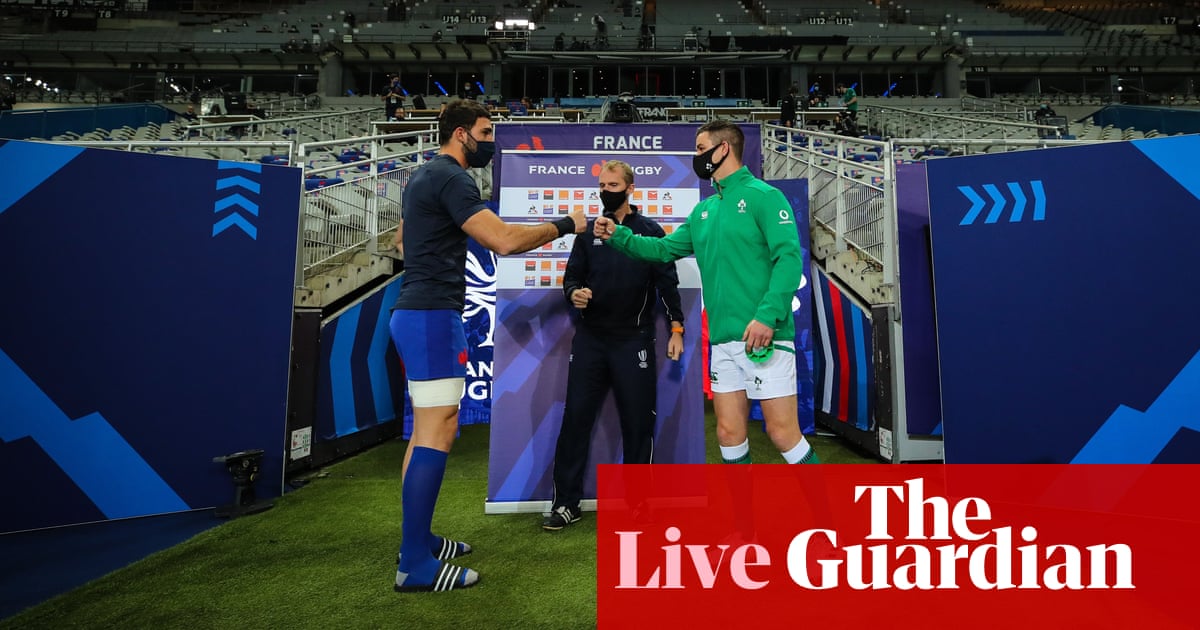 This is not the spirit, Clare. Or maybe it is? It’s hard to be sure.

The new France is on display again as Galthié hits the afterburners with a selection of huge mercurial magic in the backs, and only a slightly smaller amount in the forwards but with added anger from Le Roux and Willemse.

It is also worth noting that there is no out-half on the bench, meaning should something happen to Ntamack, a scrum-half or fullback will be playing at pivot. You can’t say it’s not something to look forward to of a lockdown Saturday night.

For Ireland, Robbie Henshaw replaces Gary Ringrose and his broken jaw in the only change from last week’s win. This means Andy Farrell has retained Hugo Keenan after his impressive debut vs Italy – so far so good – but due to this Stockdale remains an international fullback for one more week at least. This could be something the big man comes to regret.

Let’s be honest, most of us are just hoping for a completely insane match here. But why not confirm my assumptions by emailing me about it or tweeting @Bloodandmud if you can avoid all the lockdown chat on there.

Welcome to the final instalment of the Super Saturday franchise as France face Ireland at the Stade de France.

England’s win over Italy places them atop the table on 18 points, with Ireland on 14 and France currently in fourth with 13 in the bank.

Simply put, if Ireland win with a bonus point, they win the whole thing – the money, the prize hiding behind Bully, and of course the 2020 Six Nations. The other permutations are:

France meanwhile have a tougher task. In order to take the trophy they will need a win with both a bonus point and at least a 31-point margin. If anyone can then France ca… nope, it’s not going to happen, stop being silly.

One thing that appears certain is that at least one team will have to go like the clappers from the start, and that team in France. I for one cannot wait to see what that’s going to look like.