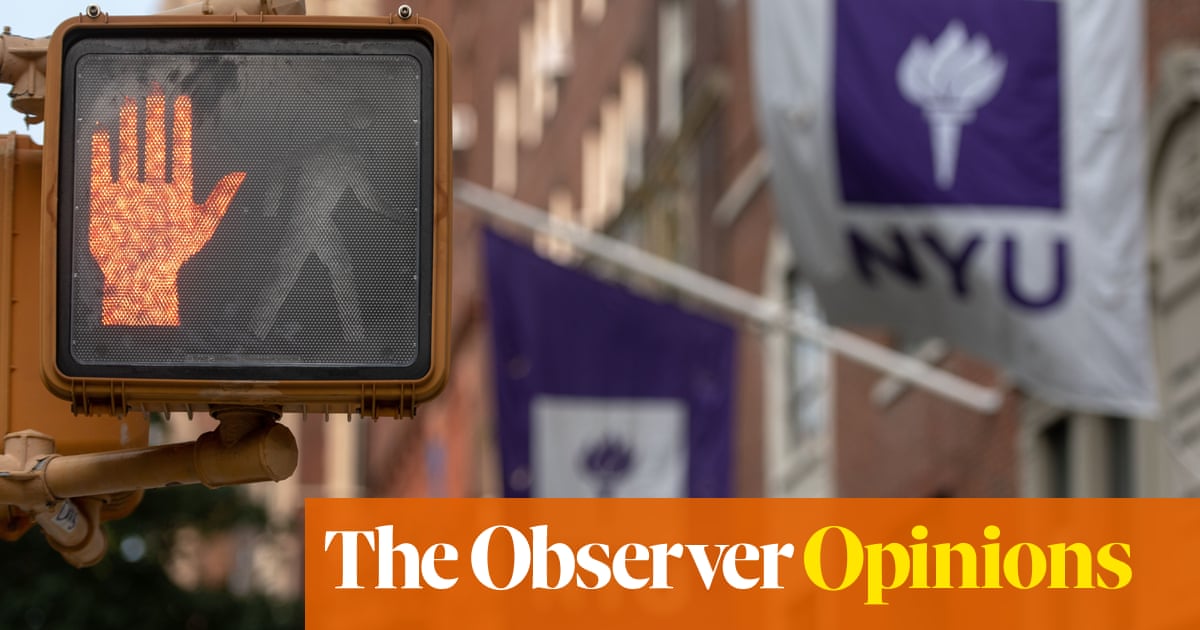 It looked like another classic Facebook scandal: a report in the Wall Street Journal with the headline “Facebook Seeks Shutdown of NYU Research Project Into Political Ad Targeting”. The story was that Facebook was “demanding that a New York University research project cease collecting data about its political-ad-targeting practices, setting up a fight with academics seeking to study the platform without the company’s permission. The dispute involves the NYU Ad Observatory, a project launched last month by the university’s engineering school that has recruited more than 6,500 volunteers to use a specially designed browser extension to collect data about the political ads Facebook shows them.”

Cue outrage, including, initially, from this columnist. Typical tech company bullying, etc, etc. The NYU project seemed like a thoroughly good idea. After the controversies about its role in the 2016 election, Facebook created an archive of political ads that ran on its platform, showing who sponsored an ad, when it ran and the location of people who saw it, but excluding information about the targeting that determines who sees the ads. The NYU researchers sought to provide journalists and others with a tool for searching political ads by state and contest to see what messages are targeted at specific audiences and how those ads are funded.

All of which seems eminently public spirited and reasonable, an impression supported by the project’s FAQs. The researchers had built a plug-in extension for the Google Chrome browser that, they explained, “copies the ads you see on Facebook, so anyone, on any part of the political spectrum, can see them in our public database. If you want, you can enter basic demographic information about yourself in the tool to help improve our understanding of why advertisers targeted you. However, we’ll never ask for information that could identify you. It doesn’t collect your personal information. We take your privacy very seriously.”

So what was the problem? Basically this: the extension has access to not simply public posts on Facebook but also to whatever content the user accessed while logged in. This would include their personal data, of course, but, as is likely in the case on many Facebook pages, also some data from the user’s friends.

So, as the veteran observer of these things Ben Thompson observed in his (subscription-only) Stratechery newsletter, “the Ad Observatory might argue that its extension is installed by people willingly, who trust the group’s promises about not collecting personal information”. The critical point, however, is that “those people’s friends did not agree to the deal, but the Ad Observer plugin has access to their information all the same”.

The problem is that Facebook, following an investigation by the Federal Trade Commission after the Cambridge Analytica scandal, was forced to pay a $5bn (£4bn) fine and sign up to a consent decree specifying how it has to protect a user’s data. “It is difficult to read this, or several other relevant sections of the consent decree,” writes Thompson, “in any other way than compelling Facebook to demand the Ad Observatory stop operating a browser extension that has access to a user’s entire Facebook page.” The fact that the NYU folks are promising not to collect anything untoward has to be seen in the light that Cambridge Analytica promised the same thing – and look where that landed Facebook.

Considering the 2019 consent decree, the company’s “cease and desist” letter is understandable, even though its tone is, as usual, crass. It’s clear that both public and regulatory pressure on them to lock down users’ data will increase, especially when that data has been obtained by third parties without consent, as could conceivably happen with the NYU extension. On the other hand, it’s not clear that Facebook can force the researchers to stop offering the browser extension because until now US courts have refused to deem web-scraping illegal. So it’s not clear how, if at all, this conflict can be resolved.

The unusual thing about the controversy is that it’s one in which both sides have arguable cases. Facebook is trying to comply with a regulation introduced after it made an expensive mistake. The NYU researchers, unlike unscrupulous web-scrapers such as Clearview, are trying to do something useful for democracy.

So what can be learned from the fracas? An obvious lesson is that a combative, legalistic approach should be a last, rather than a first, resort. The engineering school of a major university is not the same kind of challenger as, say, a Cambridge Analytica clone. Talk first, sue later ought to be a rule. But even if a less combative approach had been tried, there might still be an unavoidable clash between the public interest in transparency and Facebook’s corporate interests. While it’s conceivable in principle that the API (application programming interface) of the Facebook ad archive could be modified to allow the NYU researchers to access the information they seek, doing so might reveal some of the proprietary secrets that underpin the company’s vast revenues. In which case, getting the formula for Coca-Cola would be child’s play by comparison.

What I’ve been reading

Trump that
Ye olde editorial gatekeepers still have clout, according to a fascinating account in the New York Times of how an attempt by Trump’s goons to plant an anti-Biden story in the Wall Street Journal didn’t work.

An economical matter
A remarkable essay on the Aeon site by Dirk Philipsen of Duke University explores where favouring private over public interests has got us.

Write and wrong
How did a creep like James Boswell write one of the greatest biographies in the English language? Alvaro de Menard has some ideas at Fantastic Anachronism.