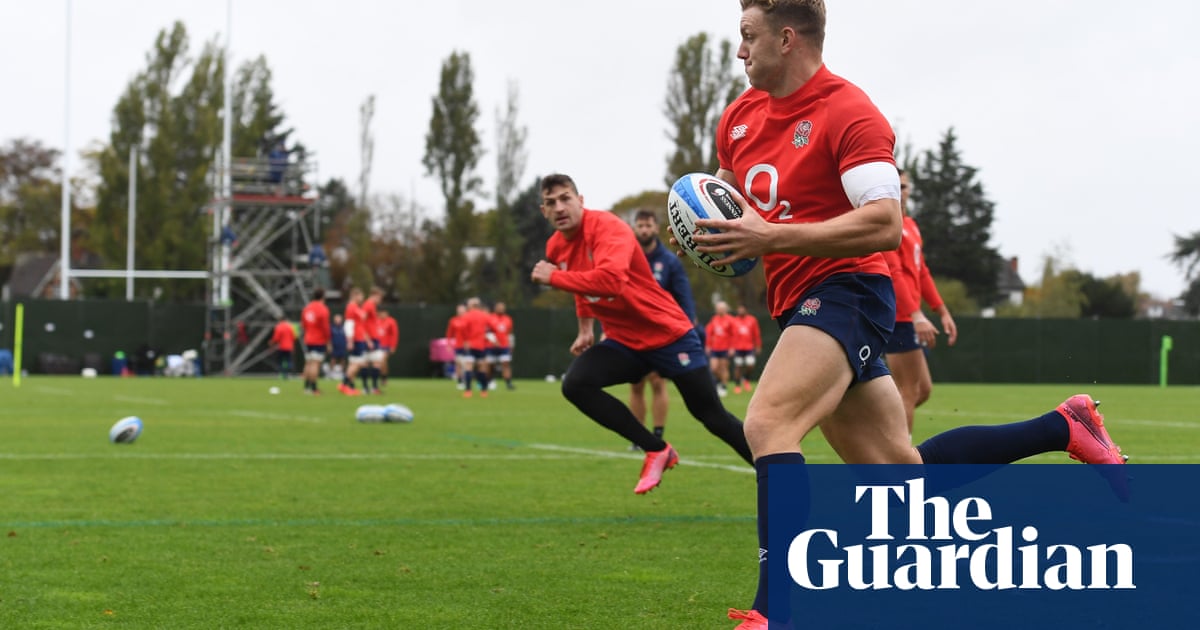 If Super Saturday truly lives up to its billing it will be bittersweet. On the one hand, we have three teams still in with a genuine chance of winning the title and the real possibility of a feast of attacking rugby in pursuit of bonus points. If it does turn out that way, though, it leaves me asking why it doesn’t happen every week.

If England and Ireland – less so the current France team because they are more built that way anyway – can flick the switch and approach these matches with an attacking mindset we may just have a day to rival the Six Nations climax in 2015, one of the classic finales in the competition’s history. I fully expect, for example, that Ireland’s attack will be significantly more dangerous than last week. But if teams can turn it on like that, why does rugby ordinarily prefer to exist in third gear? Why don’t we do more to sell our sport as this brilliant, expressive, attacking game?

The radical option is to explore ways of rewarding more attacking rugby on the scoreboard, more points for tries scored from teams’ own halves, or banning box-kicking in certain parts of the field, but fundamentally it comes down to the mindset of coaches. They need to hardwire into players that attacking rugby matters. In the Premiership this season, 65% of tries were scored off no pass – either a driving maul or a pick-and-go. Is that really the game we want to be selling? I don’t want it to be. I want the games of 2015. I know we can do it because when we’re forced to do it, that’s what happens.

Look at the first Bledisloe Cup match this month. The clock went red for eight and a half minutes and in the heavy rain both sides went up and down the pitch a number of times trying to score the winning try. Of course, as a lot of people pointed out, either side could have dropped a goal and the match would have been over in 30 seconds, but let’s focus on how entertaining it was.

If we do get the feast I’m hoping for, I also hope enough people, in particular casual rugby supporters, experience it. There are some very obvious reasons why, but this doesn’t really feel like the final weekend of a Six Nations and I’m not sure that enough has been done by organisers and administrators to replicate that sense of anticipation. Clearly, not having the migration of tens of thousands of fans doesn’t help but this is such a big shop window for rugby, not least because only a small part of the Autumn Nations Cup will be on terrestrial TV. I’m not sure we’re selling our sport well enough, on the pitch or off it.

If we are going to have the classic match in Paris that we’re all hoping for, then England have a job to do in Rome a couple of hours earlier. Eddie Jones has spoken this week about how the hardest challenge in rugby is maintaining tactical discipline and he is so right. You look at the quality in his side and they should win, they will win. But they have to figure out what their stimulus is going to be. It’s not going to come from the crowd, for obvious reasons, and it’s not going to come from the emotion, or the prospect, of just getting the result like it would against Scotland or Wales or Ireland. It has to be internal. They have to drive standards within the group to play relentlessly, with energy, for 80 minutes.

There is a temptation to say England will be rusty because they didn’t get to play against the Barbarians whereas Italy have last week’s match against Ireland under their belts. For England though, this will be a release. Looking at the events of last week, it was just another demonstration of how fragile everything is at the moment. Playing international rugby is such a privilege and Covid has really shown and highlighted that every moment is really precious. If they go into the match with that attitude, that it should be savoured, if that’s the emotion they can channel then we should see a relentless performance.

I would describe the team Jones has picked as thunder and lightning. If you look at the starting XV there are ball carriers and ball players right across it. I look at the pack, you can easily argue that six of those eight could be playing for the British & Irish Lions next summer. In the backs, there is technical beauty, great passing ability and loads of pace. And when I look at the bench, in Tom Dunn, Charlie Ewels, Ellis Genge, Ollie Lawrence and Ollie Thorley I see a lot of power. I really like the contrast of the XV and the replacements.

I specifically mention the replacements because they have a huge role to play. England will take a lot from the World Cup warm-up match against Italy and fully understand the need to keep performing for 80 minutes. They just have to keep doing the little things, stick to the game plan and put into place everything they have been planning this week. We saw Marcus Rashford come off the bench and score a hat-trick in midweek, that might be Thorley on Saturday. If so, and all goes to plan, Saturday will indeed be super. I just hope it is not a one-off.