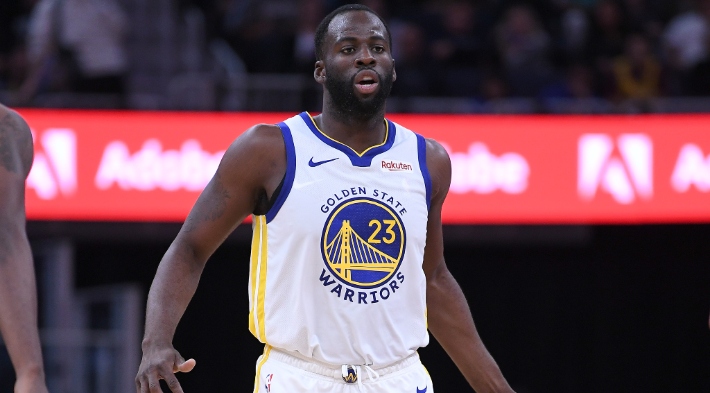 The Big Ten saw a gigantic upset on Saturday afternoon. The Michigan State Spartans, fresh off of a loss to Rutgers in which they could not stop the Scarlet Knight offense, took down 13th ranked Michigan in Ann Arbor, 27-24. The Spartans let it fly on offense, throwing for 323 yards and oftentimes drawing penalties against the Wolverine defense, while they were able to bear down and get enough stops on defense.

The game also featured a pretty fun subplot: Draymond Green, who appeared on Fox’s pregame show, watched the game with his Twitter account at the ready, live tweeting the festivities and even calling on the Michigan State offense to attack a member of Michigan’s secondary.

While appearing on the pregame show, Green bantered with Michigan legend Charles Woodson, and made it a point to trash talk the former Heisman Trophy winner. He must have known it would have gone viral, because he also used that tweet as a chance to tell people to go vote.

And from there, Green kept the support for his alma mater going, including taking a special level of joy in anyone who said that Wolverines coach Jim Harbaugh should have been fired for losing to his rival.

And here comes the fire harbaugh tweets hahahaha what a fan base 🤷🏿‍♂️… GO GREEN BABY!!!

All my Michigan folks, enjoy the weekend and remember this is MORE THAN A VOTE!!!

Athletes vocally supporting the school they attended (or, in the case of LeBron James and Ohio State, love despite not going there) is nothing new, but Green went full Spartan in getting joy out of prodding Michigan.