Jürgen Klopp has wished to avoid the subject of late – his reticence fuelled by a combination of a defensive injury crisis and a reluctance to tempt fate – but should Liverpool avoid defeat against West Ham on Saturday they will equal a club record of 63 league games unbeaten at Anfield. The record was set by Bob Paisley’s defending champions between 25 February 1978 and 31 January 1981 and covered the entirety of two consecutive title-winning campaigns, another feat their successors are seeking to emulate. We look at how the runs were achieved …

One can imagine the reaction of Paisley, Joe Fagan, Ronnie Moran et al in the old Anfield boot room when Klopp criticised the decision to drop the five substitutes’ rule in this season’s Premier League. In 1977-78 they could make one substitution, and changes in personnel or to 4-4-2 were rare throughout the unbeaten sequence. There were 16 players on the official team photo for that season and only one major signing that summer – Kenny Dalglish for a British-record fee of £440,000 from Celtic. Steve Ogrizovic and Graeme Souness would arrive in November and January respectively. Klopp’s first-team squad comprises 28 players, reflecting the heightened demands of elite club and international football. 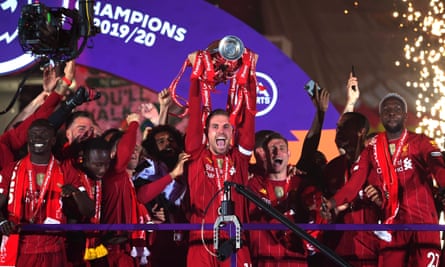 The record began with a 3-1 win against Manchester United. Souness opened the scoring with his first goal for the club, a thumping left-foot volley from Terry McDermott’s cross, before Ray Kennedy and the substitute Jimmy Case sealed victory. “Souness signals a strong surge”, read the headline on the Guardian’s match report by Patrick Barclay. “If Bob Paisley’s instinct about Liverpool is reliable – and after 39 years working for the club it should be – the destruction of Manchester United should banish the European champions’ recurrent staleness and signal a powerful last lap to the season,” he wrote. “Paisley, who takes them to Lisbon this week for the European Cup quarter-final against Benfica, said an open atmospheric match with United had been needed to ‘make players realise the season had started again’.”

It was a prescient assessment. Case scored again in a 2-1 win in Lisbon, and Paisley’s team would retain the European Cup thanks to Dalglish’s winner against Brugge at Wembley. They would not taste a league defeat at Anfield for almost another three years, when Pat Byrne and Jim Melrose gave a struggling Leicester a surprise 2-1 win against a Liverpool team missing Dalglish, Alan Hansen, Alan Kennedy and David Fairclough. 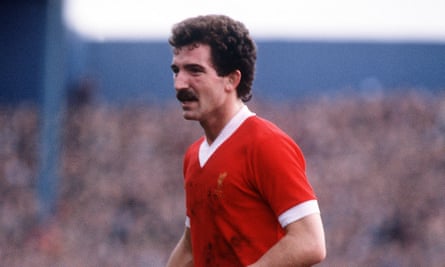 The 10th game in the record run under Paisley is regarded as one of the most complete performances by any Liverpool side: the 7-0 destruction of a Tottenham team containing Glenn Hoddle, Ossie Ardiles and Ricky Villa. The final goal, Paisley mused, “must be the best goal Anfield has ever seen”. Barclay described it thus in the Guardian: “One fine angled pass by Dalglish, briskly followed by an even better one from Johnson, sent Heighway down the left and his perfect cross was headed in by the hurtling McDermott with Tottenham’s defence as open-mouthed as the rest of us.”

Other notable results included a 2-0 defeat of Nottingham Forest in December 1978 that ended the reigning champions’ record of 42 league games without defeat and signalled another shift in Liverpool’s power battles with Brian Clough’s men. Seventeen months later, Liverpool secured their fourth title in five seasons with a 4-1 win against Aston Villa. “Once again the championship trophy will leave Anfield only to visit the engraver,” David Lacey wrote in the Guardian. His Soccer Commentary included a one-line transfer update: “Last week Liverpool paid Fulham and Chester a total of £650,000 for a defender, Richard Money, and a young forward, Ian Rush.”

There have been several memorable triumphs throughout the current run, which started in May 2017 – not least the 4-3 and 3-1 wins against Manchester City and the 2-0 defeat of United in January when the Kop embraced the reality that a 30-year wait for the title was coming to an end – but the most significant to Klopp are less heralded. The 3-0 win against Middlesbrough on the final day of the 2016-17 season secured Champions League qualification for the first time in his tenure; a key step for all that has followed. The 4-0 defeat of Crystal Palace last season was the first game played behind closed doors at Anfield but the performance, and the points that ensured the title was won 24 hours later, brought compensation for that miserable development. 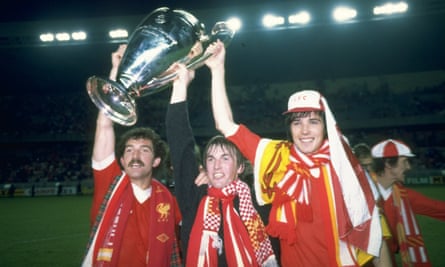 Klopp’s Liverpool have won two more matches and scored 22 more goals in their 62-game unbeaten run than Paisley’s Liverpool achieved in 63. The statistics underline their extraordinary firepower but also the defensive might of their predecessors. Paisley’s Liverpool kept 41 clean sheets and conceded 27 goals during a run of 49 wins and 14 draws, scoring 142 goals. Today’s Liverpool have kept 33 clean sheets and conceded 41 goals while winning 51 and drawing 11, scoring 164 times. Twenty-one of those 51 victories have been by a three-goal margin or more. For Paisley’s team the figure was 20. Perhaps it is simply Liverpool’s superiority, not the chasm between the Premier League elite and the rest, that explains the similarity.

On the surface – and on the touchline, and in their media persona – there could not be two more contrasting figures. Fist pumps in front of the Kop were not quite Paisley’s thing. Indeed, it seemed a feature of every Liverpool title presentation under Paisley that he had to be coerced into a few self-conscious waves to an adoring crowd. After leading Liverpool to their 12th league title in 1980, the manager said it was not his style to celebrate publicly. “I do feel it inside though,” he said. “Nobody with any feelings for the game could ever tire of moments like this. Football’s about winning. You have to entertain too, but winning is the main point.”

At this point in Paisley’s managerial career, he had won four league titles, two European Cups and one Uefa Cup in six seasons since reluctantly succeeding Bill Shankly. Paisley’s words suggest he would have easily found common ground with Klopp despite the differences in personality. Both value longevity and loyalty, share a fierce competitive streak and know how to create and maintain a winning machine at Anfield.