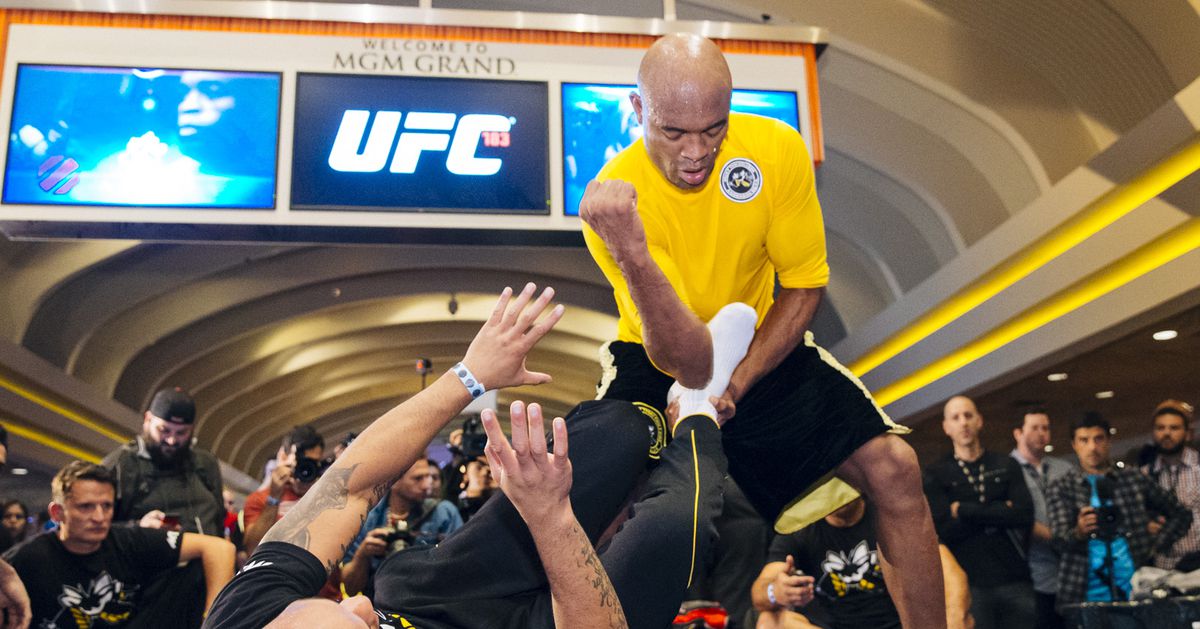 Anderson Silva’s accurate strikes have dropped dozens of MMA fighters for more than a decade, and we’re not talking about the ones he’s faced inside the octagon.

“The Spider” once reigned supreme as the best 185-pounder on the planet in the UFC, stopping the likes of Vitor Belfort, Forrest Griffin, Rich Franklin, Nate Marquardt and many others. To get ready for those bouts, Silva had the help of countless of sparring partners throughout his career.

Roberto “Facada” Neves is one of the athletes that played the role of a punching bag that fires back. A member of Silva’s camp since his rematch with Chael Sonnen in 2012, Neves is an experienced striker that has seen it all inside rings and cages, but nothing like The Spider.

“I have a total of 135 fights between muay Thai, sanda and MMA, and have never sparred with someone as skilled as him,” Neves said in an interview with MMA Fighting. “It’s a complicated mission. When he tells me, ‘Hey, man, come help me here,’ I prepare really well because I know it won’t be easy.

“He’s so skilled and versatile, he’s so unpredictable, so… It’s not even a training session, it’s like war really because one split second in there and you can get knocked out. I’ve seen many sparring partners going down, getting knocked out in camp. He’s not normal. He’s above average.”

Neves, who has traded punches and kicks with 135 opponents throughout his life as a professional athlete, admits it’s not easy to accept the idea that someone can toy with you like that in the gym.

“I had just left the Brazilian sanda national team. I was on the team for five years, when I started working with him,” Neves said. “I was a Pan-American champion and won several other titles but never faced someone that could beat me up like that, that could literally kick my ass [laughs].

“The first sparring we did I was like a shuttlecock in his hands [laughs]. I felt bad. I was like, ‘I really have to get better. Damn. He’s out of this world.’ I’ve learned so much all these years, he was teaching me. Now I can say… I can successfully run from him [laughs].”

That said, things have changed compared to when Neves started working with Silva eight years ago. Silva was the middleweight king back then, and now faces Uriah Hall in an attempt to improve his recent record to 2-6-0-1. Neves said, however, that the oldest fighter in the UFC roster “still has a lot of wood to burn” as he headlines UFC Vegas 12 on Saturday.

“What changed (since the Sonnen rematch) was his head,” Neves said. “He’s gotten more mature with everything that happened, the trajectory of his career. The time away from fighting has gotten him more excited, too. We can see he’s really hungry for this fight, he wants to fight and prove he can continue (fighting), and I believe he’ll put on a show. I don’t think it will last five rounds. Anderson really wants this. He loves it. This is his life. He’s in great shape, both technically and physically, and will impress everyone.”

“I foresee a knockout,” he added. “There’s no way Anderson doesn’t knock this guy out. Anderson beats him on the feet and on the ground, honestly. Uriah Hall is a dangerous guy, but I don’t see any other scenario other than a knockout.”